Forest research in the Wind River area, just north of the Columbia River in Washington, dates back to the early years of the Forest Service. In 1908, Thornton T. Munger was assigned to the Forest Service's new North Pacific District in Portland, Oregon. Almost immediately, Munger began detailed studies of the Douglas fir trees found in the western Cascades, establishing research plots in the Wind River area of the Columbia National Forest (renamed the Gifford Pinchot National Forest in 1949). During these same years another forester from the Portland office, Julius Kummel, began planning a nursery in the area. Kummel chose a spot near the Hemlock Ranger Station on the Columbia National Forest and established nursery operations. Further expanding his own research operations, Munger established the Wind River Arboretum in 1912. The arboretum was established to test the suitability of exotic trees to the specific climate and conditions of the Pacific Northwest. 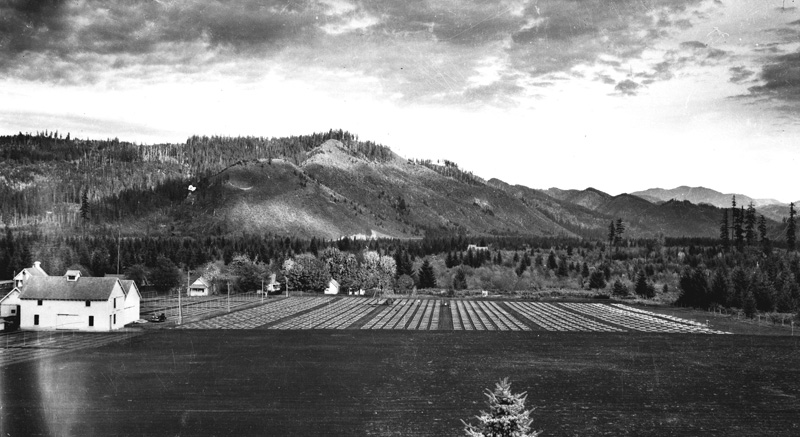 The amount of research work taking place at Wind River, along with the existing nursery and arboretum, made the area a natural fit for a permanent Forest Service research site. Having established the first experiment station in Arizona in 1908, the agency was interested in a similar site for the Pacific Northwest. In 1913, the Wind River Experiment Station was officially designated by the Forest Service, and J. V. Hofmann was hired to be its director.