March 1, 2011, marked the centennial of the Weeks Act — the "organic act" of the eastern national forests. Signed into law by President William Howard Taft, the Weeks Act permitted the federal government to purchase private land in order to protect the headwaters of rivers and watersheds in the eastern United States and called for fire protection efforts through federal, state, and private cooperation. It has been one of the most successful pieces of conservation legislation in U.S. history. To date, nearly 20 million acres of forestland have been protected by the Weeks Act, land that provides habitat for hundreds of plants and animals, recreation space for millions of visitors, and economic opportunities for countless local communities. As one historian has noted, "No single law has been more important in the return of the forests to the eastern United States" than the Weeks Act. 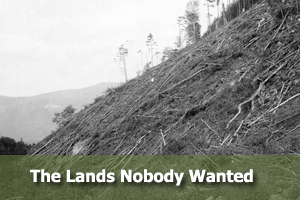 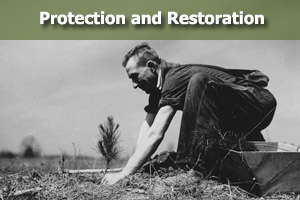 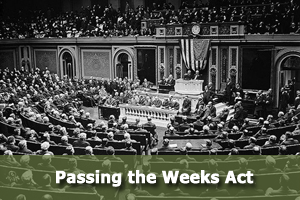 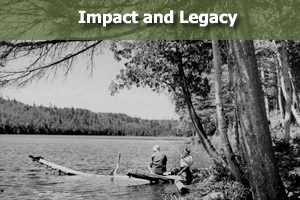 On the following pages, you can learn about the Weeks Act — from the Lands Nobody Wanted, to the legislative work behind Passing the Weeks Act, the resulting Protection and Restoration initiatives, and the Act's enduring Impact and Legacy.

You'll also find a listing of the forests created under the Weeks Act, and a compilation of Weeks Act history digital resources from our library and archives. For a brief overview, watch the video below, courtesy of the FHS YouTube Channel (the clip is a DVD extra from the documentary film The Greatest Good). An in-depth look at the history, impact, and future of the Act can be found in the special edition Weeks Act Centennial issue of Forest History Today. For further discussion, read our Weeks Act Centennial blog series by Dr. Bob Healy of Duke University’s Nicholas School for the Environment. Also watch Dr. Healy's 2011 lecture "Policymaking Under Conditions of Uncertainty: The Weeks Act and the Eastern National Forests," now available for online viewing.