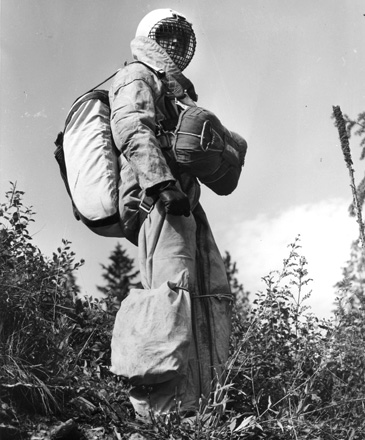 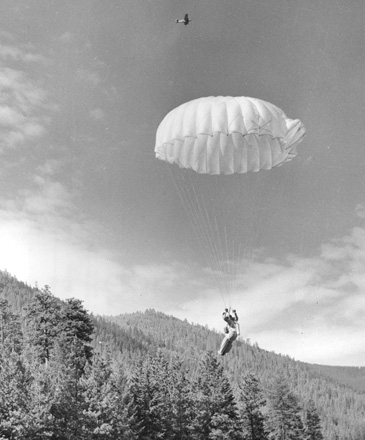 Following World War I, the Forest Service began the very initial stages of using aircraft for aerial fire detection in parts of the western United States. In 1935, the Aerial Fire Control Experimental Project was created to fund experiments in the use of water and chemical bombs for fire suppression. The Aerial Experimental Project was moved from California to the North Pacific Region (Region 6) area in 1939 and the project's focus was switched to experimenting with parachute jumping. The next year, 1940, saw the first operational use of smokejumpers by the Forest Service. The first official jumps in history were made on the Nez Perce Forest in Idaho in July 1940.

Browse photographs of smokejumpers on the FHS Image Database.