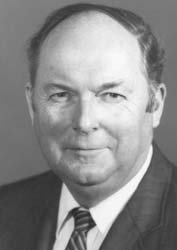 Robert E. Buckman was a career researcher and administrator with the U.S. Forest Service between 1953 and 1986. Earning a Ph.D. in forestry and conservation from the University of Michigan in 1959, he exemplified the new generation of scientists coming into the agency at the time. His training in statistical design and analysis would eventually become the research standard in the Forest Service, superseding the descriptive studies of an earlier era. A doctorate in a relevant scientific field became the norm for forestry research investigators by the end of the 1960s.

The culmination of Buckman's career was the ten years he spent in Washington , D.C. as Deputy Chief for Research in charge of all studies and experiments conducted under the aegis of the U.S. Forest Service. He came into this position in 1976 during the Carter administration, when there were nearly a thousand scientists at eight experiment stations, the Forest Products Laboratory, the Institute of Tropical Forestry , and nearly a hundred each of field locations and experimental forests and ranges.

Soon after assuming the post of Deputy Chief, Buckman applied his leadership talents to propel passage of the Forest and Rangeland Renewable Resources Research Act of 1978. This law updated earlier legislation authorizing the Forest Service to conduct basic research. It addressed areas of inquiry that had not previously been clearly defined, such as international work, multiple use projects, outdoor recreation, and renewable resources.

Also while Deputy Chief for Research, Buckman inspired a pro-active stance among coalitions that led to increased cooperation among the 60 forestry schools and colleges, federal and state research programs, international forest science groups, and public and private land management organizations. Throughout his tenure, he dedicated himself to upgrading the quality of forestry research. He viewed this latter effort as building on the foundation begun by his predecessors.

A native of Wisconsin , Robert E. Buckman attended the University of Minnesota, receiving his undergraduate degree in 1950, followed by a master of forestry degree from the university in 1953. On a Charles H. Bullard Fellowship, he received a second master's degree in public administration from Harvard University in 1969. In addition to his formal eductaion, Buckman also served with the U.S. Army from 1944 to 1947, and again from 1950 to 1952. 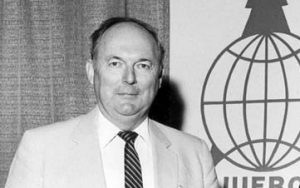 Robert Buckman served as President of the International Union of Forest Research Organizations from 1986-1990.

In the course of Buckman's rise through the administrative ranks of the Forest Service over two decades, he directed several basic research programs. While at the Pacific Northwest Forest and Range Experiment Station, for example, he expanded research on control of the Douglas-fir tussock moth. And at the Lake States Forest Experiment Station, he focused on northern conifers and aspen forest types with special emphasis on the use of prescribed fire as a tool for managing northern pines. He published several papers on the latter subject.

But always Buckman's talent for administration and leadership seemed to trump his instinct for pure research. After a decade at the Lake States Forest Experiment Station laboratory in Grand Rapids, Minnesota, where he worked from 1955 to 1965, quickly rising to project leader, he moved up the Forest Service's chain of command to the Division of Timber Management Research in Washington , D.C. His final two years in the capital during this sojourn were spent as staff assistant to the Deputy Chief for Research. He would return in 1975 to be Associate Deputy for a year prior to his appointment to the top position.

Buckman left Washington for Portland , Oregon in 1971 to head the Pacific Northwest Forest and Range Experiment Station. It was during his years in Portland that he demonstrated his ability to facilitate action in collaborative settings, while at the same time lending his support for more basic research on the biological control of the Douglas-fir tussock moth.

In Portland , he chaired the Pacific Northwest Research Natural Area Committee. This group of federal, state, and private agencies drew up standards for natural areas, and recommended that new ones be established. The committee's mission was to assure the preservation of sufficient examples of native environment for future research and educational use. The establishment of coastal Oregon 's Cascade Head Scenic Research Area and Research Natural Areas throughout Oregon , Washington , and Alaska resulted from the work of this coalition under Buckman's leadership. Furthermore, Buckman encouraged the development of interdisciplinary research programs in Alaska and eastern Oregon .

After his retirement from the U.S. Forest Service in 1986, Buckman moved back to the Pacific Northwest . He took a part-time professorial appointment at Oregon State University in Corvallis where he taught international forestry and forest policy and guided the degree programs of several graduate students. Simultaneously, he served as president of the International Union of Forestry Research Organizations.

Some forty years after his initial research on managed red pine stands, Buckman returned to the subject with the aid of a substantially larger data base. As lead author, he published with three colleagues a technical report titled “Growth and Yield of Red Pine in the Lake States.” It was issued by the U.S. Forest Service's North Central Research Station in 2006.