Camping in the National Forests

Perhaps in response to often harsh and demanding working conditions, overcrowded city life, or a pervasive desire for a simpler existence, camping became a popular pastime in the late 19th century. Several publications from that period describe in enthusiastic detail the particular advantages of various styles of tents, stoves and clothing, as well as tips for successful outings.1

Every year sees large additions to the army of tired mortals who flee the rough-and-tumble struggle for bread, and seek refuge in the wilderness; who take up their abode for a season in tents in the woods, in the mountains, by the lake-side, or on the river bank.

Bringing just what they needed to set up a temporary home in the natural shelter of the woods, early campers arrived to the national forests on foot, horseback, or wagon. Attracted by the adventure of living out of doors and experiencing nature at close quarters, they were there to go "gypsying," to experience the renewed sense of freedom one finds in the natural world.

While it was informal and unsupervised in the early years, camping was recognized as a significant use of the newly reserved national forests. 1902 regulations issued by General Land Office, Department of the Interior, required that "specially desirable camping grounds or place[s] of resort" be considered for protection from the private development of hotels or sanitariums on national forest land.2

Transient camps are, of course, pitched wherever the recreation seeker chooses to wander, without permits, restrictions, or formalities of any kind...

Thousands of campers were drawn to the scenic beauty of the national forests, and their numbers steadily increased throughout next century. The first camping club was formed in 1910, calling themselves the "Tin Can Tourists."3 In 1912, the Forest Service reported 231,000 campers in the national forests. Mountain forests close to urban areas were the most heavily used. National forest land could be leased for building private summer homes and camps, and some cities also leased land to build municipal summer camps for their citizens. The Los Angeles Municipal camp in the San Bernardino Mountains, built in 1916, is one such example.4 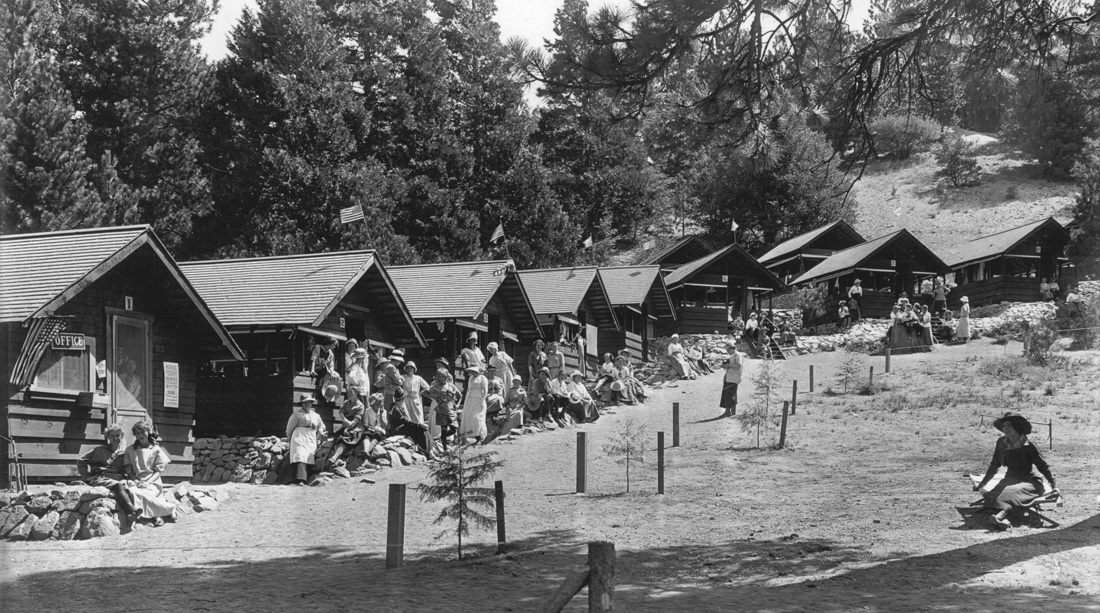 Such heavy use was seen as both positive - people were enjoying and utilizing the healthy benefits of the forests, and negative - there were growing problems with sanitation and degradation of the environment. Forest managers responded by designating camping areas and equipping them as best they could within their limited budgets. They created make-shift stoves and outhouses using whatever leftover materials they could find, but the problems related to overuse grew steadily worse.5 Only in 1924 did the Forest Service budget include a line item for campground development, in the amount of $37,631.6 Yet even as progress was made, public demand continued to outgrow existing services.

As automobiles became increasingly accessible to the middle class after the First World War, the Forest Service saw a huge increase in campground use. A 1922 study of the 960 campgrounds in the national forests showed over a million people used them annually. The 1923 Report of the Forester states that "it has become clear that if the annual occupancy of the national forests by increasing millions of people is not properly provided for serious consequences to the public health and property will develop."7

In the United States, a new and increasing way of satisfying this desire for recreation and adventure has swept the country. Motor camping has become a leading national pastime. Thousands play golf every year, tens of thousands play tennis, hundreds of thousands play baseball, but in the past few years, millions have gone in for motor camping.

The numbers of campers continued to rise, due in large part to the popularity of motor camping. For years people had customized their automobiles for camping, adding fold-out tents, cooking platforms, even toilets. In 1910, several companies began manufacturing trailers, or auto-camps. They were designed specifically for camping, bringing a new level of convenience, and even luxury, to the camping experience.8 Trailers became so popular that one Forest Service employee was driven to circulate a diatribe about their destructive effect on campgrounds in 1935, titled "The Trailer Menace."9 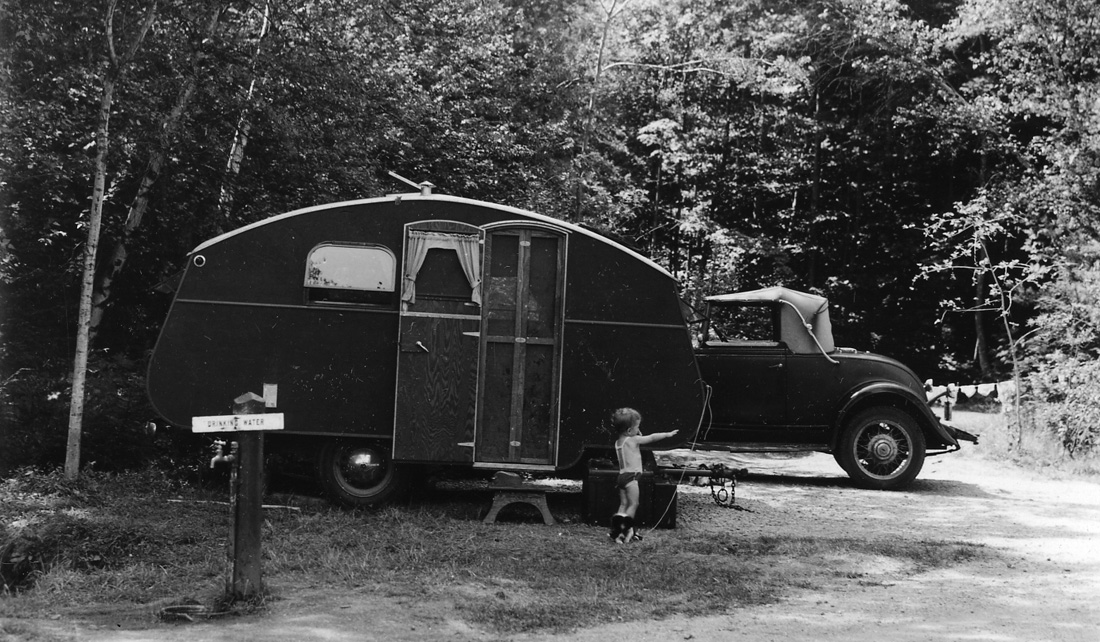 During the 1930s and the Great Depression, when vacationing was beyond the means of many Americans, the Forest Service was able to catch up to the demand for more and better camping services. Although federal budgets were restricted, the establishment of the Civilian Conservation Corps in 1933 provided money and manpower to accomplish the needed upgrades and to complete new construction projects. While the extraordinary building projects completed during this time brought the Forest Service campground accommodations to a higher standard of design and construction, subsequent years would see a continuation of the budgetary struggle to provide and maintain camping services adequate to the demand.10 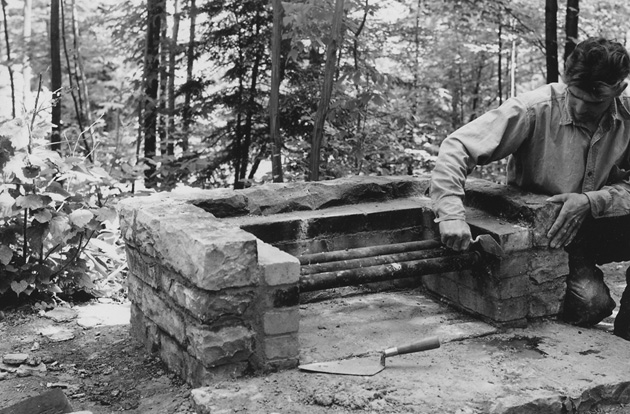 The period after World War II saw another huge increase in the numbers of Americans camping, as returning GI’s and their growing families sought affordable vacation destinations in national forests and national parks. In 1938 the Forest Service had 3587 developed campgrounds used by 3 million visitors, and by 1952 over four and one half million camping visits were reported. That number nearly doubled to 8 million camping visits ten years later, in 1962.11

The number of campers in national forests continues to increase today, as does the demand for more services. The Forest Service now recognizes three types of camping experiences; backcountry (dispersed) for backpackers, campground (improved) for tent camping, and full service (developed) for recreational vehicles and trailers. In spite of, or perhaps because of, increasing demands on our attention and our wallets, millions of Americans continue to "take up their abode" in the woods, and go camping. You can learn more about the history of this national pastime, and its place in the management of the national forests, in the resource section below. Additional resources may be found using the Forest History Society research databases. 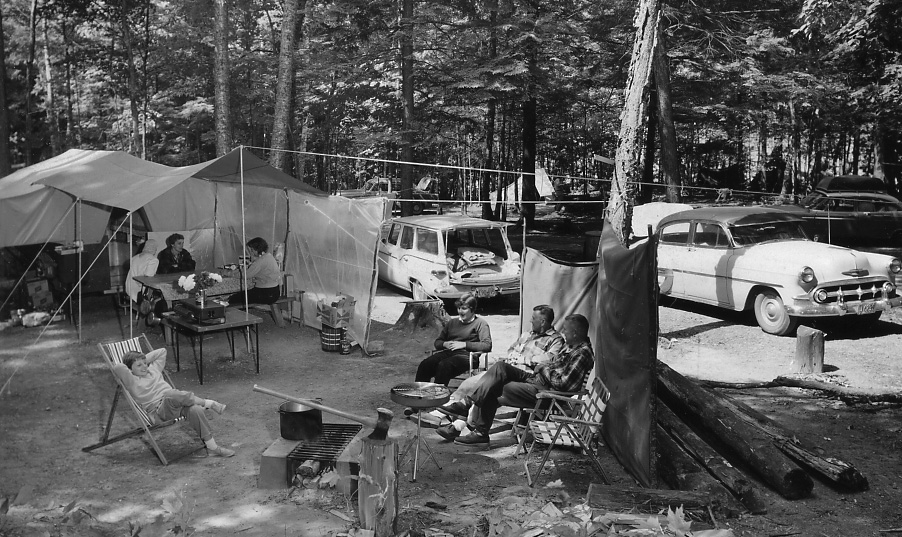 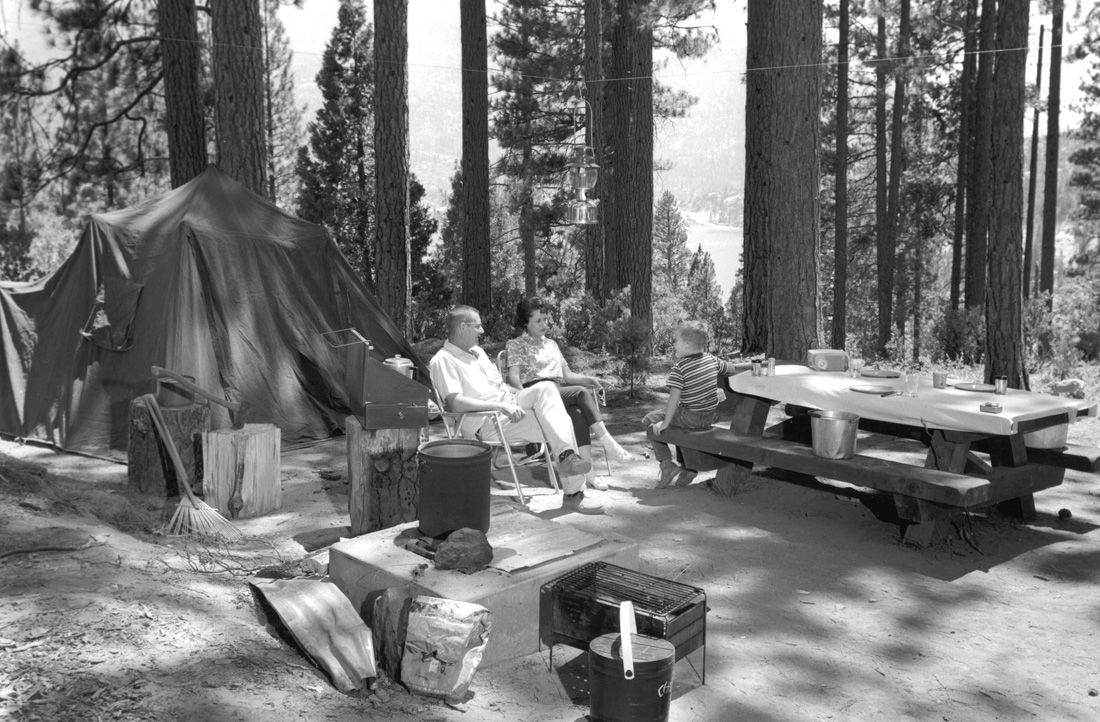 2 US Government, Forest Reserve Manual (Washington: Govt. print. off., 1902) 69. Includes a form used when leasing an area for a privately developed amenity. One of the required questions to ascertain appropriateness of request asked "If the location is at shore of lake or bank of stream, will the granting of this privilege involve any monopoly of specially desirable camping grounds or place of resort. . .?"