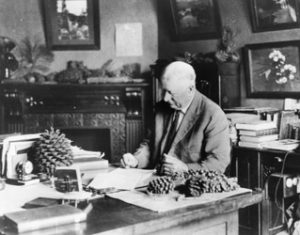 Born in 1864 and trained in botany, George B. Sudworth began his forestry work in 1886 when he entered the U.S. Department of Agriculture's Division of Forestry. At the time of his death in 1927, he was chief of dendrology of the Forest Service and was considered the dean of the forestry profession in the United States, and a distinguished authority on American trees. For the last 15 years of his life he was an active member of the Federal Horticultural Board. 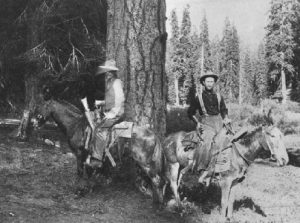 Sudworth discovered and named a large number of new species and varieties of American trees. His dendrological work was based on wide exploration and an intimate knowledge of the forest regions, many of which he travelled on foot.

A founder of the Society of American Foresters, Sudworth was also a member of the Washington Academy of Sciences, the Biological and Botanical Societies of Washington, and an honorary member of the Finnish forestry association, Finska Forstsamfundet.