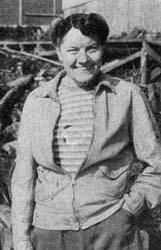 In December of 1932, Angela Janszen wrote to the U.S. Forest Service looking for work. At the time, Janszen had a secure job with the Veteran's Administration in Asheville, North Carolina, but she longed to be a forester.

During the summer of 1933, Janszen signed up for the American Forestry Association's (AFA) inaugural Trail-Riders Trip in the national forests of Montana. She had joined the AFA in 1930 and the horseback journey in Montana fueled Janszen's desire to pursue a career with the Forest Service. In September 1933, she was hired to a two-month appointment in the agency's Washington, D.C. office.

Assigned initially to compile a book of wildflower drawings, Janszen later recalled, "I got kind of disgusted. I left a note on the personnel man's desk to remind him that I was interested in trees, not wildflowers." Shortly thereafter, she was assigned a permanent position and joined the office of Frank Heintzleman, head of the Forest Code Division. After working as a clerk to revise codes for grazing and timber regulations, Angela Janszen moved to Seattle and the Forest Service's Spruce Log Program, headed by Heintzleman, that supplied aircraft-quality spruce for World War II. In 1943 she had an opportunity to move to field operations in Alaska -- where Heintzleman would serve for a number of years as regional forester -- and she jumped at the chance.

For the next year and half, Angela Janszen lived in the remote logging camp of Edna Bay, Alaska, with some 250 loggers and five Forest Service workers and their families. She was the lone single woman. In addition to clerical work, Janszen filled a role as camp photographer.

Following the end of World War II and the spruce log program, Janszen was reassigned briefly to Washington, D.C., then once again bolted from the confines of city and office life to serve as the first female clerk on the Six Rivers National Forest in northern California. She worked there and on the nearby Mt. Lassen National Forest until she retired in 1947 -- at the age of 47 -- to set off on a cross-country tent camping trip on her own. Along the way she looked up a longtime friend in North Carolina named Eugene Burke, and the following year they married.

For years, Angela Janszen Burke retained her fondness for the Forest Service and by the 1970s she had taken to visiting schools to give programs on Smokey Bear, fire prevention, her experiences in Alaska, and forest conservation. In the St. Petersburg, Florida area where she had settled, Janszen Burke soon gained a reputation among local schoolchildren as the "Smokey Bear Lady." It was a role she relished, and she continued into her eighties speaking to schools and other groups on the topic of fire prevention as well as stories from her time in the Forest Service. In 1975, the Forest Service presented Angela Janszen Burke the "Smokey's Friend" award for her many years of service. 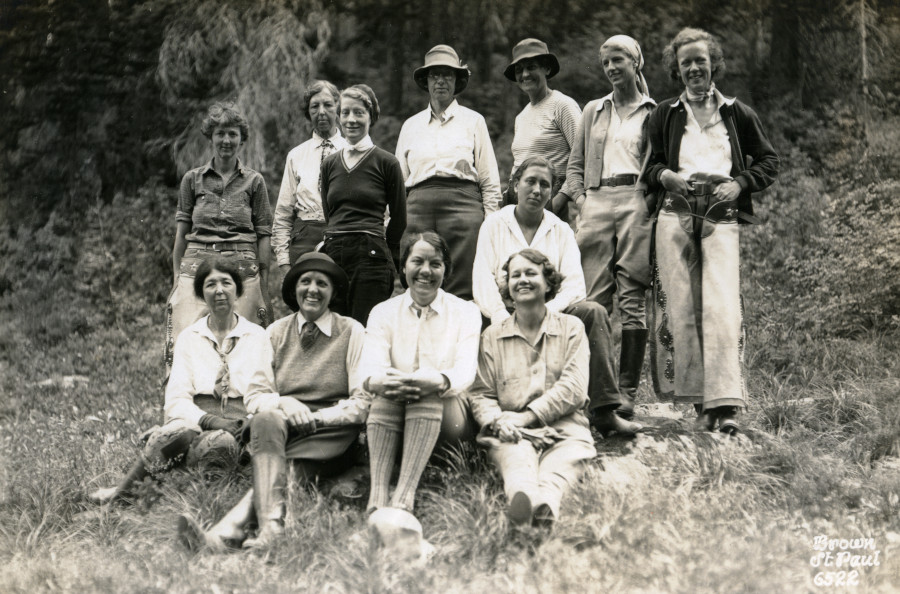 The women from the 1933 inaugural Trail Riders travel party (Angela Janszen Burke seated in front row, third from the left).