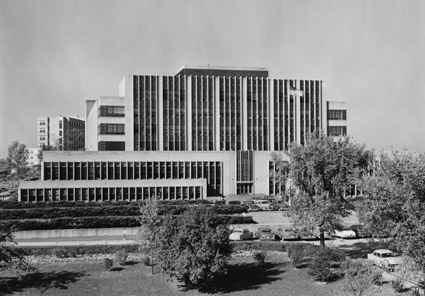 The Forest Products Laboratory, built on the University of Wisconsin campus in 1932, when Winslow was director.

From its earliest days, the Forest Service was involved in studies and research into the physical properties of wood. In need of a permanent testing facility, Chief Gifford Pinchot, along with his deputy Overton Price and chief of the Office of Wood Utilization McGarvey Cline, decided to seek a cooperative agreement with a university to provide the necessary space and equipment. After reviewing several universities, Pinchot chose the University of Wisconsin at Madison as the site for the new Forest Products Laboratory. McGarvey Cline was appointed as first director of the laboratory and on October 1, 1909, the lab began operations, with the official dedication ceremony occurring the following year on June 4, 1910, under new USFS Chief Henry Graves. 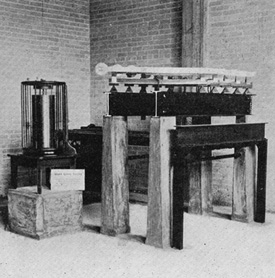 At the time of its founding the Forest Products Lab was organized into four research divisions: Wood Preservation, Timber Tests, Wood Chemistry, and Wood Technology. Four additional areas - Engineering, Pathology, Wood Distillation, and Pulp and Paper - were also soon added. These divisions provided the foundation for areas of investigation and research performed at the lab.

The Forest Products Laboratory has made numerous important contributions to the country during its history, including crucial research for the armed forces during both WWI and WWII. During WWI, the laboratory performed experiments on wood for airplane construction, as well as research into box and packaging materials, and charcoal to be used in gas masks. During WWII, constant wood-utilization projects were performed on the wood and lumber used for nearly every aspect of the war effort. 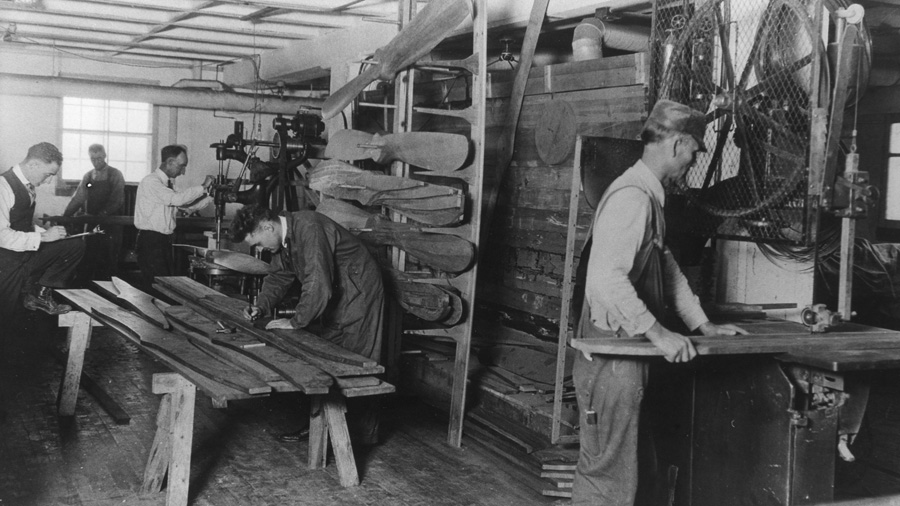 Research being done at the Forest Products Laboratory on wooden airplane propellers during WWI, ca. 1918.

The current laboratory's building facilities on the University of Wisconsin campus were built in 1932. Other successful research done at the lab throughout the twentieth century has included developing waterproof plywood, chemical treatments to extend the durability of construction woods, developing uses for wood waste, expanding the pulp and paper industry into the southern U.S., and much more. Today the Forest Products Laboratory continues to operate as the nation's premier wood research institute, and a leading international technical authority on wood science and usage.

Directors of the Forest Products Laboratory