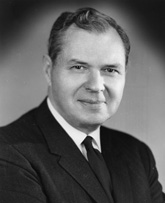 Richard Edwin McArdle was born on February 25, 1899, in Lexington, Kentucky. After serving with the American Expeditionary Forces in World War I, McArdle attended the University of Michigan where he received the B.S. and M.S. degrees in forestry in 1923 and 1924. Just after graduating, he began working for the Forest Service as a silviculturist for the Pacific Northwest Forest and Range Experiment Station in Portland, Oregon. McArdle took three years off beginning in 1927 to complete his Ph.D., returning to Portland to the research station. He left the Forest Service in 1934 to be the dean of the University of Idaho's School of Forestry. He then returned to the Forest Service to be the director of a new forest and range experiment station at Fort Collins, Colorado, then to another directorship at the Appalachian (now Southeastern) Station in Asheville, North Carolina. He moved to the Washington D.C. office in 1944, then served as chief of the Forest Service from July 1952 to March 1962.

"Farm woodland and other small private forests hold the key to this Nation's future timber supply. These lands, generally in poor condition, are the greatest potential source of wood fiber. Producing more wood on these lands requires concerted effort by state and federal foresters, forest industries, and the landowners."

During his tenure, the Forest Service was assigned the management of seven million acres of western plains lands, which they organized as national grasslands. McArdle was also instrumental in upgrading Forest Service personnel, hiring new specialists to bring about intensive management, and to increase the professionalism of employees. He improved relations with the timber industry by backing away from earlier proposals to regulate timber harvesting practices on private lands. 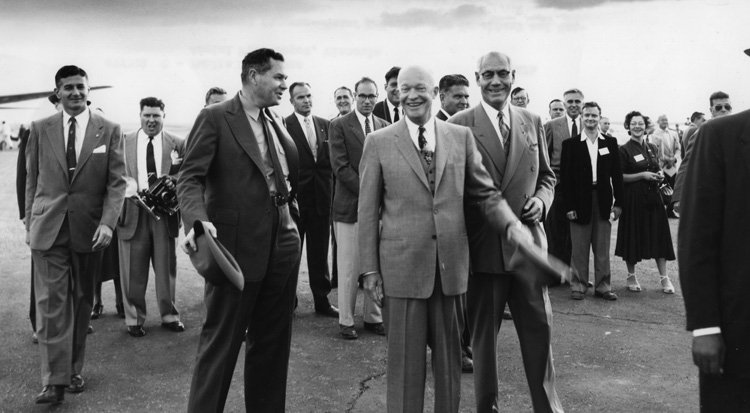 "No other Chief of the Forest Service, with the possible exception of Gifford Pinchot, enjoyed a more devoted following of men and women in the ranks of the Service. McArdle had the common touch, a capacity to remember names of his employees, and the great energy to constantly move among them. For those who worked under him, McArdle was a man bigger than life. As one young forester who began his career at the ranger district level under McArdle told me, 'McArdle was more like a God figure than anyone I have ever worked under. He could be counted on to hear your need and usually could do something about meeting it.'"
-Elwood R. Maunder, introduction to Dr. Richard E. McArdle: An Interview with the Former Chief, U.S. Forest Service, 1952-1962. 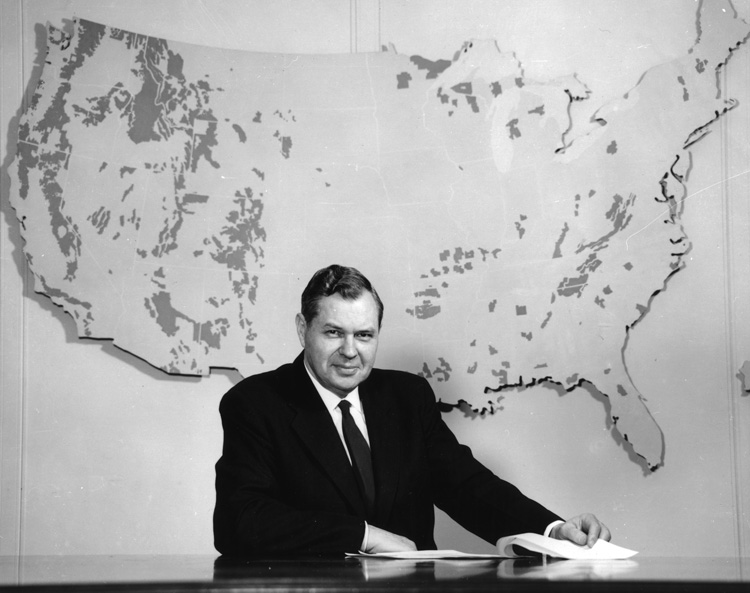