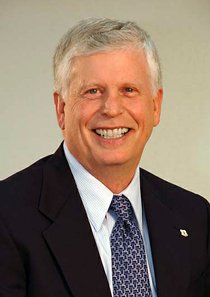 Tom Tidwell, the 17th Chief of the U.S. Forest Service

Thomas Tidwell grew up in Boise, Idaho, and attended classes at both Washington State University and the University of Idaho. He began his Forest Service career on the Boise National Forest, and has since worked on eight different national forests in three regions.

His various positions have included working on a fire ground crew, Forest Supervisor, District Ranger, and Legislative Affairs in the Washington Office, where he worked on the National Fire Plan, planning rule, the roadless rule and the Secure Rural Schools County Payments Act. He was supervisor of the Wasatch-Cache National Forest during the 2002 Winter Olympics in Utah.