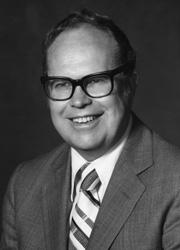 Ralph Max Peterson was born near Doniphan, Missouri, on July 25, 1927. During World War II, he served with naval aviation. After the war, Peterson received a bachelor's degree in 1949 in civil engineering from the University of Missouri. He went to work as an engineer in the Plumas National Forest in California, then worked on several other national forests in California. In 1958, Peterson was awarded a Rockefeller Foundation fellowship to Harvard University, where he earned a master's degree in public administration in 1959. He returned to work at the Northern Regional Office in Missoula, Montana. Two years later, he was moved to the Washington D.C. office, where he remained until 1966 when he was transferred back to California to serve as regional engineer. He was made regional forester for the Southern Region in 1972, then returned to Washington, D.C. two years later. Peterson was appointed as chief of the Forest Service on June 27, 1979, and served in this capacity until 1987.

"The public's sudden interest in environmental and resource issues in the 1960's and 1970's is well known to all of you. The national forests were of particular interest and concern for several reasons. National forests are located in 44 states and within a 1-day drive of 90 percent of the U.S. population. They provide more outdoor recreation, more hunting and fishing, more timber harvest, more hydroelectric power, and more wilderness than any other public or private land system. In addition, they are a source of high-quality water and a number of important and strategic minerals, and provide significant domestic livestock grazing. In short, the resources of these lands are wanted by a large number of diverse users who see them as critical to meeting their future needs. Many also see their own desired use as either exclusive of other potential users or at least incompatible with them. In any language, that spells controversy."

Max Peterson was the first engineer and non-forester named to head the Forest Service. He served during a time of increasing tumoil and criticism of the agency. Major concerns during his era were the establishment of regulations for implementing the National Forest Management Act of 1976, dealing with the aftermath of the RARE II decision, the "timber depression" and housing slump of the early 1980s, rapidly rising concern about the use of herbicides and pesticides on the national forests, various wilderness bills before Congress, growing concern about old growth logging, below-cost sales (especially in Alaska), and threatened and endangered species. In addition, funding was reduced for the agency, which resulted in substantial reduction in the number of Forest Service employees. Public trust of the Forest Service to effectively manage the national forests fell to record lows just at the time when it was needed most. 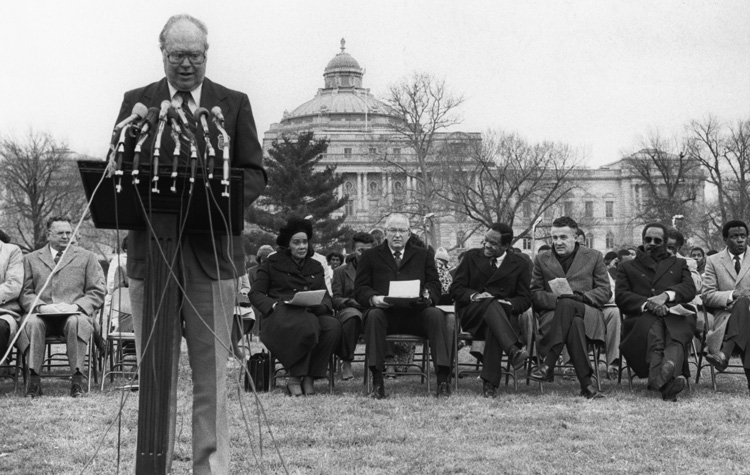