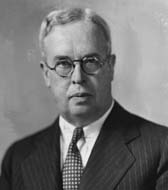 Earle Hart Clapp was born in North Rush, New York, on October 15, 1877. Clapp attended Cornell University, then transferred to the University of Michigan where he received his B.A. in forestry in 1905. He first started to work for the Forest Service on the Medicine Bow Forest Reserve as a timber surveyor. In 1906, he worked on several forest reserves (now national forests) to develop techniques for determining minimum prices for timber. The following year, Clapp was appointed as chief of timber sales in the Washington D.C. office. In 1909, he worked in the national forests in the southwest, then in 1915, he was made the chief of the new Forest Service branch of research. He was appointed as associate chief in 1935, then to acting chief in 1939 after Chief Silcox died.

"Scarcity of natural resources and their control by the very few may pave the way through widespread human misery to despotism and dictatorship; while an abundance of natural resources, accessible to people generally, makes for democracy and freedom.

The struggle to create and to administer the national forests gave birth to the entire conservation movement in the United States. At the end of the voluminous public land act of 1891, a little section of 68 words gave the President the authority to create from the public domain what we now call national forests. A paragraph of 133 words as a rider to the Sundry Civil Appropriations Act of 1897 provided for the administration of these forests. I know of no other legislation in our history which more broadly and as briefly authorized an undertaking so far-reaching in its consequences.

The Act of March 3, 1891, was a clean break with the long established public policy of indiscriminate disposal of all public lands regardless of what might be done with the resources on them. That was a bold and daring thing to do in the face of public opinion of years ago. It took courage on the part of its advocates in Congress and out." 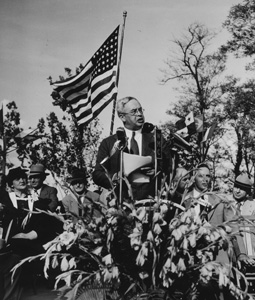 Clapp was never officially chief of the agency, apparently because President Roosevelt did not want to approve the appointment. Clapp served in an acting capacity until 1943 when Lyle Watts was appointed chief.

During Clapp's time as chief, he was faced with the continuation of the Civilian Conservation Corps projects on the national forests, meeting the need for forest experts to help in the aftermath of the disastrous New England Hurricane of 1938, opposing transfer of the Forest Service from Agriculture to Interior, and mobilizing the Nation's forest resources behind the war effort (World War II).

Cutting of national forest timber was stepped up; special studies and tests were made for the armed forces; and forest lookout stations were staffed along the both East and West coasts in 1942-43 to detect enemy aircraft. Clapp also was unsuccessfully persistent in supporting federal regulation of timber cutting on private forest land, and urging the addition of 150 million acres of mostly cut-over land to the national forests, and alleviating poverty in depressed communities by means of reforestation projects. During his last two years, Clapp was given a major responsibility to prepare a new appraisal of the nation's forest situation. 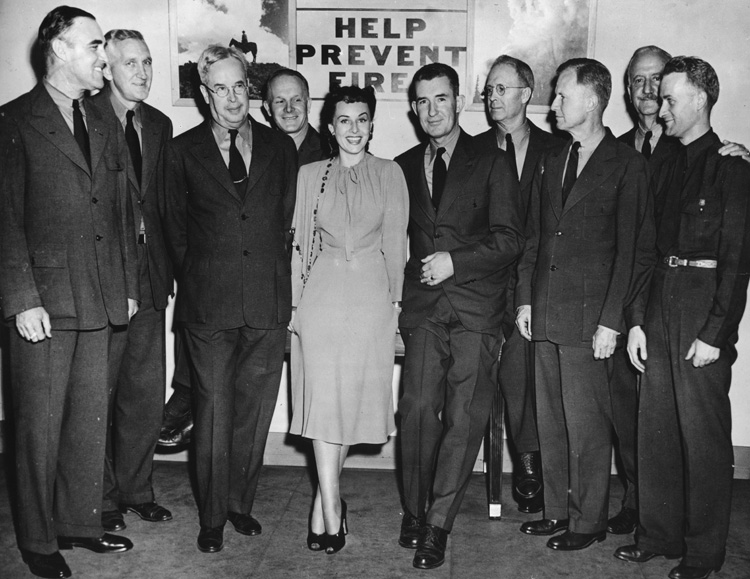 "Management and Use of Forest and Range Lands," 1936 speech given by Clapp.