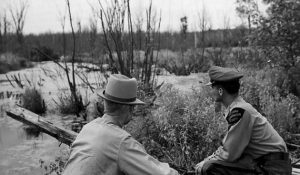 States originally held jurisdiction over wildlife, however the 1907 Agricultural Appropriations Act contained a provision making it a law that "hereafter officials of the Forest Service shall, in all ways that are practicable, aid in the enforcement of the laws of the States and Territories with regard to...the protection of fish and game." 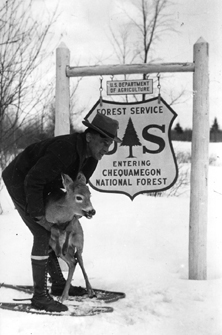 In the 1920s, conflicts over managing the overpopulated deer herds on the Kaibab National Forest led to a Supreme Court decision. The court found that Forest Service employees could hunt excess game to "prevent property damage," essentially meaning the agency could protect the forage resource from overgrazing by deer.

In the 1960s, clear cuts on the Monongahela National Forest in West Virginia, angered wild turkey hunters. They convinced the Isaak Walton League to sue the Forest Service. The agency lost the case. Subsequent legislation led to the National Forest Management Act of 1976, which requires the agency to conduct its planning to ensure a diversity of plant and animal species.

In 1990, the northern spotted owl was added to the endangered species list and national forests and timber dependent communities in Washington and Oregon were scrutinized while teams of individuals worked out the habitat boundaries and harvesting compromises.

The Forest Service Headquarters History Collection contains legislation, newspaper clippings, biographical information and other sources documenting wildlife policy in the agency. For more information as well as for assistance in retrieving documents found in the Collections Database, contact Jamie Lewis at james.lewis@foresthistory.org or (919) 682-9319. 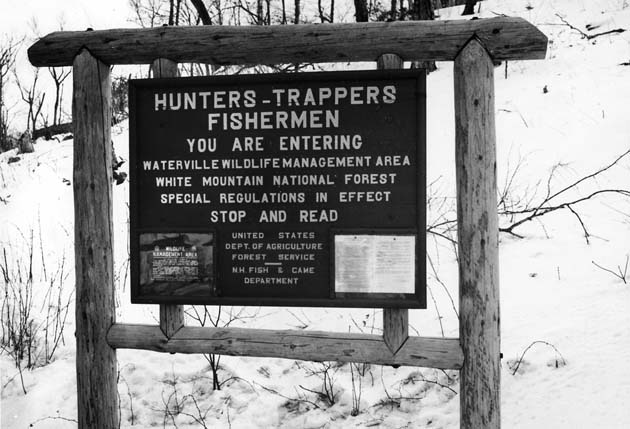