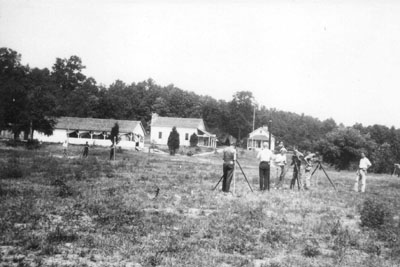 "How would you like to be a forester?" James Pinchot asked his son Gifford just before he started at Yale in 1885. Gifford embraced the idea. Soon after graduation, he studied forestry in Europe and then became the forester at the Biltmore Estate in western North Carolina. While there, he tried to teach forestry to his employees but had little success. He did, however, see the value—and growing need—for Americans to learn forestry. After leaving the Biltmore, Pinchot turned down offers to establish forestry schools because he wanted to concentrate on his career. But when he became chief of the U.S. Division of Forestry (the predecessor to the U.S. Forest Service) in 1898, he quickly realized that if forestry was to succeed in America, he needed trained foresters to do the work.

That same year, two forestry schools opened their doors. Carl Schenck started the Biltmore Forest School in North Carolina to train the sons of lumbermen and Bernhard Fernow launched a four-year undergraduate program at Cornell to give a broader forestry education. The two German foresters brought with them perspectives on forestry that weren’t necessarily welcomed by American foresters like Gifford Pinchot and Henry Graves. Pinchot recalled in Breaking New Ground, "We distrusted [Fernow and Schenck] and their German lack of faith in American forestry. What we wanted was American foresters trained by Americans in American ways for the work ahead in American forests." 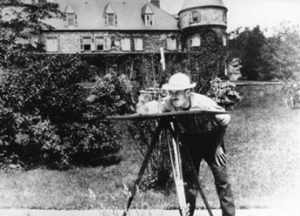 To train Americans in American ways, the Pinchot family decided at a family meeting in January 1900 to fund a two-year graduate program of forestry at Yale. In addition to the money, James Pinchot designated land at Grey Towers for the summer school site and for study and experiment, and constructed several buildings at the camp and in town to support the cause. The Milford site served as Yale’s primary summer preparatory fieldwork location for nearly twenty-six years.

Yale closed the Milford camp after 1926, but its impact was felt for years. Approximately five hundred students spent at least one summer at Grey Towers. Many graduates joined the Forest Service or became teachers or deans of forestry schools around the country, and took with them the lessons and philosophy taught at Yale. Countless others worked in private industry, helping to conserve millions more acres of private lands. In short, as former school dean James Gustave Speth noted at the school’s centennial, "The School’s graduates truly made modern forestry in America." And the first two generations of Yale foresters started their professional training at Milford.