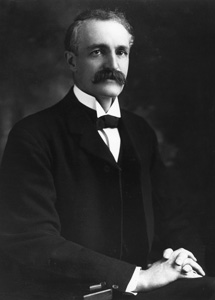 Gifford Pinchot was born on August 11, 1865, in Simsbury, Connecticut. His family were wealthy merchants, politicians, and landowners. As a young boy, Pinchot spent his free time in the woods. He also traveled to several foreign countries and was educated at some of the best eastern schools. When he entered Yale in 1885, his father asked, "How would you like to be a forester?" At that time, not a single American worked as a professional forester. Pinchot stated, "I had no more conception of what it meant to be a forester than the man in the moon.... But at least a forester worked in the woods and with the woods—and I loved the woods and everything about them.... My Father's suggestion settled the question in favor of forestry."

No American university offered a degree or even a course in forestry at the time, so after graduation Pinchot went to study at France's national forestry school. After a year of school and some guided tours through forests in Germany and Switzerland, he returned to the United States to prepare for his lifelong work and interest.

"When I came home [in 1892] not a single acre of Government, state, or private timberland was under systematic forest management anywhere on the most richly timbered of all continents.... When the Gay Nineties began, the common word for our forests was "inexhaustible." To waste timber was a virtue and not a crime. There would always be plenty of timber.... The lumbermen...regarded forest devastation as normal and second growth as a delusion of fools.... And as for sustained yield, no such idea had ever entered their heads. The few friends the forest had were spoken of, when they were spoken of at all, as impractical theorists, fanatics, or "denudatics," more or less touched in the head. What talk there was about forest protection was no more to the average American that the buzzing of a mosquito, and just about as irritating."

After returning home, for the next three years he worked as the resident forester for George Vanderbilt's Biltmore Estate in western North Carolina and quickly gained a national reputation for creating the first large-scale forest management plan in the US. This eventually led to an opportunity to influence national forest policies.

He was appointed as the only forester to the National Forest Commission, created in 1896 to examine forested areas on western public lands to determine whether to create new forest reserves and make management recommendations. Two years later, he succeeded Bernhard Fernow as chief of the Division of Forestry. Pinchot was now a forester with no forests to manage. The federal forest reserves were in the Interior Department; he was in Agriculture. 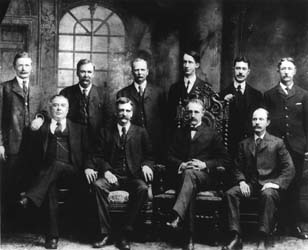 Pinchot set to work expanding the division's work, commissioning studies on forest conditions and forest fires, all the while building support on Capitol Hill and among the public for conservation and the transfer of the forest reserves. In 1901, the division was promoted to bureau status. Shorthanded, Pinchot set up a student assistant program to help with the work. Forestry students worked in the summers surveying the forest reserves and gathering data. It proved an effective recruitment tool for filling out the ranks of the future Forest Service.

On February 1, 1905, the reserves were transferred and the Forest Service was established with Pinchot appointed as chief. He restructured and professionalized the management of the national forests, as well as greatly increased their area and number. Pinchot had a strong hand in guiding the fledgling organization toward the utilitarian philosophy of the "greatest good for the greatest number." Pinchot added the phrase "in the long run" to emphasize that forest management consists of long-term decisions. This philosophy and the purpose of the national forests were spelled out in The Use Book, published to explain to career employees and the public how national forests could be used and enjoyed.

During his tenure, the Forest Service and the national forests grew spectacularly. In 1905 the forest reserves numbered 60 units covering 56 million acres; in 1910 there were 150 national forests covering 145 million acres. The foundation of an effective organization and management was set during Pinchot's administration, and "conservation" (an idea he popularized) of natural resources in the broad sense of wise use became a widely known concept and an accepted national goal.

"Without natural resources life itself is impossible. From birth to death, natural resources, transformed for human use, feed, clothe, shelter, and transport us. Upon them we depend for every material necessity, comfort, convenience, and protection in our lives. Without abundant resources prosperity is out of reach. Therefore the conservation of natural resources is the fundamental material problem."

He served as chief until 1910, when he was fired by President Taft in a controversy over coal claims in Alaska. He was replaced by his friend Henry "Harry" S. Graves.

Today, Gifford Pinchot is generally regarded as the "father" of American conservation because of his great and unrelenting concern for the protection and rational development of the American forests. He served as chief of the US Forest Service with great distinction, motivating and providing leadership in the management of natural resources and protection of the national forests and beyond through its cooperative programs with state and private interests.

Another part of his conservation legacy lies outside his Forest Service career. He was the founder of the Society of American Foresters in November 1900, the largest professional organization for foresters in the United States. That same year, he and his family founded the Yale Forest School (renamed Yale School of the Environment in 2020) to educate foresters and forest scientists. The Pinchots hosted the school's summer camp at their Grey Towers estate in Pennsylvania. The school was led by Henry Graves from 1900 to 1910, and produced chiefs William Greeley, Robert Stuart, and Ferdinand Silcox. 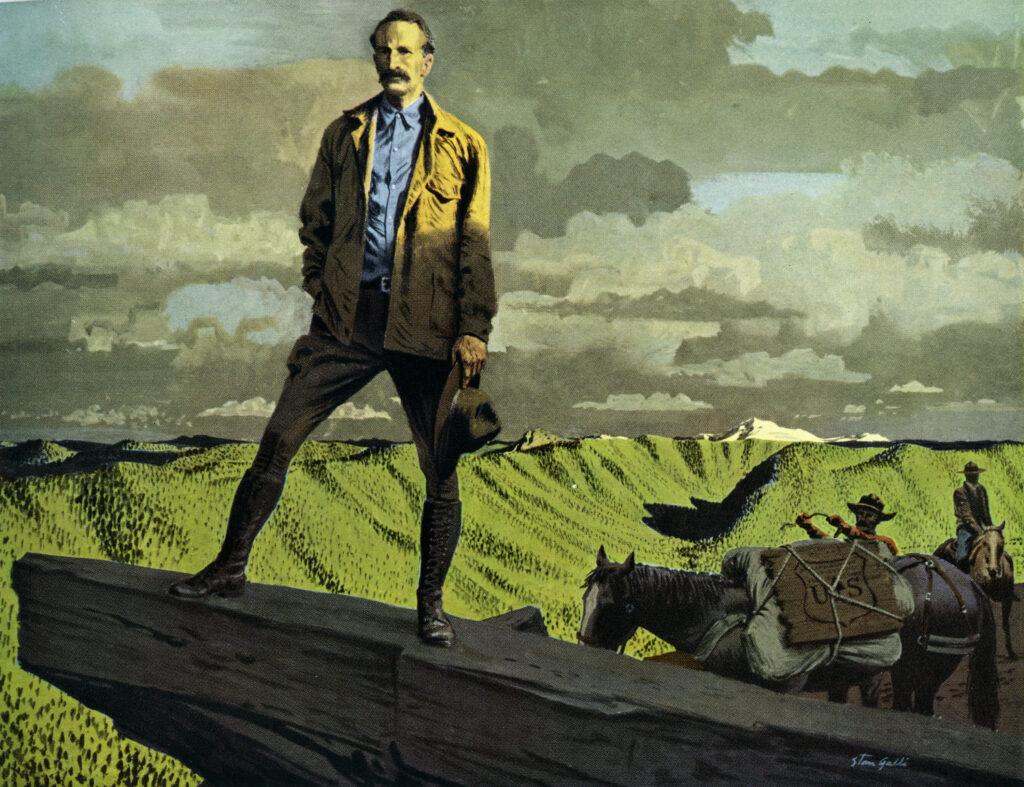