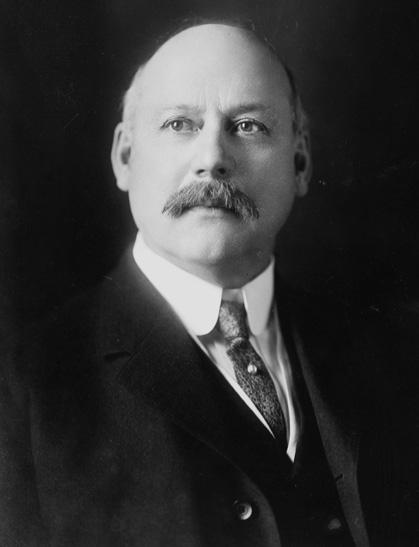 John Wingate Weeks was born on April 11, 1860 in New Hampshire. Weeks grew up on his family farm on Mount Prospect, near the town of Lancaster. He likely developed a lasting appreciation for the outdoors during a childhood surrounded by the lakes, rivers, forests, and mountains of rural New Hampshire.

Weeks entered the United States Naval Academy in 1877, and graduated in 1881. After graduation he spent two years serving in the Navy before eventually marrying and establishing a permanent home in Newton, Massachusetts. There he helped found and served as partner in a prominent banking and securities firm in Boston.

After great success in the financial sector Weeks became involved in local politics, serving as Alderman and then mayor of the town of Newton. In 1905 he was elected to U.S. Congress, serving the 12th Congressional District of Massachusetts.

Weeks' most notable accomplishment as Congressman came four years later in 1909 when he introduced a bill in the House of Representatives concerning the federal purchase of forest reserves. This bill would eventually pass both the House and Senate and be signed into law by President Taft on March 1, 1911. The Weeks Act authorized the government to purchase lands for stream-flow protection, and to maintain the lands as national forests. This made it possible for the national forest system to expand into the eastern United States.

Weeks served in the House of Representatives until 1913 when he was elected to Senate. During the Republican National Convention of 1916, Weeks received 105 votes for the Presidential nomination. His service in the Senate ended in 1919, but he remained active in national politics. In March 1921, Weeks was appointed as Secretary of War by President Harding. Weeks remained in this position into Coolidge administration, when health issues forced him to resign in late 1925. After returning to New Hampshire Weeks died on July 12, 1926.

"The John Weeks Story," a 1961 USFS pamphlet on John Weeks and the history of the Weeks Act.