“A Vast and Indefinite Loss”:
Thoreau’s Reflections on Slavery and Nature

In 1854, when federal marshals arrested a free Black citizen of Boston and deported him in chains back to the South and into slavery, Henry David Thoreau’s faith in both nature and nation nearly collapsed. At the very moment Walden was being printed in Boston, Thoreau stood on a nearby lecture platform and told an audience of thousands that he could no longer bear to walk to Walden Pond. “What signifies the beauty of nature when men are base? The remembrance of my country spoils my walk,” he told them. The anti-slavery address he delivered was the angriest of his life. "Words that Burn," proclaimed the newspapers that reprinted it. Yet he concluded "Slavery in Massachusetts" on a note of hope, one found in a metaphorical fragrant flower plucked from "the slime and muck of earth." Overnight, America's founding nature writer became one of its most famous abolitionists.

What does it tell us that the paradigmatic book about recovering freedom through solitude in nature was published to a broken nation which had just dedicated itself, as Thoreau charged, to "slavery and servility"? For weeks he felt haunted by "a vast and indefinite loss," until he realized, as he said, that what he had lost "was a country." He was now the solitary writer facing down the multitude; the advocate of nature plotting "murder to the State"; the Massachusetts patriot who woke up to discover that he dwelled no longer somewhere between heaven and hell but "wholly within hell": what can Thoreau's torment tell us about dwelling in an America, and on a planet, on the brink?—and about imagining, nevertheless, a way to walk toward freedom? 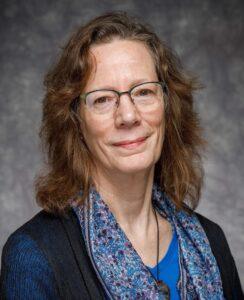 Laura Dassow Walls is the William P. and Hazel B. White Professor of English at the University of Notre Dame, where she teaches nineteenth-century American literature and the history of ecological thought. She is the author of numerous essays on Thoreau, Emerson, Humboldt, and related figures; her book Henry David Thoreau: A Life (Chicago 2017) received the Phi Beta Kappa’s Christian Gauss Award and the Los Angeles Times Book Award for Biography. Her other books include The Passage to Cosmos: Alexander von Humboldt and the Shaping of America (2009); Emerson’s Life in Science: The Culture of Truth (2003); and Seeing New Worlds: Henry David Thoreau and Nineteenth-Century Natural Science (1995). She is currently at work on a literary biography of the American author Barry Lopez (Notre Dame ’66), and on Children of the Fire, a group biography of the American Transcendentalists.

This event is made possible with funding from the Lynn W. Day Endowment.