On this date 60 years ago, the Mann Gulch fire in Montana’s Helena National Forest was first spotted.  This devastating wildfire would eventually claim the lives of 12 U.S. Forest Service smokejumpers and one fire guard, as well as burn close to 5,000 acres of timber and grasslands.  The tragic events surrounding this fire ensure that August 5, 1949, will forever be remembered within U.S. Forest Service and wildland firefighting history.

Hot weather and lightning storms the previous evening put Forest Service rangers in the area on notice that day, and around noon, the Mann Gulch fire was first officially reported.  Shortly thereafter, a plane carrying 15 smokejumpers was dispatched to the fire from Missoula, Montana.

At the time of Mann Gulch, smokejumping was a relatively new practice.  The Forest Service’s Aerial Fire Control Experimental Project had moved to the North Pacific Region (Region 6) in 1939 and switched its focus from aerial water drops to experiments with parachute jumping.  The first operational use of smokejumpers by the Forest Service occurred in 1940, but prior to Mann Gulch, no smokejumper had ever died fighting a wildfire. 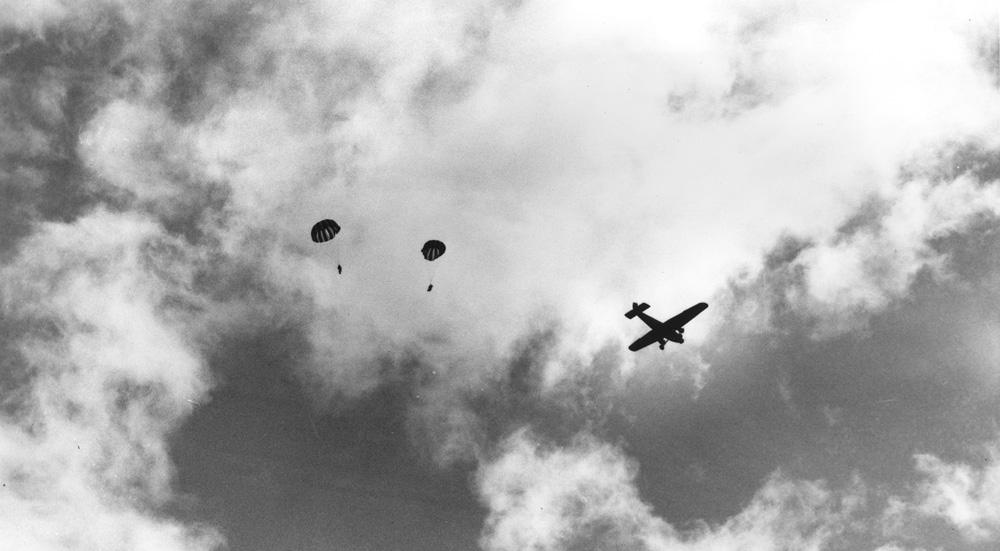 After landing on the ground a half-mile from the fire, the 15 smokejumpers were met by James O. Harrison, a fire guard from the nearby Meriwether Canyon Campground, and the group headed down the gulch towards the nearby Missouri River to stake a safer position.  The dry conditions and high winds, along with a change in wind direction, caused the fire to suddenly expand.   The men’s route was cut off, forcing them back uphill while trying to outrun the swiftly advancing fire.   It was later estimated that during this blow-up stage, the fire covered 3,000 acres in 10 minutes.

Realizing the imminent danger, the smokejumper crew’s foreman R. Wagner “Wag” Dodge told his men to drop their heavy tools and run, with the fire at this point less than 100 yards behind them and closing fast.  Moving up the hillside, Dodge stopped to set a small escape fire, attempting to create a burned-over area that the fire would bypass.  He directed the men towards this safe area, but the rest of the group continued to flee uphill.  Two of the smokejumpers, Walter B. Rumsey and Robert W. Sallee, found a crevice in the rock wall at the top of the canyon and climbed inside.  The ferocious fire overtook the group.  Dodge, Rumsey, and Sallee would be the only survivors.

The events of Mann Gulch forever changed wildland firefighting.  The Forest Service would institute new training techniques and improved safety measures for its firefighters and smokejumpers.  The agency would also place more emphasis on fire research and the science of fire behavior, resulting in improved firefighting techniques and equipment.  These developments, though, will never overshadow the immense tragedy of this day for this group of brave firefighters. 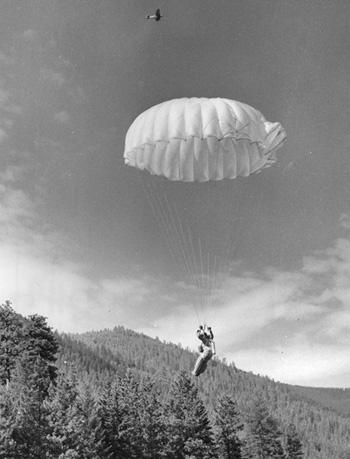 The Men who Perished in the Mann Gulch Fire:

Survivors of the Fire:

For more information on the Mann Gulch Fire, take a look at some of the following sources: 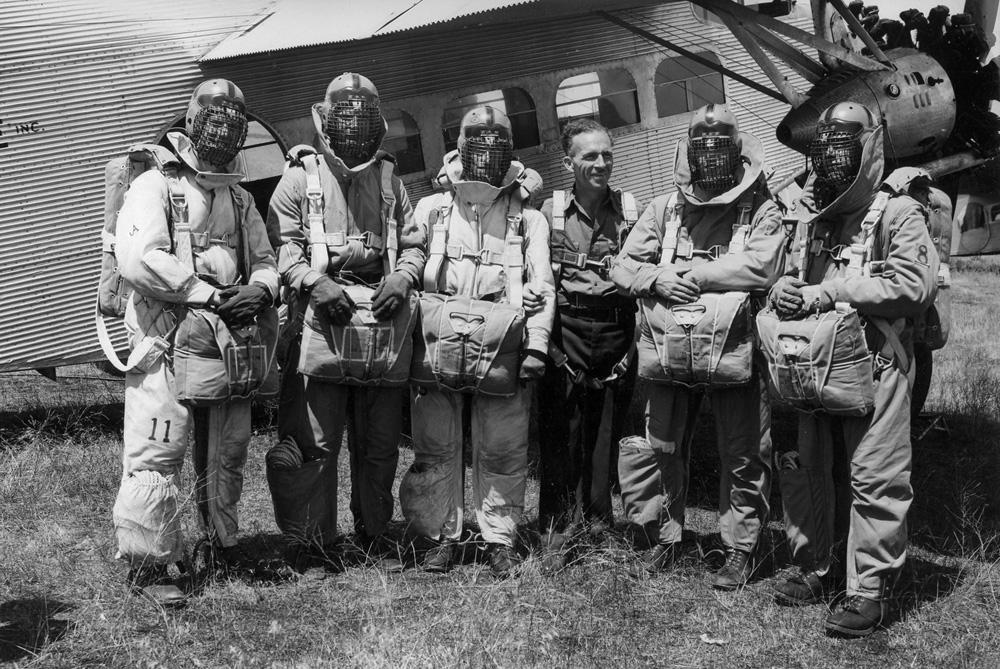 A group of smokejumpers about to take off in Ford Trimotor plane at Missoula Airport, Missoula, Montana for a practice jump, June 30, 1941.