I just returned from a trip to Montana, where I conducted an oral history interview with the 15th chief of the U.S. Forest Service, Dale Bosworth. While there, I took the opportunity to visit Mann Gulch, site of the first smokejumper tragedy. There, sixty years ago next month, 13 firefighters (12 were smokejumpers, 1 a fire watch guard) were killed when a fire they were dispatched to fight trapped and then overwhelmed them. Three men survived—one by doing the then-unthinkable and setting an escape fire and two others by miraculously outrunning the fire in what has to be one of the most difficult runs in recorded history. What happened at Mann Gulch forever changed wildland firefighting—new training techniques were developed based on what was learned and the Forest Service began studying fire behavior as part of an effort to improve safety. It also changed those 13 families and the lives of the three survivors.

Getting to Mann Gulch requires going over rough terrain, both physically and emotionally. Years ago, I had read Norman Maclean’s flawed take on the incident, Young Men and Fire, and then refamiliarized myself with the incident in 2004 while doing research for The Forest Service and The Greatest Good. The night before going, I read the U.S. Forest Service fire research report generated as a result of Maclean’s pressing the agency for help in reconstructing the events of August 5, 1949. His book and the report both focused on the fire more than the men. I thought I understood what they faced that day, but even some of the best writing and best research describing what happened does not do the setting justice.

Before the trip I had also finished Mark Matthew’s new book, A Great Day to Fight Fire, which drew on personal interviews conducted in 1999 with the survivors and the victims’ families. To learn about each of the men and then read of their deaths, how each died—and then to see where each man died—made the visit more difficult than I had anticipated. To stand where they fell is overwhelming, sobering, and mystifying. To see the distance and steep incline Bob Sallee and Walt Rumsey scrambled up to survive struck me dumb and humbled. To look upon where Wag Dodge set his escape fire and see just how close so many of the others were to him surprised me. To gaze at their names etched in stone twice—each site has two markers, with a second one having been placed there in 1997—is a stark reminder of what was lost that day. To see some of the markers in desperate need of repair saddened me. 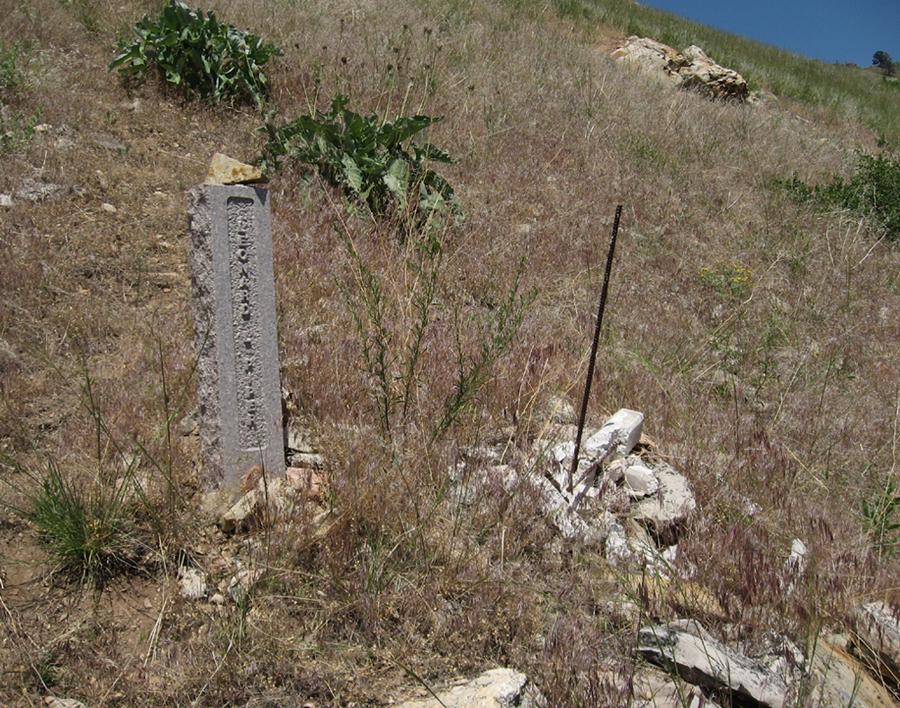 Leonard Piper’s cross lies in ruins. All that remains in place is the rebar that once held the cross. The Forest Service decided in the 1990s not to rebuild them and opted to place the granite columns there instead. (All photos are property of the author.)

While standing at the bottom of the deep gulch, looking up at the steep sides I had just hiked down with some difficulty, I tried to envision running full tilt up a nearly vertical wall of loose rocks and slick grass with a wild fire coming at me. I could think of only two things: “Those poor guys didn’t stand a chance” and “How the hell did Sallee and Rumsey make it out of here alive?” 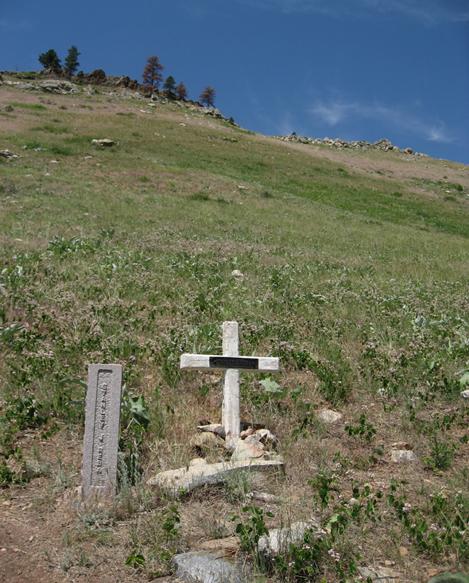 The view from where Stanley Reba died, looking up toward where Sallee and Rumsey went through the rocks to safety.

Located in the Gates of the Mountains Wilderness area in the Helena National Forest, Mann Gulch is reachable only by boat from the Missouri River or by horseback. A tour boat will drop you at Meriwether Canyon, the same place from where Forest Service fire guard James Harrison started his hike to meet the smokejumpers sixty years ago. At the top, you’ll find this interpretive sign and can look across Mann Gulch. Click on the photo to read the interpretive sign showing the timeline of events and their locations at Mann Gulch.

The hike along the ridge and around and down to the markers takes another hour or so. In all, it’s a six or seven mile hike roundtrip that took nearly six hours. A most difficult but rewarding six hours that will be with me for a long time to come.

As I looked back over the sight before heading down for the boat, I had one final thought: I hope the interpretive sign overlooking Mann Gulch is right—that those 13 men did not die in vain. 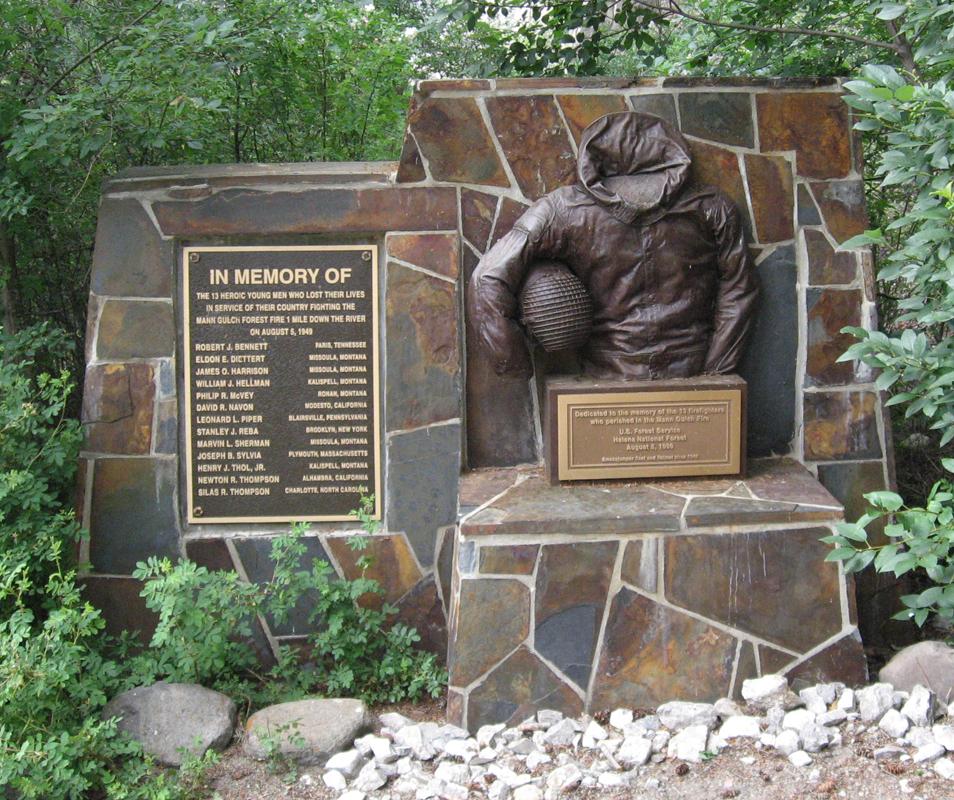 The Mann Gulch memorial, installed in 1999 and located at the mouth of Meriwether Canyon. You can see this before starting the hike up and over to Mann Gulch.