Recently FHS staff came across a scrapbook in our collection of American Forestry Association records. Its pages were filled with original photographs and documents from the American Forestry Association’s (AFA) first Trail Ride in July of 1933. The Trail Riders program was run by the AFA for over 50 years, from 1933 through 1988. Originally called “Trail Riders of the National Forests” but later renamed “Trail Riders of the Wilderness,” the program brought groups on guided tours deep into America’s remote wilderness areas. The items from the scrapbook have been used to create a new digital exhibit documenting the experiences of the 1933 inaugural travel group: “Pioneer Trail Riders of the Wilderness.” 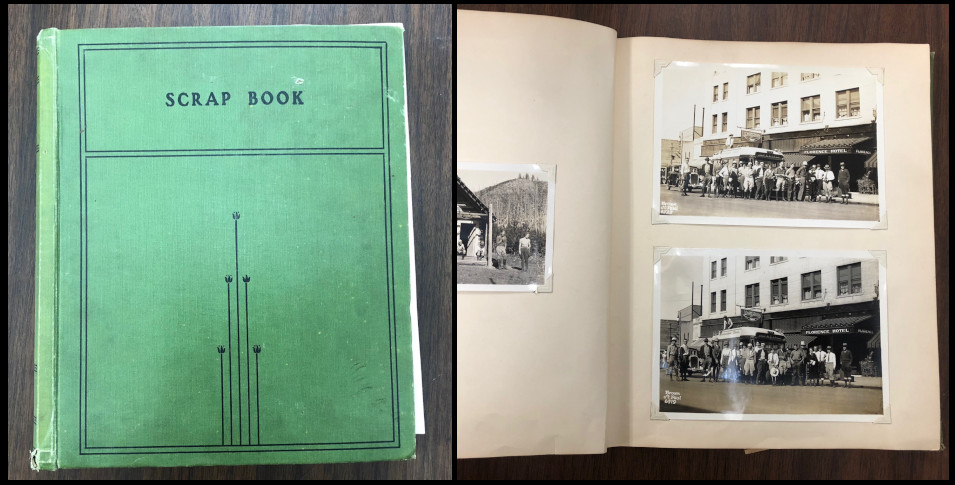 The exhibit documents the experiences of the 22 men and women who joined the first Trail Ride through images, itineraries, articles, and first-hand reports of the journey. The group gathered in Missoula, Montana, in early July 1933 before venturing deep into the South Fork Primitive Area (now part of the Bob Marshall Wilderness) on the Flathead National Forest for seven days of adventure. AFA business manager Fred Hornaday accompanied the group, and his day-by-day report of the journey provides a first-hand account of the group’s experiences in the wilderness. This original text is accompanied in the exhibit by numerous images of the trip, over 70 of which are featured in a photo gallery.

The group traveled by horseback between 7 and 18 miles per day, taking a big loop through the remote mountains and valleys in northwest Montana, just west of the Continental Divide. The route traveled over the peaks of the Holland and Swan Ranges, through the green valleys surrounding Big Salmon Lake, and alongside the other pristine lakes and rivers in the area. The adventure was led by experienced wilderness guide Joe Murphy, from Ovando, Montana, who started packing hunters into the South Fork area as early as 1919. The Forest Service issued Murphy a special-use permit from 1922 to 1937, and he built a few log cabins near White River and Holbrook Creek, where the Trail Riders camped on the 4th night of their journey. Interestingly, Joe Murphy’s grandson Ted still leads backcountry tours through the Bob Marshall Wilderness with his company WTR Outfitters.

The inaugural Trail Riders party also included Angela Janszen, one of twelve women in the group. Janszen’s experience confirmed her love of the outdoors, and she went on to a career with the Forest Service. Later in life she became known as the “Smokey Bear Lady,” due to her frequent visits to schools giving programs on fire prevention and forest conservation.

Check out the exhibit in full and learn much more about this inaugural group of Trail Riders, as well as how the AFA promoted early ecotourism experiences to help advocate for the protection of wilderness areas. 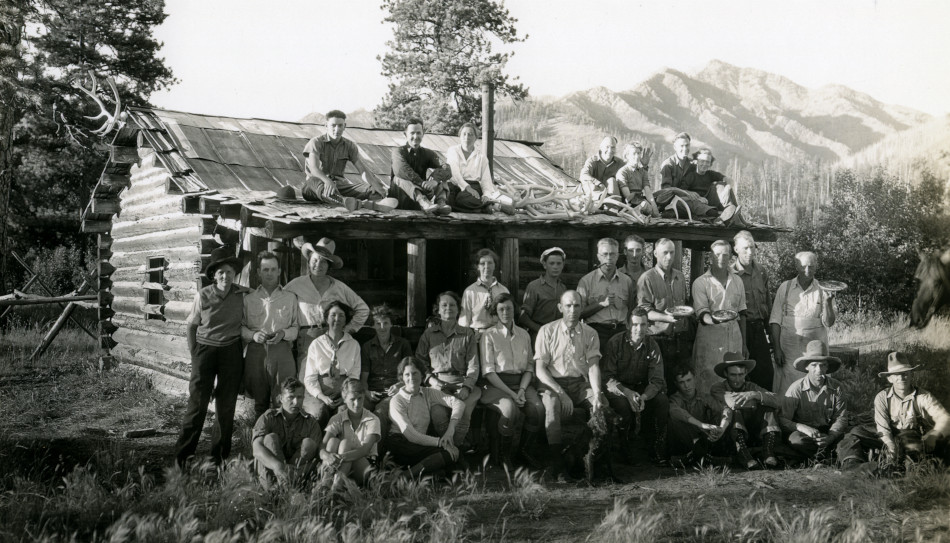 The group of inaugural Trail Riders at one of Joe Murphy’s cabins on Holbrook Creek, with Swan Range in background. South Fork Primitive Area, July 1933.