American timber industry magnate Frederick King Weyerhaeuser was one of six people who founded the Forest History Society in Minnesota in 1946. His personal dedication to preserving the history of the industry that built his family's fortune is largely responsible for the existence of the Society. Without his early leadership and significant influence, the Society would not have grown into the respected academic institution it is today. 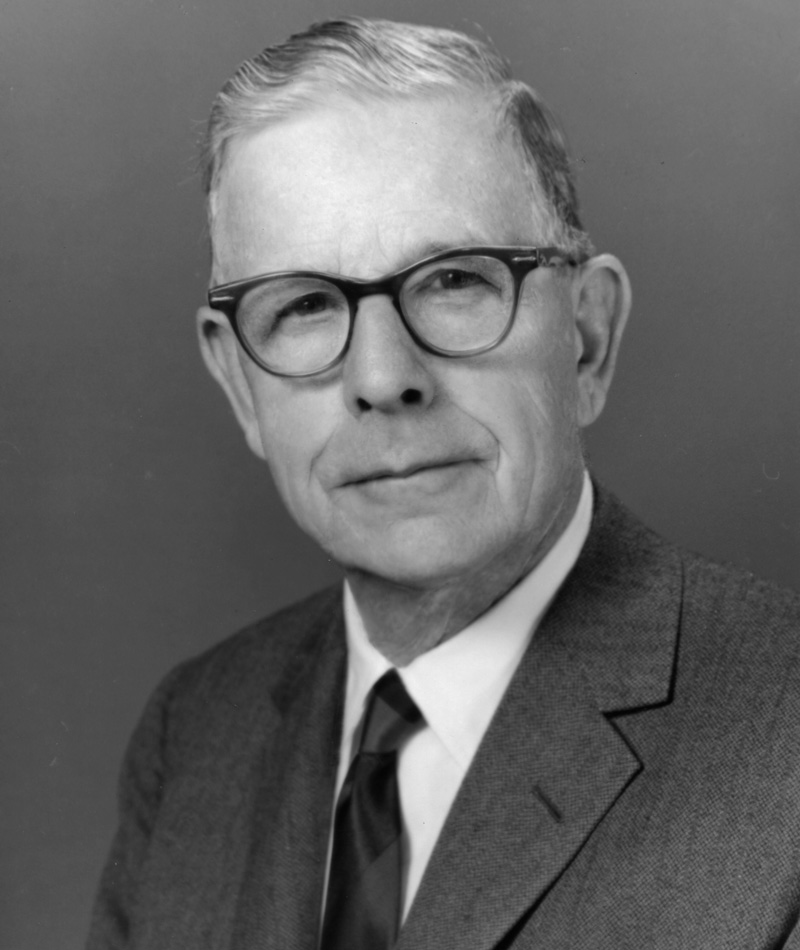 Frederick King ("F. K.") Weyerhaeuser was born on 16 January 1895 in Rock Island, Illinois. After graduating from Yale University in 1917 and serving in the American military during the last years of World War I, F. K. began working full-time in the American timber industry. His first jobs included even the most menial tasks as he learned every aspect of the business from the ground up. He eventually had a long career with the company founded by his grandfather Frederick Weyerhaeuser (1834-1914). While his brother Phil ran the Weyerhaeuser Timber Company in the U.S. Pacific Northwest, he directed the Weyerhaeuser Sales Company in the Midwest as president and chairman for close to thirty years. His leadership skills emphasized the development of innovative merchandising techniques and the implementation of modern timber management practices. Under his management, the Weyerhaeuser Company strengthened its financial base and improved its image through public education initiatives.

F. K. was the titular head of the large Weyerhaeuser clan for many years and actively supported numerous charities and organizations. He served as chairman of the Forest History Society's national advisory committee when FHS was a project of the Minnesota Historical Society in the 1940s, and throughout the 1950s and 1960s he served on several governing board committees of FHS. In 1966 the Society's Board of Directors elected him a Fellow of the Forest History Society. He continued to provide guidance and support for the Society until the time of his death on 16 September 1978.

Influence on the Study of Forest History

F. K. Weyerhaeuser's daughter Lynn Weyerhaeuser Day continued her father's legacy of service to the Forest History Society, volunteering her time and advice as an FHS Board member or advisor for almost three decades. In 1986 Lynn and her husband Stanley R. Day of Grosse Pointe, Michigan, established the FHS Frederick K. Weyerhaeuser Forest History Fellowship in honor of F. K. Weyerhaeuser to support FHS programs and to strengthen the Society's affiliation with Duke University. The annual award is restricted to Duke graduate students whose research involves forest or conservation history and consists of an $11,000 cash prize.

The Forest History Society owes a significant debt of gratitude to F. K. Weyerhaeuser and other members of his family, especially Lynn Day and Carl A. Weyerhaeuser, who have donated much time and unbiased financial support to furthering scholarly investigation into the history of people's relationships with forests and related natural resources.