John Simcox Holmes—born on this day in 1868—was a pioneer of forestry work in the state of North Carolina. The state’s first professional forester, he was hired in 1909 to survey and protect North Carolina’s forests, though he had little funding or staff with which to do the job. In 1915 he was named as both the first State Forester and Fire Warden. Six years later, a second forester was added to the staff, and Holmes finally secured the first funds for fire protection. His tireless work from 1909 until he stepped down in 1945 established the North Carolina Forest Service and state forest system we know today. His 1922 booklet Common Forest Trees of North Carolina, though since updated, is still in print. 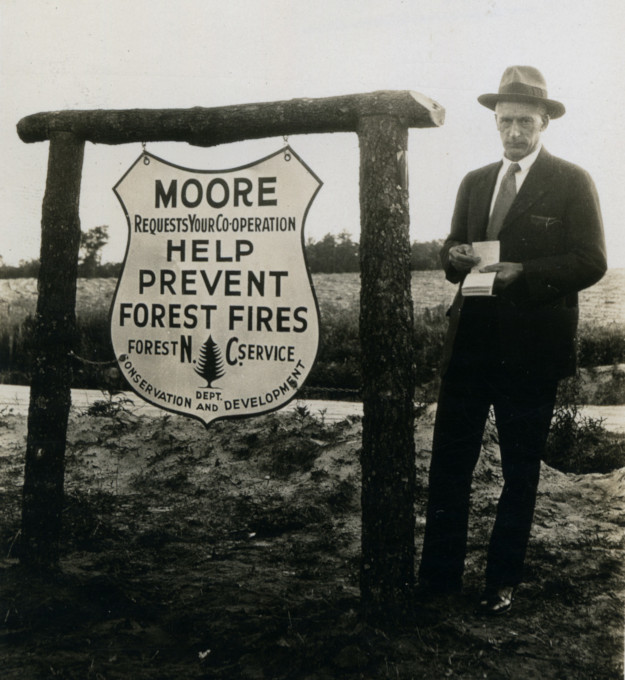 Holmes standing at boundary line between Moore and Lee Counties in North Carolina, 1929.

Before the State of North Carolina hired him, the U.S. Forest Service employed Holmes from 1902 to 1908, during which he worked in everything from swamps to deserts all across the U.S. In December 1954, U.S. Forest Service chief Richard McArdle asked him to document those experiences. Holmes responded a month later with nine handwritten pages outlining his brief federal career. Highlights from his recollections include:

Read the full letter from Holmes to McArdle. 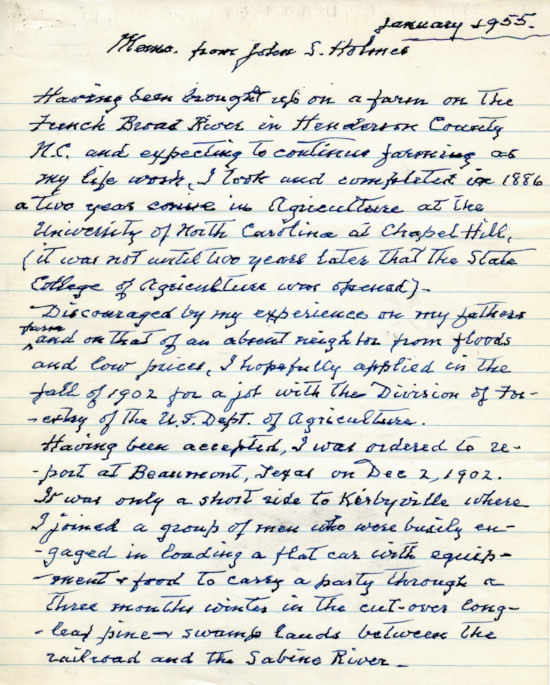 First page of recollections sent by Holmes to McArdle (click image to read the full letter). 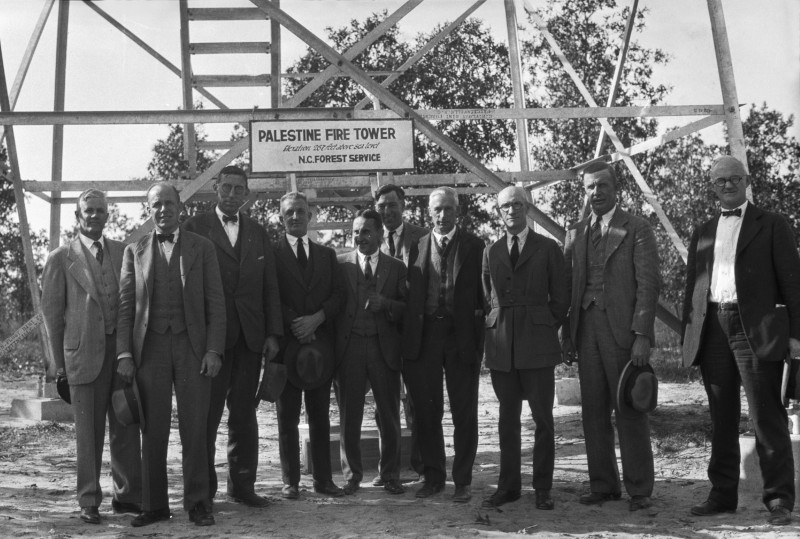