Major League Baseball playoffs started today! Besides the excitement of the games, fans can also expect to see more shattered bats, a problem that has plagued baseball at all professional levels this year. In the last 15 years or so, maple has become the favored wood by big league sluggers, with 60% of major leaguers having switched to maple from the traditional ash. Batters prefer maple because it is more durable and stronger; however, it explodes into lethal pieces. Several people have been hit by flying shards—one woman had her jaw broken and a Pittsburgh Pirates coach was stabbed in the face and required ten stitches. Speculation as to why this happens runs from the handles being too thin to the equipment managers selecting cheap wood. Bats are made from one piece of wood, not multiple pieces glued together like in the picture below. 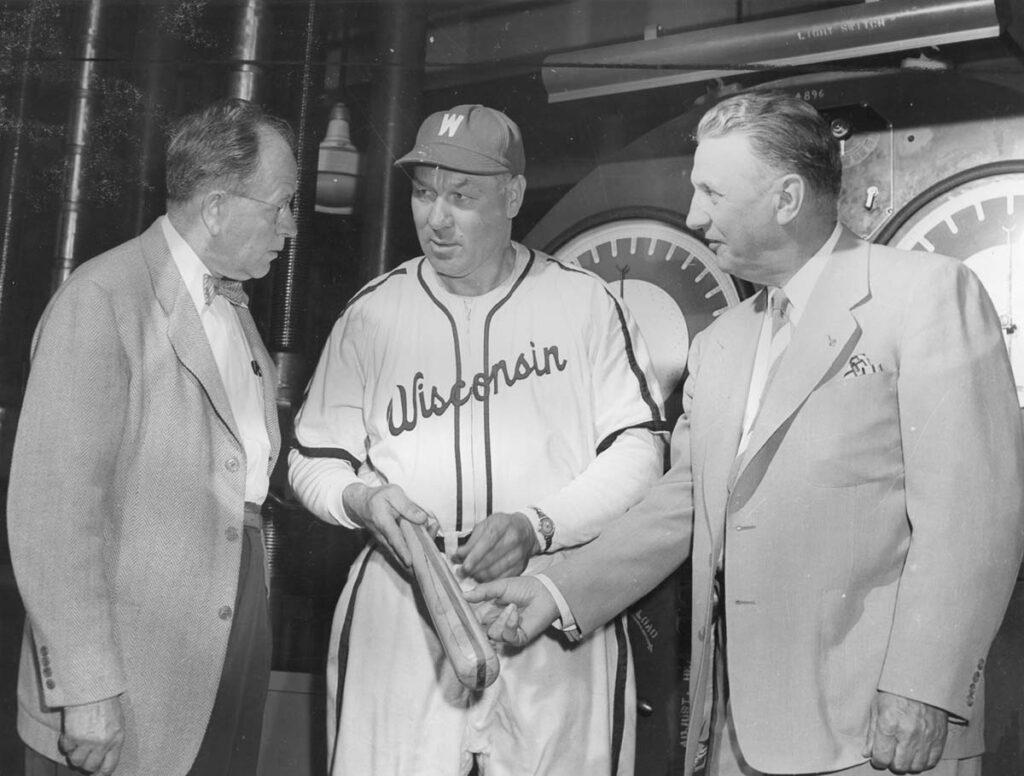 Flanking Univ. of Wisconsin coach Arthur Mansfield are FPL engineers G.E. Heck and L.J. Markwardt. Mansfield is holding a laminated bat with center band of hickory that is more than twice as tough as the ash facings. Photo is believed to be from 1951. (FHS Photo Collection) 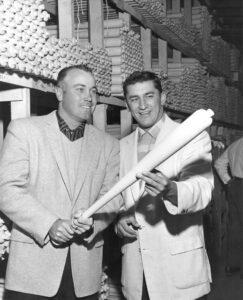 For you (Brooklyn) Dodgers fans, here's Duke Snider at the Louisville Slugger plant inspecting a semi-finished bat of his own personal model. He's with Johnny Logan of the Milwaukee Braves, taken April 9, 1956.

MLB has collected around 1,700 broken bats in a three-month span and is also reviewing videotape of all the broken bat incidents. The broken bats are being examined by Timberco, Inc., and the U.S. Forest Service’s Forest Products Laboratory—the federal government’s primary research facility for wood products—in Madison, Wisconsin. (Coincidentally, today is the 99th anniversary of the opening of the Forest Products Lab.)

Ash, with its longer grain, tends to crack, not explode. Ash trees, however, are under attack by the emerald ash borer, which “has killed more than 40 million ash trees in southeastern Michigan alone, with tens of millions more lost in Ohio, Illinois, Indiana, Pennsylvania, West Virginia, Missouri, Wisconsin, and Virginia,” according to the website http://www.emeraldashborer.info. It could very well be that in a few years, bat manufacturers will have no choice but to use maple.

These Minnesota Twins fans have more to scream about than just their team's collapse at the end of the season.