I’d never seen the TV series Madam Secretary until this week. Now in its sixth season, former secretary of State Elizabeth McCord is president of the United States. The character’s concern about climate change makes it unsurprising to see landscape paintings throughout the offices and private family quarters in the White House. An early scene in the November 17 episode takes place in a meeting room in the West Wing. The painting I saw hanging at one end of the room caused me to exclaim, “What the— That can’t be it! Are you kidding me?!?”

Upon closer examination, I shouted, “I was right! Above the fireplace! That’s Sanford Gifford’s painting Hunter Mountain, Twilight!” My family was impressed by my sharp eye but not terribly amused by the disruption. 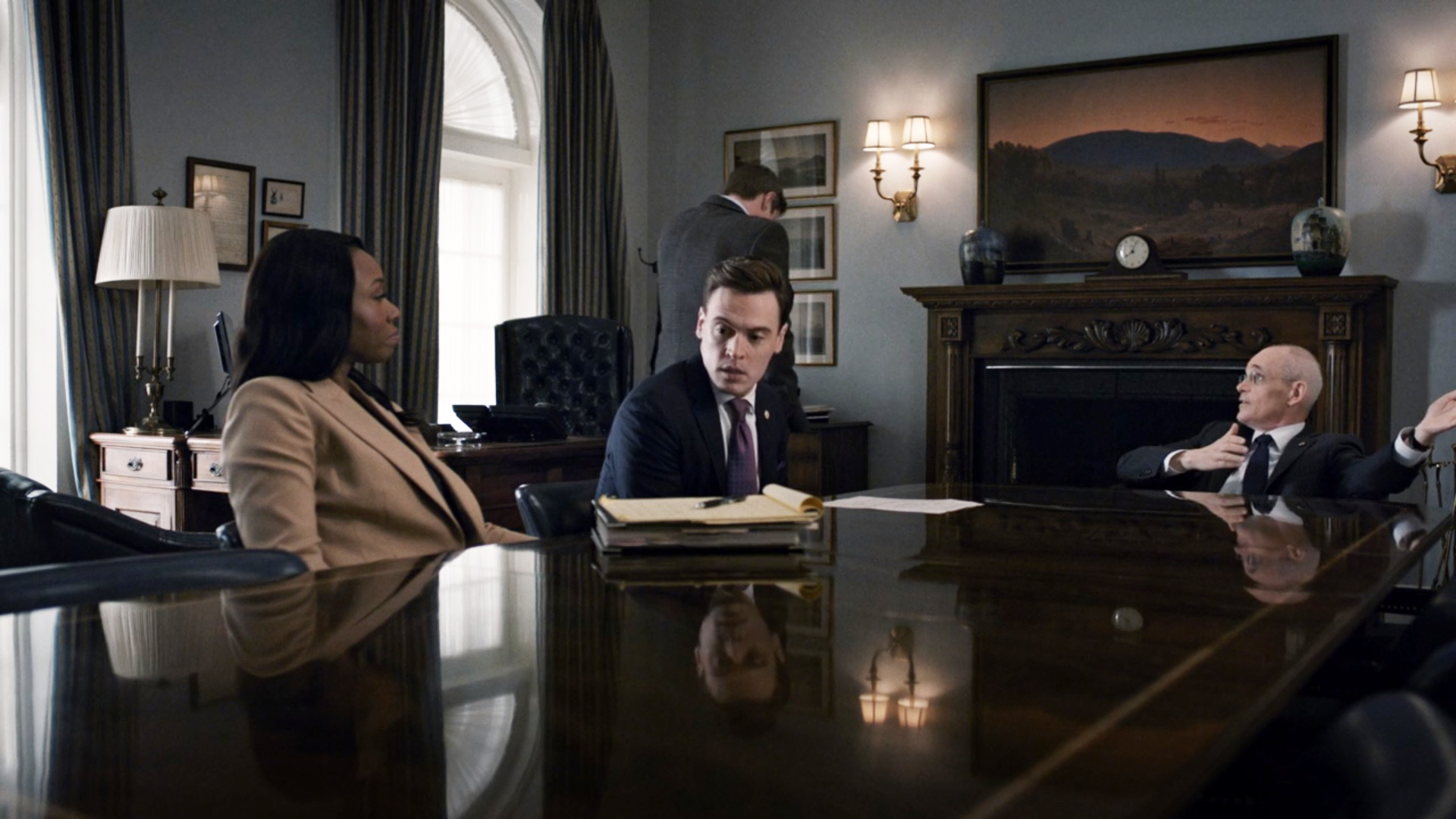 This scene from Season 6, Episode 7 of Madam Secretary shows the painting prominently displayed over the fireplace.

Here’s a close-up look at the painting. 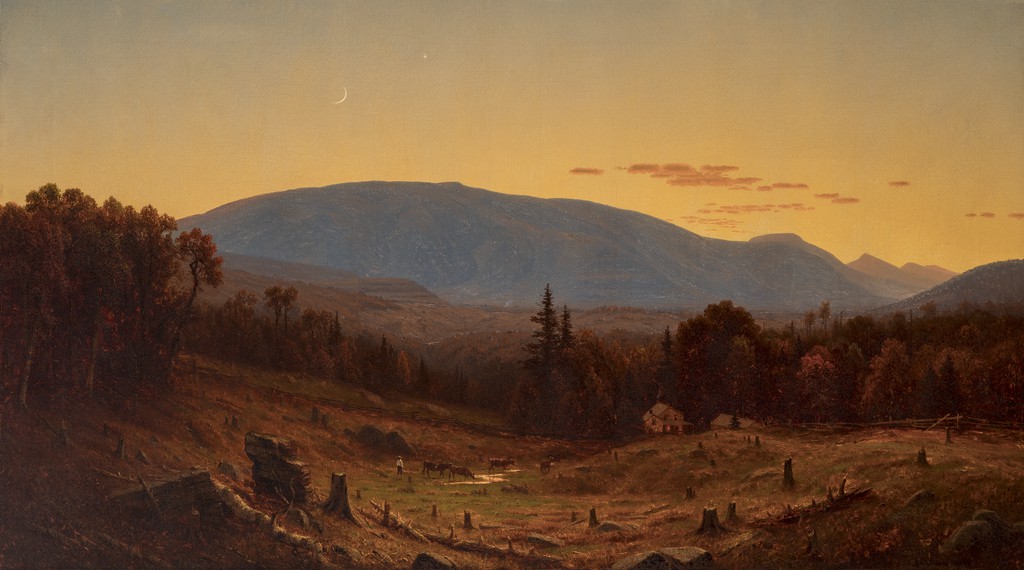 Although my friends sometimes roll their eyes when I claim that everything has a forest history connection, what I saw on the screen certainly did nothing to disprove my assertion. What’s the connection? Here’s what I told my fellow viewers: The painting originally belonged to the family of Gifford Pinchot, the first chief of the U.S. Forest Service. The painting, done in 1866, could be found in a Pinchot home from about then until 1946. Gifford grew up looking at this and others like it. Such paintings likely had a profound influence on the future forester because they documented forest clearing and sometimes environmental degradation.

Reading the room, I stopped my explanation, knowing I’d left them wanting more. As I’m sure you do, too. So, here’s the longer version of the explanation, from my book The Forest Service and the Greatest Good:

Shortly after his arrival [in New York City] in 1850, [James Pinchot] … made his own fortune by selling wallpaper and other interior furnishings to the new office buildings and grand hotels going up in antebellum New York. His wealth permitted him to indulge his philanthropic impulses, such as funding contemporary American landscape art and artists, among whom were Sanford Gifford, whom he befriended, and others working at the famed Tenth Street Studio Building. The building itself was designed by one of its occupants, architect Richard Morris Hunt, who later designed Grey Towers in Milford for James and the Biltmore Estate for George Vanderbilt in North Carolina. 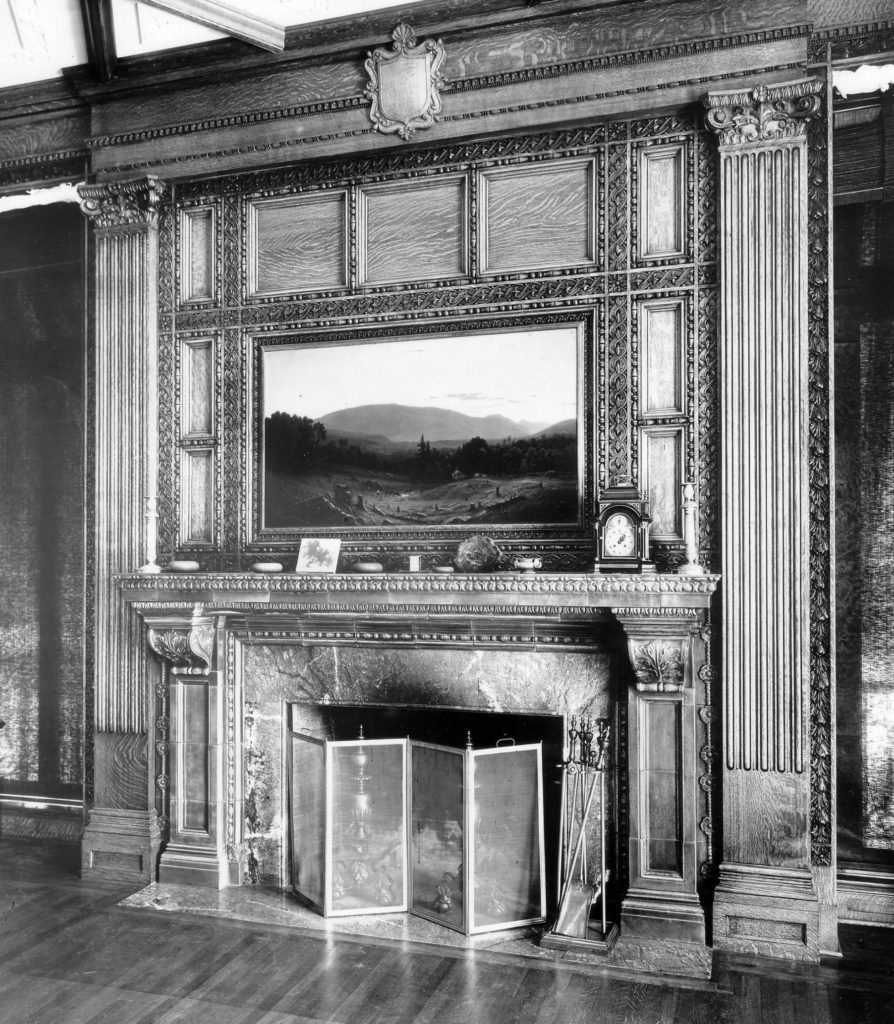 While in New York, James married Mary Eno, who also came from wealth. Mary gave birth to a son in August 1865, whom they named after Sanford Gifford. James and Mary raised Gifford and his brother, Amos, and sister, Antoinette, in privilege but with purpose. From a young age, Gifford’s father imbued him with a sense of mission, perhaps one that compensated for the family’s land speculation ventures….

James purchased several works by Sanford Gifford and lent them for exhibitions in the United States and Europe. When not on exhibition, Gifford’s Hunter Mountain, Twilight (1866) hung in Pinchot homes in New York, Milford, and later Washington (shown at left). The image, like others of the Hudson River School, juxtaposed a transformed land—a clearing with tree stumps to show human impact in the foreground—with a distant idyllic background bathed in warm light. Paintings by the Hudson River artists often documented vistas undergoing transformation and reflected a nostalgic yearning for the countryside before its development. Edgar Brannon, former director of Grey Towers National Historic Landmark, has observed that Hunter Twilight and other paintings like it that the Pinchots owned show that “the price we pay for civilization in part is the loss of nature,” and that they illustrate “many of the paradoxes of conservation—that to live on this planet we must use its resources. But it’s how we use the resources that’s really the challenge.” The Forest Service has grappled with that challenge since its inception.

There is little doubt that living with such imagery in his home, as well as traveling to some of the locations depicted in the paintings, had an impact on Gifford Pinchot in his youth. Pinchot biographer Char Miller has noted the similarity of artists and foresters as seen through the impact of art on Gifford Pinchot:

He had a painterly eye without the training of an artist. But that’s actually not surprising because foresters have to have that eye also. They have to think out how forests grow. They have to understand how best to both manipulate and at times preserve these landscapes. The ax is both a tool to cut down and also to shape, and what else does an artist do but reshape landscapes on a canvas? In a sense, Pinchot was using this tool like an artist uses a paintbrush.

Pinchot was not alone in possessing this skill. By the 1960s, in fact, the Forest Service had landscape architects shaping the design of clearcut areas to be more aesthetically appealing. (Pages 26-28)