American Forests: A History of Resiliency and Recovery 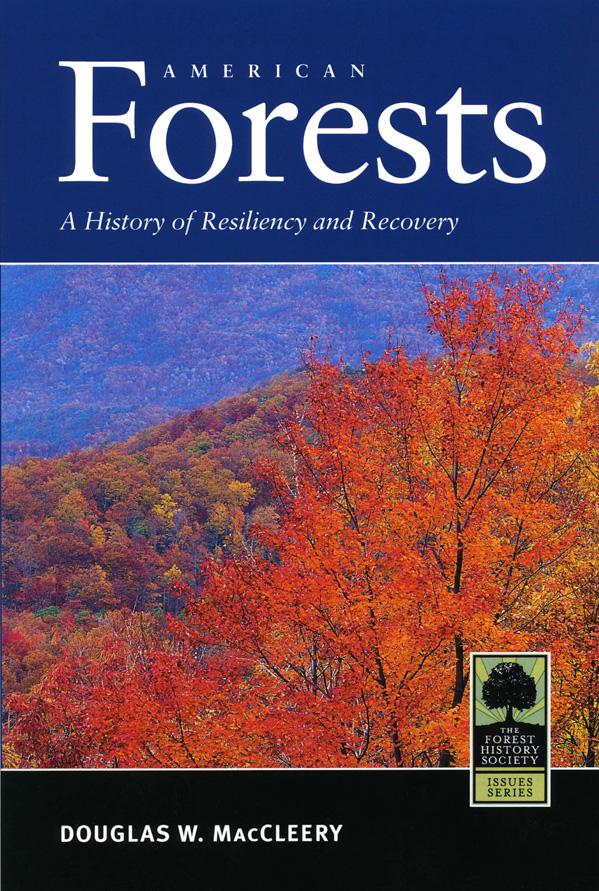 For more than a century, Americans have carried on a debate about their forests over how and why to manage them, and the sometimes-heated discussions continue today. In American Forests, Douglas MacCleery traces this debate from the time that forest management first came to the United States, through the conservation and environmental movements, on up to 2011, when the book was last updated.

MacCleery’s history of recovery establishes that the “timber famine” that Theodore Roosevelt and Gifford Pinchot so stridently forecast in the early twentieth century never occurred. He shows that logged lands have come back, either through natural processes or human effort, unless converted to agricultural or urban use. Also, many species of wildlife—once diminished—are again abundant, forested watersheds are better protected, and the number of forest acres that burn each year has been dramatically reduced. Nonetheless, as MacCleery points out, the new forests are different from the original forests, which had evolved according to nature’s rhythms and in response to native peoples’ significant manipulation. And while some wildlife species thrive under the new conditions, others do not. Appreciation of the forest as an ecosystem increases, but the debate is not over.

Douglas W. MacCleery is a professional forester who has worked in natural resource management and policy for his entire career. He has bachelor’s and master’s degrees in forestry from Michigan State University.

Issues Series booklets are $9.95 (plus $4.00 shipping). Discounts are available if ordering 10 or more copies.

This PDF version of the book is for personal and educational use only, and has been made possible by funding from the U.S. Forest Service.