In the spirit of Thanksgiving and large-scale turkey consumption, we wish to acknowledge the impact of turkeys on forest history. How did a couple of turkeys change history? Well, a better question might be: How did a handful of angry turkey hunters in West Virginia upend U.S. Forest Service timber management policy and help usher the agency into the environmental era?

Around 1964, a handful of hunters went to their favorite spot on the Monongahela National Forest in West Virginia to hunt turkey. There, they found no turkeys because the area had been clearcut by the Forest Service. Upset, they took their complaints to the agency, eventually getting a meeting with Chief Ed Cliff, and demanded an end to clearcutting as a timber management practice. As Cliff says in an excerpt from his oral history Half A Century in Forest Conservation, "It soon got beyond the turkey hunting issue." Indeed, what started off as a disappointing hunting trip for some buddies eventually led to Congress rewriting the Forest Service's Organic Act and forever changing the agency. 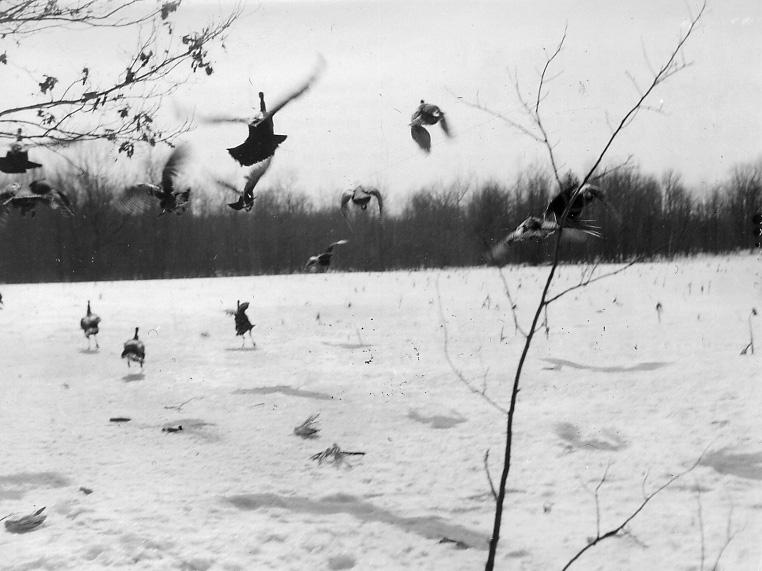 After several years of studies and discussion that changed nothing, the hunters turned to the Izaak Walton League and other conservation groups, and together they filed a lawsuit to stop the use of clearcutting as a harvesting method. Ironically, the outrage wasn't over clearcutting per se, but over the size of the clearcuts. Nonetheless, the plaintiffs asserted that the Forest Service was in violation of the Organic Act of 1897, which allowed the cutting of "dead, matured, or large growth" trees that had been "marked and designated" for sale. Clearcutting removed all trees; no one bothered marking individual trees since they'd all be removed. No matter, said the court. The law is the law. Izaak Walton League v. Earl Butz was found in favor of the hunters and overturned "the whole legal basis for timber management on the national forests." Congress now had to write a new organic act for the agency. The resulting National Forest Management Act changed how the Forest Service managed the national forests. Things were never the same for the agency after its passage in 1976 — additional protests and lawsuits further shaped and influenced how the agency conducted management. Ultimately, this led to its turn away from emphasizing timber management and to its embrace of ecosystem management.

This gross oversimplification of a major turning point in forest history is explored in numerous articles and books, many of which we've published. But we thought we'd pull two nuggets from our U.S. Forest Service History Collection to share with you. The first PDF is a one-page excerpt from Ed Cliff's oral history. The second is from The Monongahela National Forest, 1915-1990, which weaves together oral histories and secondary sources into a solid history of the forest. This lengthy excerpt delves into the background of clearcutting on national forests and does a great job of providing context for the controversy, as well as showing that the agency was not monolithic in its thinking. So, on Thanksgiving Day, just before you drift into that tryptophan coma after eating too much turkey, think about how different history would be if only some turkeys had been hanging around in that clearcut in West Virginia.