A significant amount of Michigan’s public forests today owe their existence to the work of the Civilian Conservation Corps during the 1930s. Known as “Roosevelt’s Tree Army,” CCC enrollees played a crucial role in reforestation efforts throughout the country during the Great Depression, and nowhere was the impact of their work more significant than in Michigan. Between 1933 and 1942, CCC workers in Michigan planted 485 million trees, more than were planted in any other state.

These plantings by the CCC took place on both state and federal land, but much of it occurred on the five national forests that existed in Michigan by the late 1930s: the Ottawa, Hiawatha and Marquette forests in the Upper Peninsula, and the Manistee and Huron forests to the south (the Marquette was later consolidated with the Hiawatha in 1962, and the two forests in the Lower Peninsula were combined administratively in 1955 to form the Huron-Manistee).

Michigan’s massive reforestation effort during the 1930s would not have been possible without the work of tree nurseries administered by the Forest Service. Most of the state’s planting stock was provided by four USFS nursery operations: the Beal Nursery in East Tawas, the Wyman Nursery in Manistique, the Chittenden Nursery in Wellston, and the Toumey Nursery in Watersmeet. By 1941 these nurseries were providing an average of 97 million seedlings each year for Michigan’s national forests.

The visual history of these nurseries is documented in four new image galleries recently added to the FHS website. With more than 150 historic photos, the galleries showcase the important work behind the reforestation efforts which transformed Michigan’s landscape. Continue below to view the photos in each gallery and to learn more about the history of each nursery. 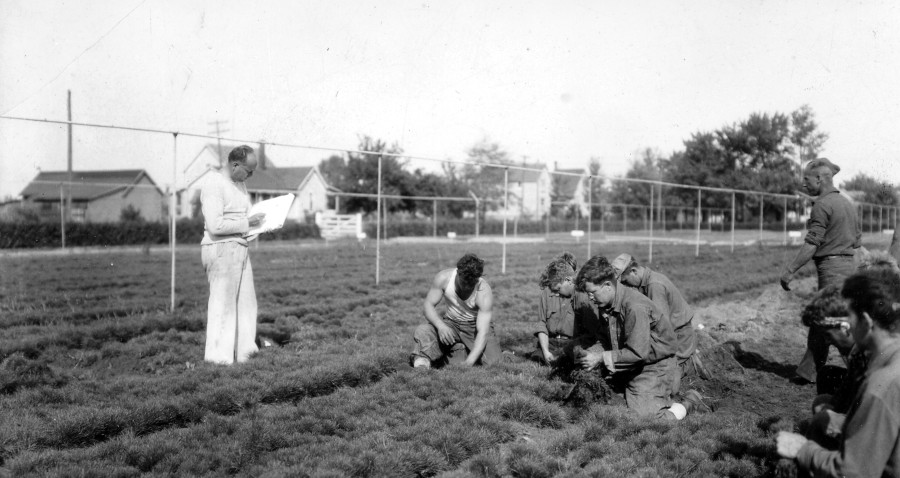 Beal Nursery (East Tawas, Huron National Forest)
The oldest of these four nurseries was the Beal Nursery, located in the town of East Tawas. The USFS originally operated a nursery near Tawas Lake from 1913 to 1915, but the location was too wet. Beal Nursery began as one city block in East Tawas in 1915, expanding to an area of 18.76 acres by 1933. During 1935 and 1936 land on the county fairgrounds was secured for additional nursery space. East Tawas also served as headquarters for the Huron National Forest during this time. 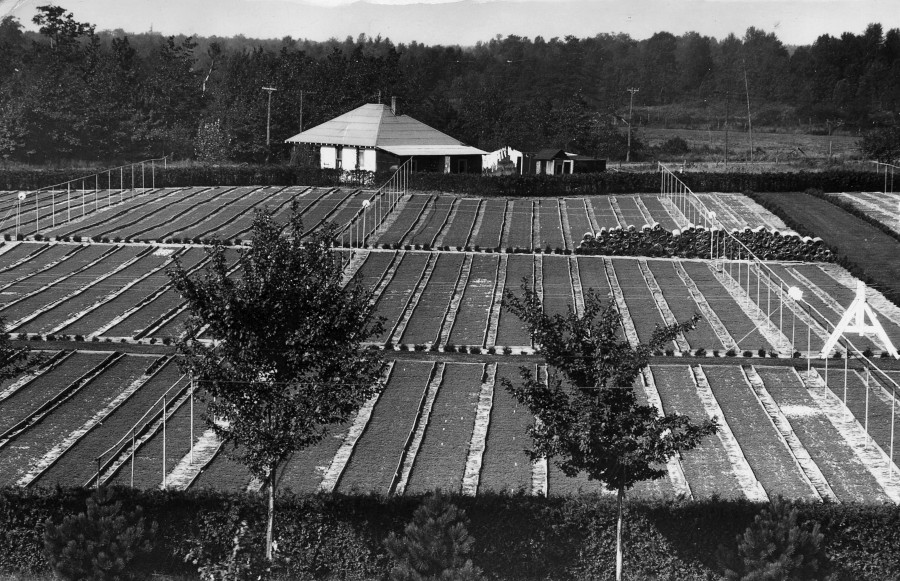 The Beal Nursery no longer exists, but this is how it was described by National Forests in Michigan, a 1941 USFS publication: “The Beal Forest Tree Nursery at East Tawas covers 37 acres and has a capacity of 12,000,000 trees annually. Trees from this nursery are all planted within the Huron Forest, and each year from 5,000 to 10,000 acres of denuded lands are again placed in production. The nursery provides seasonal employment for 35 to 50 men, and it attracts hundreds of visitors, who learn to identify the jack pine by its pairs of needles, the red pine by its clusters of three, and the white pine by its clusters of five.”

Wyman Nursery (Manistique, near the Hiawatha National Forest)
The Wyman Nursery property was originally part of a city park just north of Manistique on a delta between the Manistique and Indian Rivers. The park was never developed and the land was donated by the city of Manistique to the USFS, who established a nursery there in the fall of 1933. Later the city donated another 54 acres to the Forest Service to allow the facility to further expand. The nursery was given its present name in 1936 to honor the memory of the late Thomas Bright Wyman (1880-1935), a Biltmore Forest School graduate who ran a forestry training program in the Upper Peninsula known as the Wyman School of the Woods from 1909 to 1917. 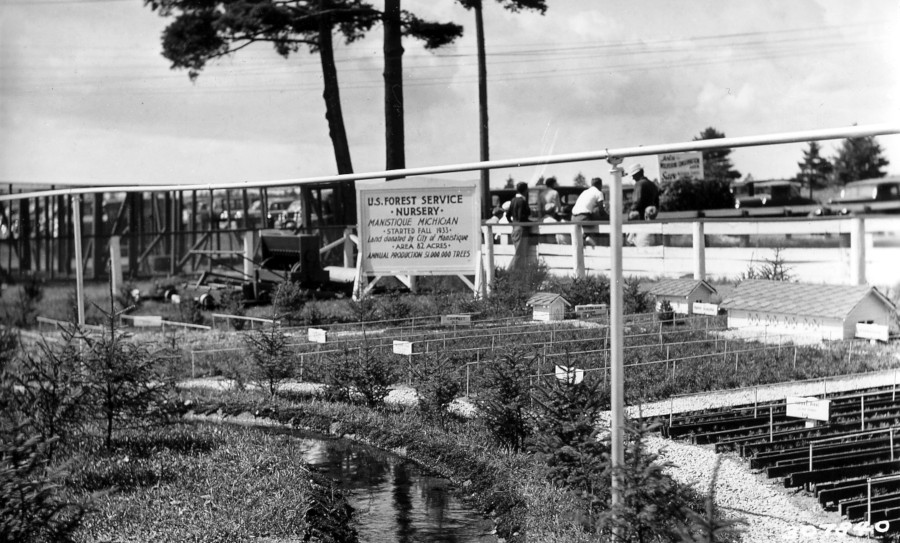 Chittenden Nursery (Wellston, Manistee National Forest)
CCC workers began to clear a site just east of Wellston for a new nursery in early 1934, and by the fall of that year the first plantings were made. The nursery at Wellston was later named for influential forestry professor Alfred K. Chittenden. In a ceremony on July 3, 1936, P.A. Herbert, head of the forestry department at Michigan State, delivered a dedication address as a large bronze medallion mounted upon a huge granite boulder in Chittenden’s memory was presented to the Forest Service. 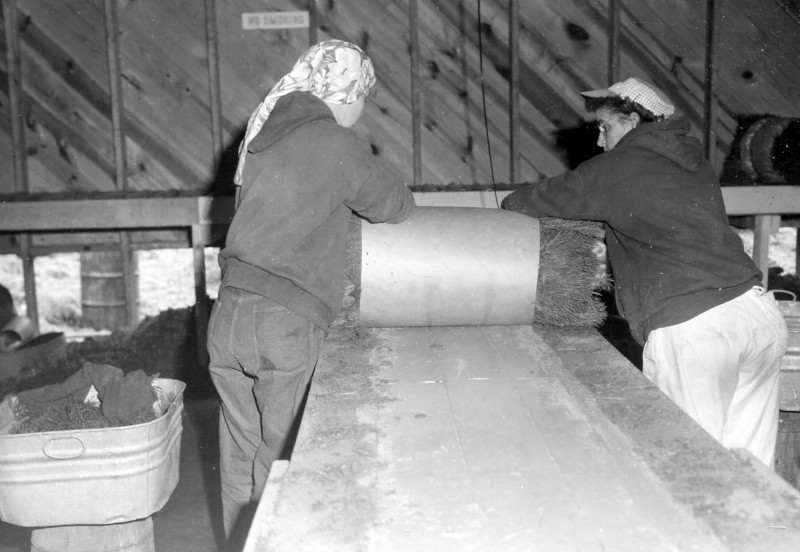 Chittenden Nursery workers completing the rolling of the bale, 1960.

The Chittenden Nursery supplied seedlings for national forests over the next few decades but was closed in 1973 because of decreased demand for seedling stock.

Toumey Nursery (Watersmeet, Ottawa National Forest)
The Toumey Nursery was established just east of Watersmeet in 1935. Red pine and jack pine seedlings were produced at the nursery and sent to forests in both Michigan and Wisconsin. The nursery was named for Professor James W. Toumey of the Yale School of Forestry. In a ceremony on July 10, 1937, a tablet was dedicated to Toumey on behalf of all the Yale Forestry graduates living within the Forest Service’s Eastern Region (Region 9). 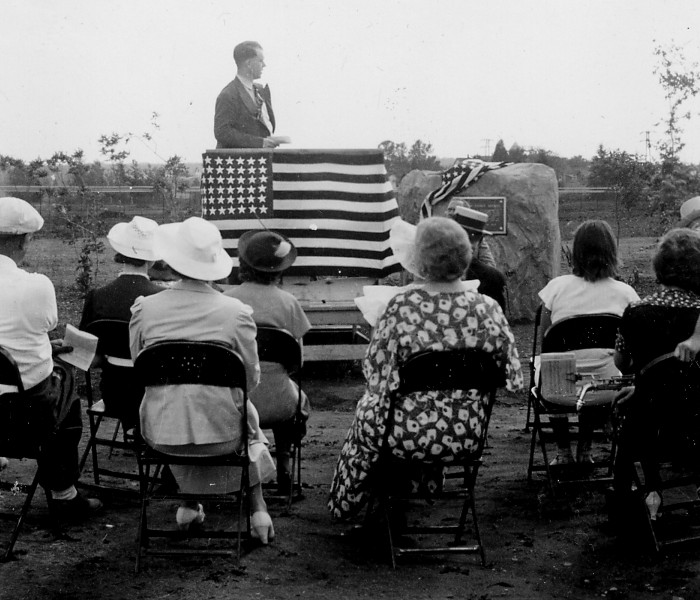 The 110-acre Toumey Nursery is still operated by the USFS today. At full capacity, it is capable of producing 7 million seedlings per year. 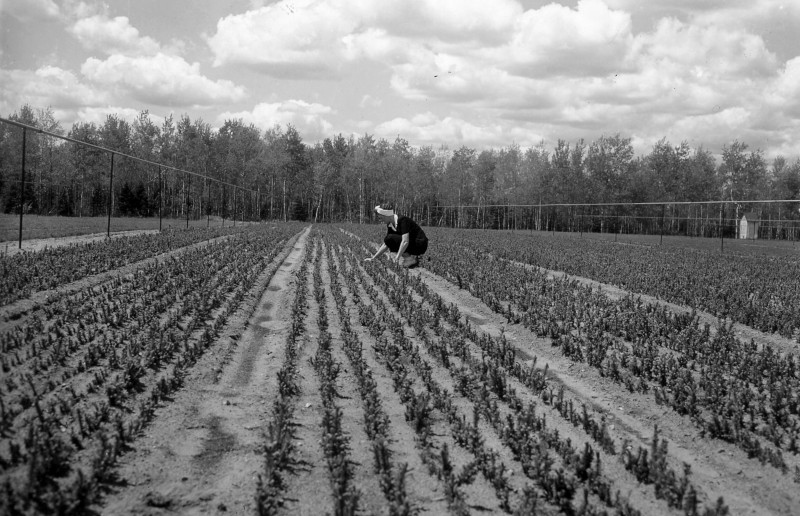