MOST of the secondary roads in the national forests have been planned and constructed primarily for the purposes of forest protection and development. In general, they are narrower, steeper, more winding, and necessarily slower than the surfaced highways familiar to the average motorist. Nevertheless, if traveled at reasonable speeds and with reasonable caution, they are safe.

Of the more than 137,000 miles of forest highways and forest-development roads thus far completed 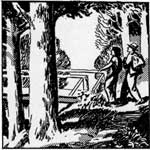 in the national forest transportation system, hardly a mile is without some scenic value. In locating roads through the forests the route of greatest scenic attraction is always given due consideration. Also, during construction a special effort is made to preserve timber along the roadside in as natural a condition as possible. Unnecessary scarring of roadside trees is avoided.

Some national-forest areas of outstanding scenic interest have been made available to motorists by means of specially constructed "scenic drives." 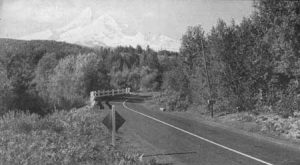 The Pacific Crest Trail system, which will eventually stretch 2,265 miles from Canada to Mexico, traverses 19 national forests. Although as yet there is no connected trail route along the 1,000-mile summit of the southern Cascade, Sierra Nevada, and Sierra Madre ranges in national forests of California, 870 miles of the trail in Washington and Oregon are finished, and certain sections of the trail in these States have been equipped with trailside shelters. More than 1,500 miles of the Pacific Crest Trail are in wilderness areas.

Maps of these completed portions, known as the Cascade Trail and the Oregon-Skyline Trail, can be obtained by writing to the Regional Forester at Portland, Oreg. No Forest Service map of the scattered sections of the trail through California is yet available. 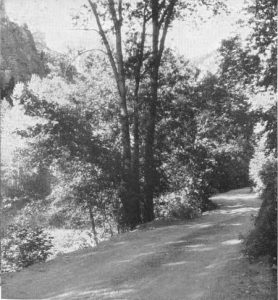 In the East is the Appalachian Trailway, with 546 miles crossing 8 national forests. Location and marking of the entire route—which extends for 2,050 miles along the crest of the Appalachian Range from Mount Katahdin in Maine to Mount Oglethorpe in Georgia—was completed in 1937.

Less known, but equally inviting, are thousands of other trails in the scenic "back country" of national forests throughout the United States.