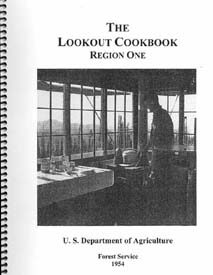 The 1938 Forest Service Lookout Cookbook for Region One, was obtained from the Lookout Mountain lookout in Idaho. Thanks are due to: Nancy Herby, Lookout, and Dale Martin, Fire Warden, Idaho Department of Lands, Cavanaugh Bay, Coolin, Idaho. Conversion to ASCII text by Steve Marston, Hughes Ridge Lookout.

The 1939 Lookout Cookbook Supplement no. 1, was found at Hughes Ridge Lookout, and does not appear to match the cookbook exactly.

Special characters have been eliminated while maintaining format and language.

The 1954 Region 1 cookbook was scanned by Alan Bailey.

All three versions are available in Adobe Acrobat PDF format.

An undated Forest Service Lookout Cookbook for Region Four was acquired by Michael Rutledge while working on the Hawley Mountain Lookout on the Boise National Forest. It was scanned by his wife Donna Kreiensieck who has also worked as a lookout and who shared the file with us. They especially like the suggestion to: “purchase a half or a whole mutton from sheepherders in the vicinity of your station. To keep, hang up in a tree or some other high point at night, wrapped in canvas, or put in a burlap sack during the day and put between blankets and mattress of bed." (p. 6) 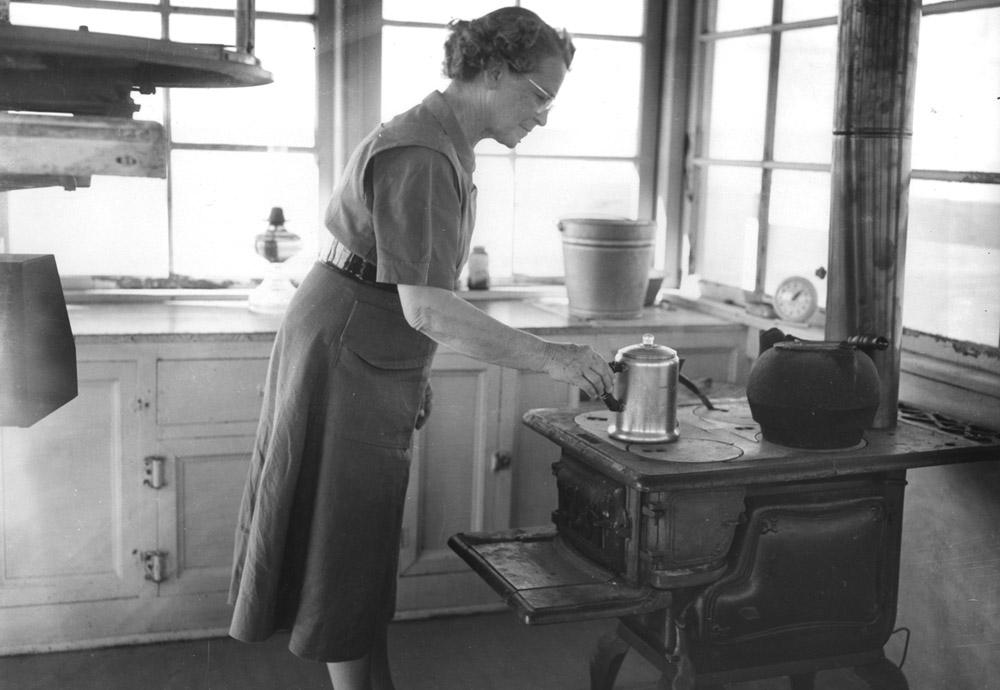