On this day in 1964, foresters, government officials, and others gathered near Asheville, North Carolina, at the site of the historic Biltmore Forest School. At this joint annual meeting of the American Forestry Association and the North Carolina Forestry Association, officials laid the cornerstone of the U.S. Forest Service Visitor Information Center, dedicating the Cradle of Forestry in America.

The Cradle of Forestry was envisioned as a unique indoor-outdoor museum that would celebrate the significance of the Pisgah National Forest lands to the history of forestry in the United States.

At the cornerstone-laying ceremony, Forest Service Chief Edward P. Cliff delivered remarks, which included a memorandum he drafted for a one-hundred year time capsule. Addressed to the Chief of the Forest Service in 2064, the memorandum provides interesting points to consider:

“I would like to glimpse the technological advances and the wealth of knowledge that you and your colleagues have at your fingertips. I know that it must surpass by far anything we can imagine here in 1964. Yet I am equally sure that you need all of these and more to solve what must be incredibly difficult and complex problems of forest management. . . .

“As a forester, my greatest hope is that in the decades which separate our careers, our people will have proved to be good stewards of our natural resources. It pleases me to think that each generation of foresters during this interval will have been able to build upon the work of their predecessors — just as your generation is benefiting from trees established, protected, and nurtured by us in the mid-Twentieth Century.”

The Forest History Society maintains materials related to this dedication ceremony, including newspaper clippings, event programs, brochures, and artifacts. Cleverly, the Cradle of Forestry planners printed maps and site information on litter bags given to visitors: 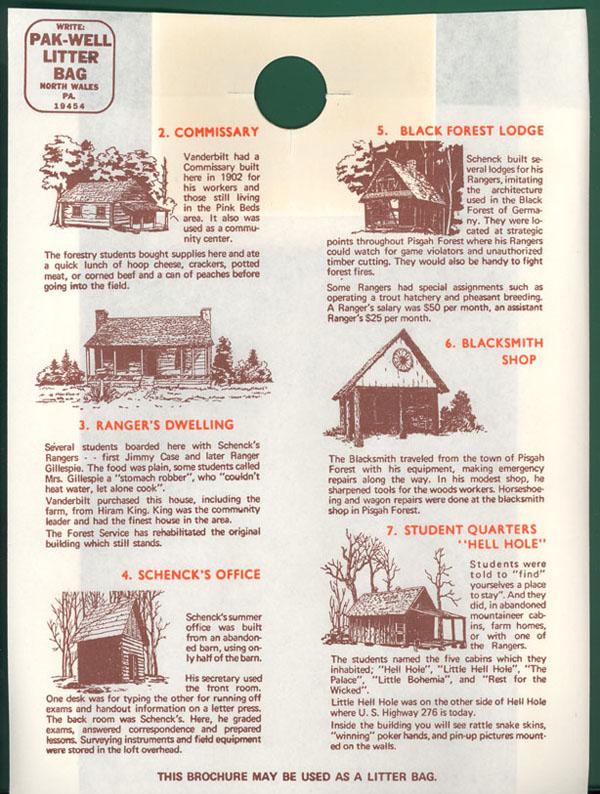 Perhaps the most “flavorful” part of the tour involves the description of the Student Quarters: 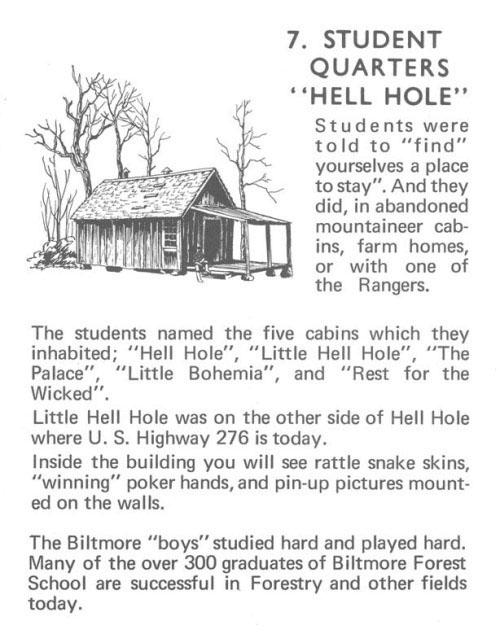 The materials featured above may be found in our U.S. Forest Service History Collection, under “Forestry Schools/Education: Cradle of Forestry.”

To support further research on the birth of American forestry, the Forest History Society holds several archival and image collections related to the Biltmore School, early foresters, the Forest Service, and lumber companies.  Such collections include:

Additionally, FHS has collaborated with N.C. State University, UNC Asheville, and the Biltmore Estate to present The Rise of American Forestry: From Education to Practice. I suspect Chief Cliff would be impressed by the “technological advances and the wealth of knowledge” at our fingertips.