Everyone knows Smokey Bear, Woodsy Owl, and maybe even Ranger Rick Raccoon. While there are many forest-related fictional characters that long ago fell by the wayside, new ones are appearing all the time. We thought we’d interview the people behind these new characters. In this first installment of our new series “Meet a Conservation Character,” we introduce you to Rozzie the Rat, the creation of Brooke G-Payge, an environmental educator who lives in Memphis, Tennessee.

Brooke, who first introduced Rozzie in her native England in 2013 and had great success there, works with her mom Sara and a team of educators to bring Rozzie into Memphis area schools to teach kids how they can recycle, conserve energy and water, and even mitigate climate change. We interviewed her just after she launched a Kickstarter campaign to produce two comic books featuring the adventures of Rozzie as he battles Wellsey the Weasel, who does everything he can to cause chaos and environmental destruction, and bring the books to five new schools in Memphis.

Q: How did you get interested in environmental issues?
A: Growing up mum and I have always been very green conscious, and doing our best to help preserve the plant. When I started writing children’s books [under the name Brooke West] in 2009 for My Pillow Pets, the plush toy company, I started spending a lot of time with children. This is when I realized that quite a few of the children were not aware how important it is to recycle, let alone about any other environmental issues. This upset me—they hadn’t been given the knowledge of knowing how important it was to protect our planet. This is where the idea was born to educate them in a fun and interactive way. 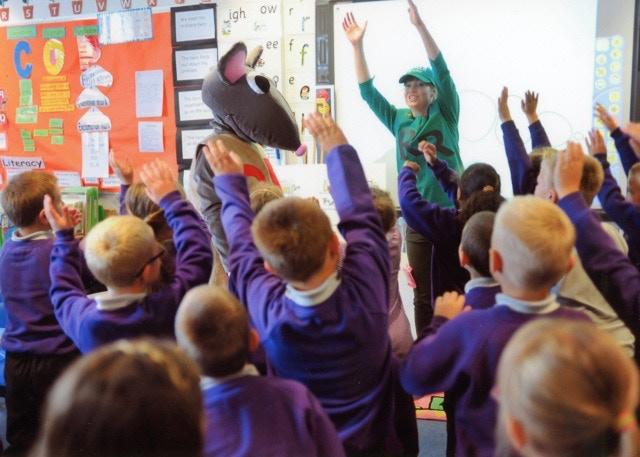 The Recycling Rescuers program ran in Norfolk, England, schools in 2013.

Q: How did you come up with the name?
A: After going through possibilities and finding none that jelled, I took a break and turned on the TV. I was watching Frasier and there is a character called Roz. Suddenly Roz Rat sounded okay but not endearing enough. That’s when I added the “ie”—Rozzie the Rat. 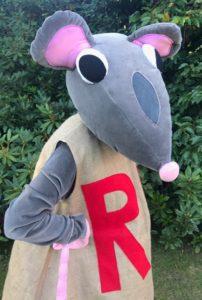 Q: You do the Rozzie program for students ages 4 to 11. How do the children respond to seeing a giant, but friendly, rat character? Is there a difference between how American and British kids react?
A: Everyone loves Rozzie. The reaction is actually my favorite part of the workshop. What seems to be very interesting is that the very young children are so trusting in believing that Rozzie is real that they just want to hug and be near him. The older children (9-11) know that he’s not real but want to keep that magic and believe that he is real, so they react the same way. Those 6 to 8 years old are torn on whether he is real or not, so the whole time they are looking for clues.

The children react the same in both countries. The reactions range from inviting him to lunch and birthday parties, to wanting to share their toys to trying to impress Rozzie with what they are going to do to help protect the plant. In many cases the children try to cling on to Rozzie and won’t let him leave the classroom.

I feel like he is a captivating character. Children have drawn pictures and written their own stories about Rozzie that have been sent to us. He really makes an impact.

Q: When you first started out with Rozzie, the focus was on recycling, then it grew to include energy and water conservation, and now climate change. Why have you broadened the focus?
A: After the success with the recycling workshop and seeing what a difference it had made after going into the schools with Rozzie, we were approached by our local government [in England] to create an energy savings workshop. 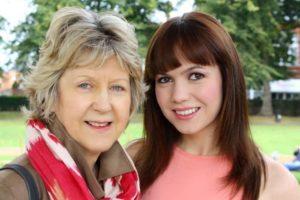 Brooke and her mom “have always been very green conscious.”

Q: How do you make the information easy for kids to understand and remember?
A: We work with Cherish Watton from Cambridge University and Rebecca Farnum, 2012 EPA Marshall Scholar, and a team of environmental researchers from the University of East Anglia and King’s College London. Becca and her team have worked to make sure our information about climate change science is accurate yet accessible for young people.

We added music, song, and dance to our workshops also to reinforce the messages that are delivered through text to make everything more alive and exciting. I find that learning through music and movement is best way to have a message resonate and stay with you.

Q: I know you’re working with Marvel Comics artist Rick Leonardi to create comic books in which Rozzie and the Eco-rescuers are superheroes. What are your goals for this project? Will Rozzie follow the career path of other Marvel-created characters and get his own TV show?
A: Absolutely he will, and a regular comic strip—my goal now that we have Rick on board is to turn Rozzie into more of a superhero Rat. I think with Rick’s amazing talent he will be able to bring even more life into Rozzie and make him unforgettable. 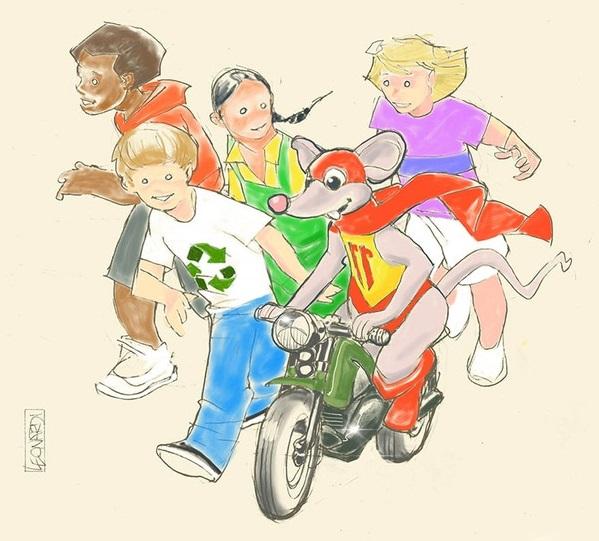 Rick Leonardi’s initial design of Rozzie the Rat and friends

Q: How can you keep Rozzie from becoming yet another forgotten character?
A: It’s all about leaving an everlasting impression with the children—I believe Rozzie has the power to do that. By making him as exciting as possible and knowing that his superpowers are saving the planet’s future I believe he will be the next Superman—I mean, Super Rat!