January 21, 1892: Hoo-Hoo International, Not Your Father’s Skull and Bones

There are few things I desire more in this world than to unmask secret societies and to find derivations of  "concatenate" in unexpected places. Imagine my delight when I learned that FHS holds a small collection of records for the International Concatenated Order of Hoo-Hoo.

On this day in 1892, the International Concatenated Order of Hoo-Hoo, a fraternal society for men in the lumber industry, was founded in Gurdon, Arkansas.  The Order owes its birth in large part to a train delay. As the story goes, Bolling Arthur Johnson, a journalist for Chicago's Timberman trade newspaper; George K. Smith, secretary for the Southern Lumber Manufacturers Association in St. Louis; and three others arrived in Gurdon as a connection point. Journeying from the meeting of the Arkansas Yellow Pine Manufacturer's Association held in Camden, the five men anticipated a short stop in Gurdon and then transit to other destinations. They learned the train would be delayed for seven hours and the men looked for ways to fill time.

Johnson and Smith sat on a lumber pile, eventually sharing thoughts on a unified lumber fraternity.  Later, the two sought out the three other men, George Washington Schwartz, William Starr Mitchell and William Eddy Barns.  In the lobby of Hotel Hall, the five discussed the feasibility of the fraternity, joined later by Ludolph O.E.A. Strauss of the Malvern Lumber Company in Gurdon.

As the Daily Siftings Herald reports, "In a nutshell, the men wanted to create a fraternity that would obtain the business interests of all lumber organizations in existence so that, in the 'complex web of industry concerns,' the fraternity’s fellowship and goodwill would trickle down to every timber organization — so they could all 'bear the fruit of service to the industry.'"

Flagrantly eschewing superstition, the new fraternity adopted the black cat as its mascot, intentionally harkening back to the Egyptians, who worshipped the cat as a deity.  Referencing the supposed nine lives of cats, Johnson suggested the number nine would receive importance and reverence in the Hoo-Hoo society.  For the logo, the cat's tail curls into a 9; nine men sit on the Board of Directors; and their annual meeting would be held on the ninth day of the ninth month beginning nine minutes after nine.  The original initiation fee was $9.99 and annual dues began at 99 cents.  Clearly, these boys liked a theme.

My commitment to this post was solidified when I read the officer titles of the Supreme Nine in the 1901 constitution and membership directory:

Taking Jabberwock as a clue, the names seem to have been inspired by Lewis Carroll's "The Hunting of the Snark." The Supreme Nine are followed by the House of Ancients, Vicegerent Snarks, and Inmates of Osirian Cloister. 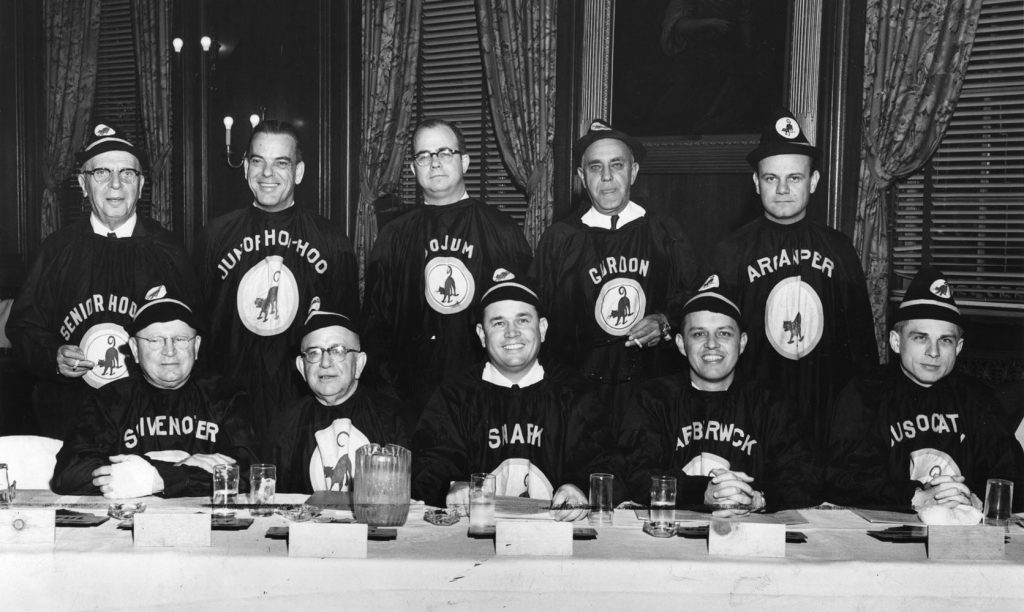 With zany titles and rituals and an emphasis on more light-hearted fellowship, some wondered whether the order should be taken seriously.  An 1896 editorial in Austin Daily Statesman refuted such a suggestion:

The Concatenated Order of Hoo-Hoo is not a joke; it never was a joke; it will never be a joke. All those who have properly wandered through the devious windings of the labyrinth of trial and tribulation are entitled to all the benefits that accrue from that sacrifice.

While the fraternity may not be a joke, let no one say its members are opposed to fun, as evidenced by the Society for the Preservation of Wooden Toilet Seats: 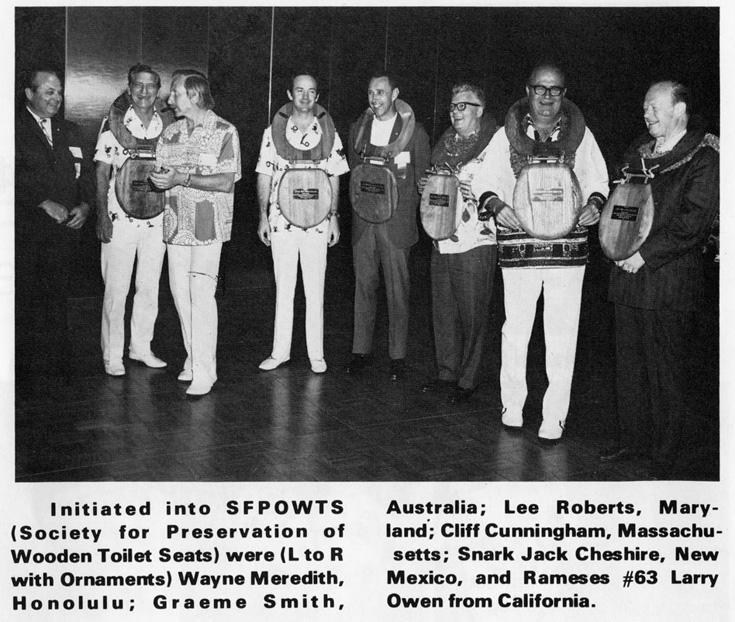 Originally, the Hoo-Hoos proposed to devise a secret means of communication that would enable members to correspond with one another without revealing their identities to outsiders.  Yet, the Hoo-Hoos resemble less an exclusive secret society and more a business fraternity.  Even still, the members have not lost their interest in intrigue: 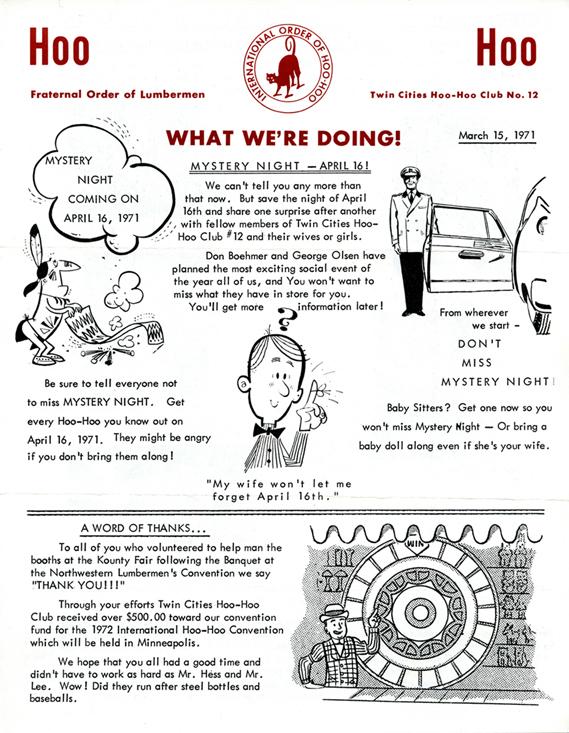 In sum, the Hoo-Hoos had me at hello.