Everyone knows Smokey Bear, Woodsy Owl, and maybe even Ranger Rick Raccoon, but there are many other forest and forestry-related fictional characters that long ago fell by the wayside. Peeling Back the Bark's series on “Forgotten Characters from Forest History” continues here with Part 3 in which we examine the life and tragically short career of Johnny Horizon.

He came from out of the West. He was a loner who brought the people together. With their help, he said, together they could clean up their towns and farms. "Do-gooder," they called him. "Square-jawed," they said. Troubadours traveled the countryside, singing about how a folk hero walked among them. Hearing his story changed the people's lives. Rural folk and urban kids, hippies and businessmen, even the president—they all did as he asked. As his fame and power spread, the government grew nervous. Then one day the suits in Washington said they'd had enough. They'd created him, they could silence him. They ordered him "phased out." To this day, he is still honored in the one state that loves its forest history characters more than any other. He was Johnny Horizon. And his legend lives on.

It was the late 1960s. The environmental movement was in full swing. Trash and water and air pollution had become major concerns for the Bureau of Land Management (BLM). Johnny Horizon arrived on the scene in 1968. His message was simple: It's your land, it's my land — Keep it clean! It was just what the BLM wanted to hear. They'd been the brunt of jokes for years, ridiculed as the Bureau of Livestock and Mining. The BLM needed help to clean up their image and clean up their lands. Johnny was the man for both.

Johnny had it all going for him. He was Hollywood handsome, "a tall, lean man with strong facial features, who wears slacks and sport shirt buttoned to the collar (both green, when colored), no tie, a field jacket (red, when colored), boot-type shoes (brown, when colored) and who carries a backpack." His message was as disarming as his good looks: Clean up America for its 200th birthday. Who could argue with that?

At first the bureaucrats at the BLM were smitten. They hired the handsome stranger as their anti-litter symbol and spokesman. Johnny was an instant hit. A television appearance sparked 23,000 letters in one month from fans promising to reduce litter on public lands. Others signed pledge cards saying they'd do the same. He became bigger than anyone had ever imagined. Somewhere a talking bear was shaking in his blue jeans. 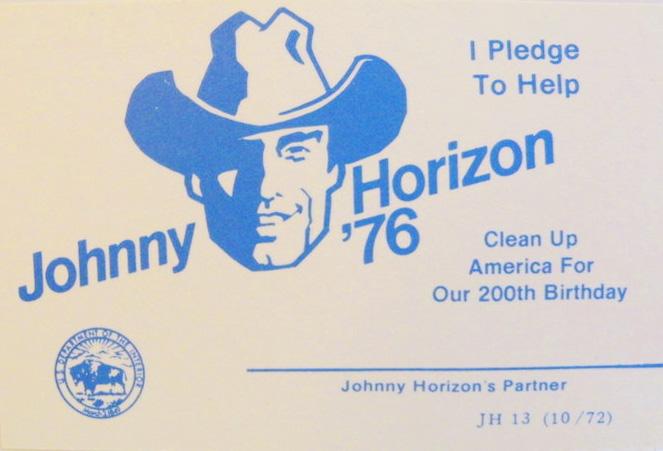 Folk singer and actor Burl Ives quickly teamed up with Johnny and the Department of the Interior to help spread his message. In a press conference in 1970, Ives promised to "get 200 million Americans aware of and caring for their environment." Within a few years' time, "countryside clean-ups" had spread to 40 states and 300,000 people were volunteering their time. Ives even commissioned songs to help spread the message. Together with singer Randy Sparks and the New Canaan Singers, he toured the country and gave free concerts—18 in all—while literally singing Johnny's praises. And spreading his radical message that the people take care of their land. 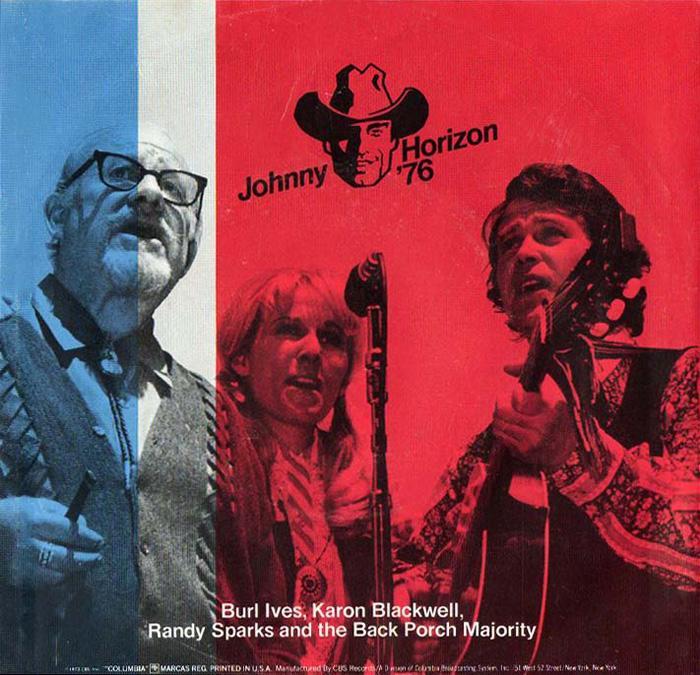 One song invoked the names of the Founding Fathers and made a direct appeal to "the rangers and the Wolf Cubs and the Boy Scouts and the Girl Scouts" … "to help keep America clean." Johnny was winning the hearts and minds of the kids. They could get free bumper stickers and buttons with Johnny's message. They could buy t-shirts and watches and belts with his face on it. He even showed up on the popular kids' cartoon "Fat Albert."

Children could use Johnny Horizon Environmental Test Kits to test for air and water pollution. The pint-sized scientists took to the urban streets and rural streams. Adults put trash in bags emblazoned with Johnny's trademarked good looks. At night on television they could see Ives talking with Johnny Carson and singing with Johnny Cash about the work this new folk hero was doing. (In a 5-year period, in addition to the 18 concerts, Ives recorded 55 radio and television public service announcements. The Interior Department gave him the National Environmental Award in 1975 for his work, estimating that he'd donated $1 million in time and talent.) By 1972, Johnny Horizon and his message were everywhere.

That same year the Department of the Interior made him their man for "environment and conservation matters." Then Johnny started asking the people to do more. He wanted Americans to plant trees, to beautify the country. He asked his followers to be careful with fire, to obey the fish and game laws. The New York Times and Newsweek did articles on him. Johnny was bigger than the department. Some thought he'd gotten too big for his own good.

Then the men who had hired Johnny left. The new guys didn't like Johnny, didn't like his image, said he wasn't "a natural symbol" like a certain bear. They resented his growing popularity and growing budget. The department nixed a deal to open a chain of franchised "Johnny Horizon Natural Parks" campsites. Were they sending a message when they made him a disembodied head? Was it a coincidence that after President Ford declared September 1974 as "Johnny Horizon '76 Clean Up America Month" two attempts were made on the president's life?

The year of our nation's bicentennial was to be Johnny's biggest year yet. But his handlers overplayed their hand when they demanded double the money for their man. The Department had had enough. They ordered him "phased out." They even brought in an ex-military man to do the dirty deed. Spread the word, the colonel said: "Johnny Horizon, His Job Done, Leaves Government Service." And with that, he was gone.

In Twin Falls, Idaho—far from the prying eyes of Washington—every April the townfolk gather to honor the memory of their hero. On Johnny Horizon Day, they do what he first asked of them in 1969: Clean up the land because its their land. And they do. By the thousands. And then they gather their children around and celebrate the great man.

Johnny Horizon may be gone, but his legend lives on. 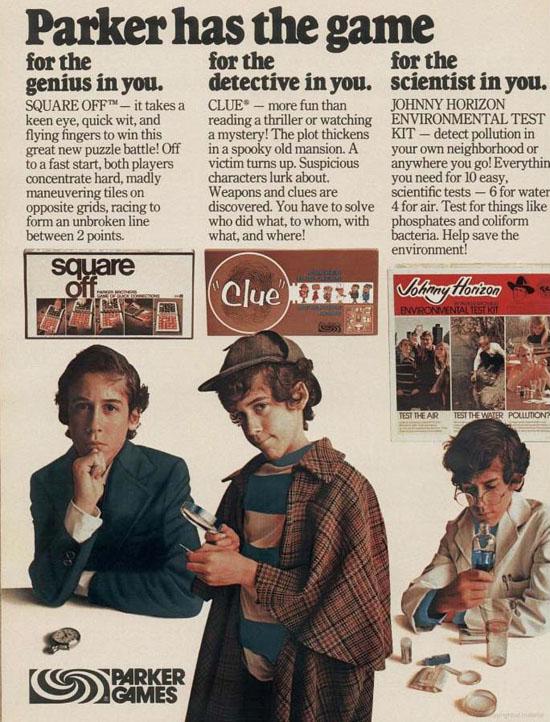