Private Forestlands and the Challenges They Face

“This land is mine, mine to use and enjoy, mine to treat as I wish.” How true is this statement? Local, state and federal governments pass laws and ordinances that have an impact on land use rights. Landowners have many rights to the properties they own, but that doesn't mean they have all rights. Recently, various actions by governments and courts suggest that the property rights of private landowners can be shared with the public and that these rights can be limited. For example, homeowners' property rights are often limited by rules and regulations within their Home Owners Association. You may own a house but you may have to seek permission from the Home Owners Association to build a deck or addition on the back of your house, establish a fence or even cut a tree. Another example: you may own several hundred acres of private land that you would like to develop into new homes. Yet you must receive permits from the state and the city or county to develop this land. You may be required to have a certain amount of “open space” in your development or you may be required to build a certain number of “affordable homes.” You may own a private forest that contains “vital habitat” for the Northern Spotted Owl or the Red-Cockaded Woodpecker. In that case your timber harvesting is limited due to the Endangered Species Act. 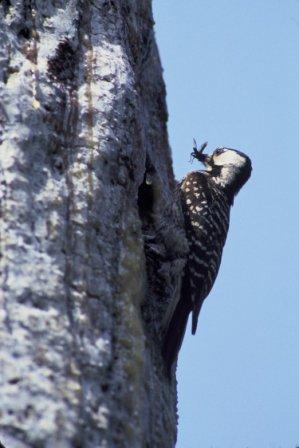 Image 1: Red-cockaded Woodpecker; considered federally endangered since 1970 (under a law that preceded the Endangered Species Act of 1973). The woodpecker was once common to pine forests in the southeastern United States. Photo provided by the U.S. Fish and Wildlife Service (http://www.fws.gov)

In February 2006 the U.S. Fish and Wildlife Service put Boiling Spring Lakes , North Carolina on notice that rapid development in their community threatened to squeeze out the red-cockaded woodpecker, an endangered species protected under the Endangered Species Act. The agency issued a map marking 15 active woodpecker “clusters,” and announced it was working on a new map that could potentially designate entire neighborhoods of this town as protected habitat. The red-cockaded woodpecker nests exclusively in living trees and in particular likes longleaf pines, which are abundant in Boiling Spring Lakes . After hearing the news of new maps landowners in Boiling Spring Lakes began clear-cutting thousands of trees to keep their land from becoming part of U.S. Fish and Wildlife's protected habitat areas, subject to more-stringent building restrictions. Between February and September 2006, the city issued 368 logging permits. People in the growing coastal community were fearful that if their land became designated as protected habitat, the value of their forested lands (either for timber or development) would decrease dramatically.

According to an Associated Press article from September 23, 2006: “Bonner Stiller had been holding onto two wooded, half-acre lakefront lots for 23 years to pay for his kids' college educations or cushion his retirement. He had both lots stripped of longleaf pines before the government could issue its new map.”

On September 5, 2006 the latest federal bird survey map was available at a city commissioner meeting. This map indicated 24 nesting clusters and would potentially affect 2,704 lots in town, designating these areas as protected habitat. Strict rules on land being used by the birds would be enforced. Under the Endangered Species Act, longleaf pine trees, the woodpecker's prime habitat, cannot be removed without specific plans to reduce the impact on the birds. Under the protection of the Endangered Species Act, anyone convicted of killing, harming, or “harassing” the red-cockaded woodpecker could face up to a year in prison and $100,000 in fines.

In March 2007, the city officials of Boiling Spring Lakes sought to create new legislation that would allow them to charge a special assessment, adding extra fees for individual building permits for development of wooded lots where the red-cockaded woodpecker lives. In order to receive such a permit, a property owner or developer must come up with a habitat conservation plan outlining steps taken to sustain the woodpecker's habitat elsewhere. This plan might include maintaining a portion of ones land as a protect area for the woodpecker and then developing the other portion of the land. This special assessment, paid to the city, would help pay some of the costs of developing a citywide woodpecker protection plan.

Another way the Fish and Wildlife Service tries to work with private forestland owners on the impact of the Endangered Species Act has been with safe harbor agreements.  The general idea behind a safe harbor agreement is that people who do good deeds should not be punished for doing them. Safe harbor agreements are a relatively new (late-1990s) conservation tool. Safe harbor agreements assure landowners who agree to carry out activities on their land expected to benefit an endangered species that no added restrictions will be imposed on the landowner as a result. For example, if a landowner manages his/her land in ways likely to attract endangered species to their property, or to increase the number of those species already there, they will not experience increased restrictions on the future use of their property (i.e. they would be able to harvest timber or develop their land in the future even with the presence of an Endangered Species).

The example in Boiling Springs Lakes shows how laws designed to protect endangered species, if not implemented carefully, can prompt the exact opposite behavior that was desired. In the Boiling Spring Lakes case, fear of economic losses caused many people to try to protect their assets from what they saw as a threat. Once their land was designated “protected,” landowners would not be compensated in any way for delays or expenses incurred by the regulations. Their extreme reaction has caused environmentalist, landowners, and government officials to come together to find a fairer approach to implementing laws that restrict uses of private property.

Forestland owners often face insect invasions or fire threats on their land and then they are forced to make a decision on how to combat these issues. They do not always have the financial resources or the latest technology to sufficiently protect their land and its timber resources. They also face pressure to sell for development. Sometimes private forestland owners find that they can make more money by selling part or all of their land for development rather than managing the land for trees. Taxes are an issue. There are numerous programs throughout the country that offer lower property taxes in exchange for protecting forestlands.

_______ Conduct initial research on issues facing private forestland owners and choose the topic on which you will report. Turn topic choice into teacher on: ________________(due date)

_______ Conduct more detailed research on your chosen topic. Be sure to find answers to all of the questions listed in the directions.

_______ Give a 3 minute “brief” to the class on your findings. Participate in the follow-up class discussion.