Read the essay "A New Profession Takes Seed" to complete the puzzle below. 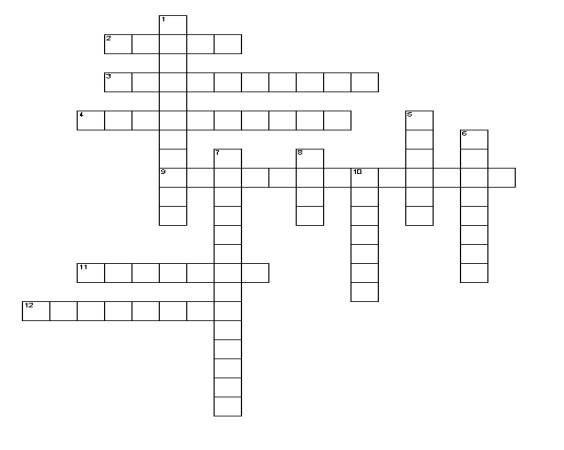 2. Author of 1864 book Man and Nature that became a spark for public concern regarding the future of U.S. forests.
3. Legislation that provided the first policy guidance for management of national forests.
4. Type of forestry that reflected Progressive values of efficient management and technical training to solve problems brought about by industrialization.
9. During the latter half of the 19th century many people believed forests were _________.
11. First Chief Forester of the redefined U.S. Forest Service and famous for his "call to action."
12. Now called national forests this was the original name given to land owned by the government and designated for public use.

1. Era at the beginning of the 20th century where private citizens lobbied for social change either at the hands of the government or professional “experts.”
5. Early conservationists predicted that the reckless destruction of trees eventually would result in a timber ________.
6. Founded in 1898 this was the first forestry school in America.
7. President known for his significant contributions to the conservation movement.
8. First American university to offer a graduate program in forestry (1900).
10. Formerly called the Division of Forestry this government agency changed its name to the U.S. Forest ______ to symbolize its mission to benefit society.