Legend of the Cedar Tree

A long time ago when the Cherokee people were new upon the earth, they thought that life would be much better if there was never any night. They beseeched the Creator that it might be day all the time and that there would be no darkness. 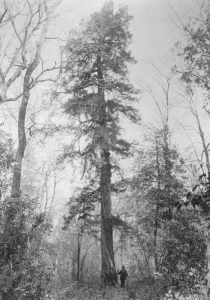 The Creator heard their voices and made the night cease and it was day all the time. Soon the forest was thick with heavy growth. It became difficult to walk and to find the path. The people toiled in the gardens many long hours trying to keep the weeds pulled from among the corn and other food plants. It got hot, very hot, and continued that way day after long day. The people began to find it difficult to sleep and became short tempered and argued among themselves.

Not many days had passed before the people realized they had made a mistake and, once again, they beseeched the Creator. "Please," they said, "we have made a mistake in asking that it be day all the time. Now we think that it should be night all the time." The Creator paused at this new request and thought that perhaps the people may be right even though all things were created in twos… representing to us day and night, life and death, good and evil, times of plenty and those times of famine.

The Creator loved the people and decided to make it night all the time as they had asked. The day ceased and night fell upon the earth. Soon, the crops stopped growing and it became very cold. The people spent much of their time gathering wood for the fires. They could not see to hunt meat and with no crops growing, it was not long before the people were cold, weak, and very hungry. Many of the people died.

Those that remained still living gathered once again to beseech the Creator. "Help us Creator," they cried! "We have made a terrible mistake. You had made the day and the night perfect, and as it should be, from the beginning. We ask that you forgive us and make the day and night as it was before."

Once again the Creator listened to the request of the people. The day and the night became as the people had asked, as it had been in the beginning. Each day was divided between light and darkness. The weather became more pleasant, and the crops began to grow again. Game was plentiful and the hunting was good. The people had plenty to eat and there was not much sickness. The people treated each other with compassion and respect. It was good to be alive. The people thanked the Creator for their life and for the food they had to eat.

The Creator accepted the gratitude of the people and was glad to see them smiling again. However, during the time of the long day of night, many of the people had died, and the Creator was sorry they had perished because of the night. The Creator placed their spirits in a newly created tree. This tree was named a-tsi-na tlu-gv {ah-see-na loo-guh} cedar tree. When you smell the aroma of the cedar tree or gaze upon it standing in the forest, remember that if you are Tsalagi Cherokee, you are looking upon your ancestor. Tradition holds that the wood of the cedar tree holds powerful protective spirits for the Cherokee. Many carry a small piece of cedar wood in their medicine bags worn around the neck. It is also placed above the entrances to the house and the needles are burned to protect against the entry of evil spirits.