"John Muir and the Modern Passion for Nature" 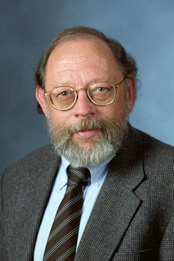 Abstract: Professor Donald Worster, Professor of American History, University of Kansas, shared his work on John Muir’s changing views of the natural world and the legacy they left for today’s environmentalists. The lecture was held at 4:30 p.m. on 10 November 2004 in White Lecture Hall on the East Campus of Duke University.

Professor Worster is primarily interested in the emerging field of environmental history – the changing perception of nature, the rise of conservation and environmentalism, but especially the ways that the natural world has impinged on human society and provided the context for human life over time. His most recent book, A River Running West: The Life of John Wesley Powell,is published by Oxford in 2001. Earlier books include The Wealth of Nature, Under Western Skies, Rivers of Empire, Dust Bowl, and Nature’s Economy (now available in 5 languages).