"Forests and War in World History" 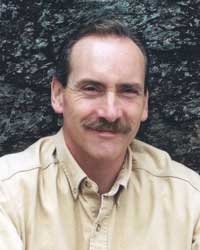 Abstract: Professor John R. McNeill, an environmental historian from Georgetown University, addressed connections between forests and warfare in history, including both the impacts of war upon forests and the roles of forests in war. The lecture was held at 4:00 p.m. on 5 November 2002 in White Lecture Hall on Duke University’s East Campus.

John R. McNeill writes about the history of human ecology and environmental change, with a particular focus on world history. His articles have appeard in such journals as Environment and History, Environmental Review, and Renewable Resources Journal. He has contributed essays to several books and is the author of such notable works as The Mountains of the Mediterranean World: An Environmental History (Cambridge, England: Cambridge University Press, 1992) and Something New under the Sun: An Environmental History of the Twentieth-Century World (New York: W. W. Norton & Company, 2000).