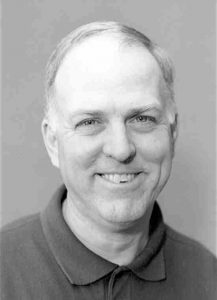 Abstract: The 2001 lecture was a highlight of the 2001 joint conference of the American Society for Environmental History and the Forest History Society. Dr. Steven Pyne, an eminent fire historian sought a new model for imagining the relationship of man and wildfire. The lecture was held at 7:30 p.m. on 29 March 2001 in Ballroom 102/103 of the Marriott Convention Center in Durham, N.C.

Steve Pyne is a professor in the Biology & Society Program at Arizona State University. He has written many noted books, including How the Canyon Became Grand: A Short History (New York: Viking, 1998) and Year of the Fires: The Story of the Great Fires of 1910 (New York: Viking, 2001). His best known works are from his “Cycle of Fire” suite, a survey of fire and humanity around the world, published in the Weyerhaeuser Environmental Books series. He has received a MacArthur Fellowship (1988), a Fulbright Fellowship (Sweden), and two NEH Fellowships in addition to numerous literary honors. The Forest History Society named his book Fire in America: A Cultural History of Wildland and Rural Fire (Princeton, N.J.: Princeton University Press, 1982) the best book published in 1981/1982.