"E.T.: The Extra-Terrestrial" released 30 years ago today. Where’s the sequel?

Today marks the 30th anniversary of the release of “E.T.: The Extra-Terrestrial,” Steven Spielberg’s beloved film about an alien visitor who befriends a young boy; it’s also the film that gave us the catch phrase “Phone home.” As faithful readers of this blog know, we love films from the ’80s nearly as much as forest-themed films. Because “E.T.” was such a hit, naturally talk soon thereafter began about making a sequel. It’s recently come out that Spielberg’s sequel idea had evil ETs coming to Earth and capturing Elliot, then holding and torturing him for information about his friend, who is their nemesis. There was also discussion of a sequel to the novelized version of the film in which E.T. communicated with Elliot through brain wave messages.

Fortunately, a sequel never happened. And I know why. It’s because those two ideas don’t work independently. In my sequel, I combine elements of both. It’s 20 years later and Elliot, who lived near the woods where E.T. originally had landed, has grown up to become a logger. E.T. senses that Elliot’s unhappiness and loneliness is growing worse because Elliot misses E.T. but keeps trying to forget him. That time with E.T. is proving to be the highlight of his life. We see requisite scenes of Elliot in misery: his wife leaves him for an anti-logging protester, he’s about to get fired, he flips through a scrap book with clippings of The Big Adventure, he drinks too much.

So instead of brain wave messages, E.T. begins communicating with Elliot by leaving messages in the trees his human friend cuts for a living. Given that E.T. was a botanist collecting samples when his team was scared off and left him behind, it seems only natural that he communicate through this medium. The first message is delivered the day Elliot is fired. The simple reminder of Elliot’s little friend—his face on a disc cut from a log—goes unseen by Elliot and is accidentally sold to a customer who then shows it off to the local news. Elliot sees the disc on TV, but so do the government agents who had tried to capture E.T. when he first visited. They take Elliot into custody and begin interrogating and torturing him for information. E.T. comes back and helps him escape, then hijinks and chases ensue, and his wife reunites with him. Fast-forward to the end, and the agents who were holding guns as E.T. and a young Elliot and his friends flew overhead on bikes are now protesters holding axes as E.T., Elliot, and his fellow loggers roar past them in logging trucks. Roll credits.

Below are the first publicity photos from the film “E.T.: I Pine for You” (alternative titles include “E.T.: Invasive Species,” “E.T.: Friendship Rings,” “E.T.: A Tree-mendous Friendship,” or “E.T.: Woodsy Pal”.) Okay, maybe the photos are really from page 64 of the June 1983 American Forests magazine. And maybe it’s Ora Best of Eunice, Louisiana, holding a camphor-tree log. But who’s to say this wasn’t E.T.’s way of communicating with Elliot? 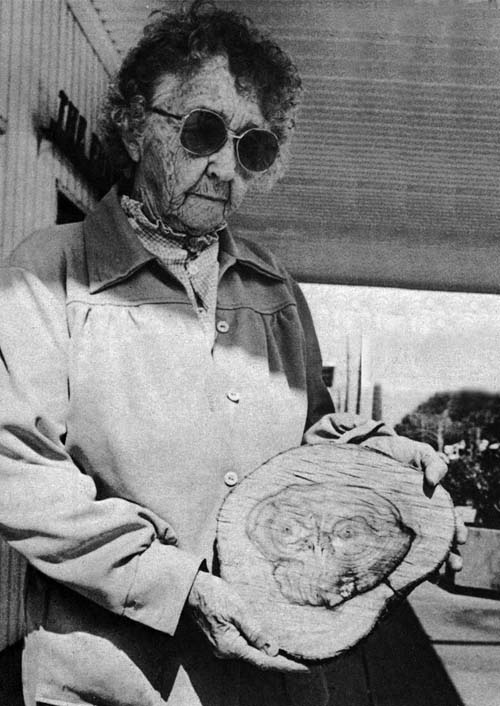 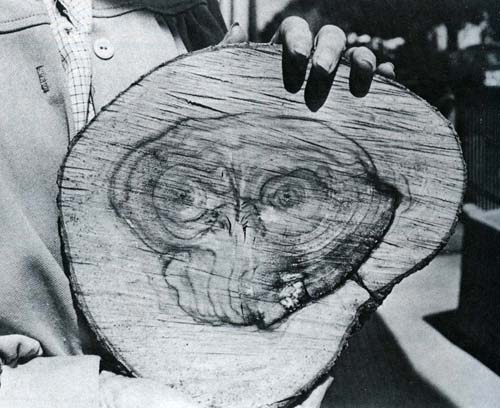