July 1 marks the anniversary of the U.S. Forest Service’s establishment of the National Forest System in 1907—the day the “federal forest reserves” were renamed “national forests.” Historian Char Miller wants to share his birthday wishes for them.

Not every anniversary deserves commemoration. Ordinarily, the 110th birthday of anything would not merit much attention, but there is little about our time that is ordinary, particularly not for those deeply concerned about the protection and maintenance of some of America’s most beloved landscapes—the 193 million acres that constitute our system of national forests, a system that was born in March 1907.

So, head to the kitchen, bake a (big) cake and dot it with 110 birthday candles; light ’em up; and just before you extinguish the blaze, make a wish. 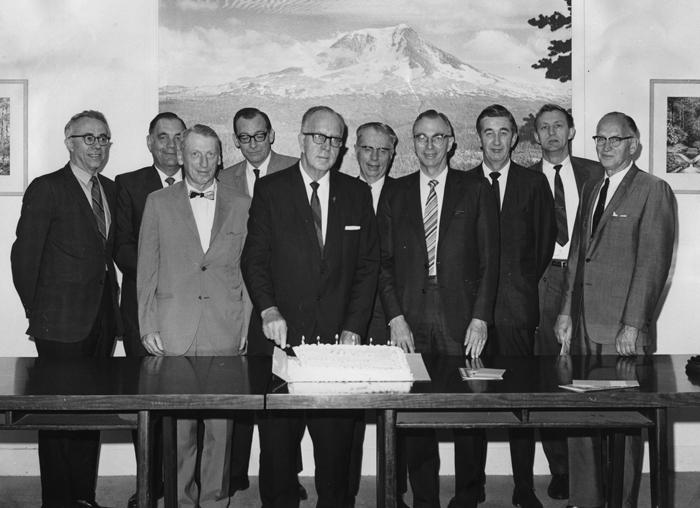 Mine is simple: that these public lands will remain public. That their management will become ever-more collaborative, inclusive, and resilient, and that that these alterations in management might insure that these treasured terrains will be around to greet their 220th.

Ok, that’s a lot of wishing (but then there are a lot of candles to blow out). Admittedly, too, there is little about these intertwined aspirations that is straightforward. This befits the occasion, though, for the establishment of America’s national forests was a complex and contested process—every bit as complicated as the contemporary debate over their presence and purpose. The traditional political history of their birth draws on the ideas of a three-generation set of academics, critics, scientists, and educators who, beginning in the mid-19th century, recognized that an industrializing United States was so rapidly exploiting its bountiful resources—whether timber, mineral, grass, or water—that the nation’s future was in doubt.

George Perkins Marsh’s Man and Nature (1864) is the iconic expression of this insight (and associated anxieties) and it served as the foundational text for much to the subsequent debate about how to regulate the land (and the people) to sustain the United States over time.1 Twenty years later, George Bird Grinnell picked up Marsh’s mantle, arguing that setting aside what he dubbed “forest reservations” would help regenerate cutover lands and rebuild the economies that depended on these woodland-based resources.2 In 1905, Gifford Pinchot, the Forest Service’s founding chief, reaffirmed the concept of sustainability embedded in Marsh’s and Grinnell’s vision when he announced the new agency’s mission: “the greatest good of the greatest number in the long run.”3 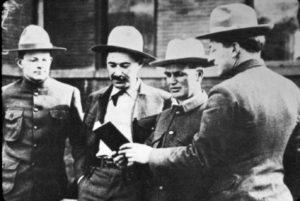 Rangers gather around to look at The Use Book. The book, originally designed to fit in a shirt pocket, included the text of Secretary Wilson’s letter and the quote “the greatest good of the greatest number in the long run.”

To make the case for durable management over time required moving heaven and earth, otherwise known as Congress. Its members had to embrace the notion that a portion of the federal public domain should remain in government ownership—a radical notion for many who believed that the best use of those acres was to get rid of them. Politicos also needed to accept that the best cabinet secretariat in which to locate these lands was not Interior, where they had been situated since the American Revolution, but Agriculture. Adding to the complexity of this drawn-out process was the need for a new social type—the forest ranger—and the development of laws and expertise that would enable these stalwart individuals to more effectively and conservatively manage our resources. There is much more to this story, of course, but many of the relevant legislative initiatives, executive actions, and judicial decrees tell the same tale: The institutionalization of the Marsh’s principles was a top-down affair.

Yet without bottom-up pressure from countless communities located in and around what would become first known as forest reserves, and after 1907, national forests, there would have been no political will to enact these important changes. The small Ashland (Oregon) Forest Reserve, like the sprawling San Gabriel Timberland Reserve framing Los Angeles to its north and South Dakota’s Black Hills Forest Reserve, and any number of others straddling the Rockies, came into being because of staunch local support that drew on an intersecting array of on-the-ground interests. Their vocal engagement caught the ear of representatives, senators, and presidents, shifting the political dynamic.

However democratic, this groundswell of opinion dovetailed with the oft-violent dispossession of native peoples from their ancestral lands. Justification for the wholesale appropriation of tens of millions of acres, as revealed in the path-breaking work of historians Mark David Spence, Karl Jacoby, and Theodore Catton, depended on the Doctrine of Discovery (a European conceit that exploration and conquest produced sovereignty) and Manifest Destiny (an American version of the same disruptive claim). For Native Americans, Jacoby writes, conservation “was inextricably bound up with conquest—with a larger conflict over land and resources that predated conservation’s rise.” The United States forcibly removed some people so that others might flourish. The establishment of the national forests, then, codified this brutal process of settler colonialism.4

That the indigenous nations were written out of the narrative of the public lands is captured in a small booklet—The Use of the National Forest Reserves—the Forest Service published on July 1, 1905. It speaks glowingly of how settlers and homesteaders can utilize these new forests. It details the permitting process that will allow prospectors, miners, grazers, and loggers to exploit the relevant resources they require. It identifies the mechanism by which counties will receive ten percent of the tax receipts these forests would generate to underwrite local school and other community needs. It extols the conservation ethic that undergirds the Forest Service’s objectives:

The vital importance of forest reserves to the great industries of the Western states will be largely increased in the near future by the continued steady advancement in settlement and development. The permanence of the resources of the reserves is therefore indispensable to continued prosperity, and the policy of this Department [of Agriculture] for their protection and use will invariably be guided by this fact, always bearing in mind that the conservative use of these resources in no way conflicts with their permanence.5

That said, not everyone would enjoy the bounty of that projected future. Evidence for this is manifest in the fact that there is nary a word about those who had managed these landscapes for millennia, those whose stewardship practices the Use Book now criminalized. A penalizing, Beth Rose Middleton observes, that has had “ongoing consequence for indigenous identity, culture, and survival.”6

This erasure and the resulting inequalities of access and power was reified two years later when the forest reserves were officially renamed national forests. To mark the occasion, on June 14, 1907, the agency issued a newly retitled Use Book to reflect this shift in nomenclature. Still, like its predecessor, The Use of the National Forests makes a case for democratic participation in these forests’ management that could have significant implications for reengaging with Native American stewardship models. “There are many great interests on the National Forests which sometimes conflict a little,” the 1907 Use Book affirms. “They must all be made to fit into one another so that the machine runs smoothly as a whole,” a desired harmony that often made it “necessary for one man to give way a little here, another a little bit there.” Acknowledging that “National Forests are new in the United States, and the management of the vast resources is a very difficult task,” the text admits that “[m]istakes are bound to be made at first, and have been made. It is the users themselves who can be of chief assistance in doing away with bad methods.”7 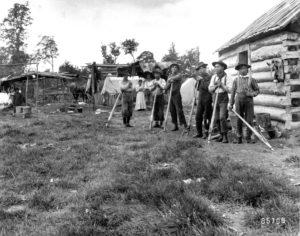 Menominee Indians prepare for a river drive in Wisconsin, 1909. The federal government’s relationship with the Menominee over lumbering and forestry dates to 1871. It has evolved from one of conflict to one of collaboration. (FHS Photo Collection: Native Americans, Folder #2)

Among those who have been pushing back against some of these “bad methods” are Native American tribes, who Theodore Catton in his recent book American Indians and National Forests (2016) characterizes as the “most marginalized minority group in the United States.”8 He tracks their determined efforts beginning in the mid-20th century to reclaim access to ancestral territory, secure long-ignored treaty rights to riparian and terrestrial resources, and, in some cases, demand the opportunity to co-manage forests and grasslands under the Forest Service’s purview. Among its other positive responses to this growing pressure, Catton explores a small set of cooperative projects in the field and, within the Washington office, two noteworthy initiatives: in 2006 the agency established The Office of Tribal Relations and soon thereafter incorporated “Native knowledge in the new planning rule.”9

These are baby steps, to be sure, as Catton’s tentative conclusions suggest. But they are worth lighting a candle (if not 110)—in cautious celebration of and as steadfast encouragement for much greater, collaborative-driven change in the years ahead.

Char Miller is the W.M. Keck Professor of Environmental Analysis at Pomona College, a Fellow of the Forest History Society, and author of America’s Great National Forests, Wildernesses, and Grasslands (2016), Not So Golden State: Sustainability vs. the California Dream (2016), and editor of Gifford Pinchot: Selected Writings (2017).

(5) The Use of the National Forest Reserves: Regulations and Instructions (Washington, DC: U.S. Department of Agriculture, 1905), 10–11.

(9) Ibid., 303–04; Middleton, Trust in the Land, offers a much more robust critique of the Forest Service’s interactions with the tribes and a fuller assessment of the tribes’ own application of Traditional Ecological Knowledge on their lands; her review of Catton’s book appeared in Environmental History 22(3): 534–36.