With Chicago’s recent failure to become host city for the 2016 Summer Olympics, we here at Peeling Back the Bark were reminded of a little-known chapter from Chicago’s sports history which can be found in the FHS Archives.  Should Chicago have also submitted a bid for the Winter Olympiad?  Possibly.  We submit for your consideration this image of preparations for a ski jump competition taking place in Chicago’s Soldier Field in the year 1937. 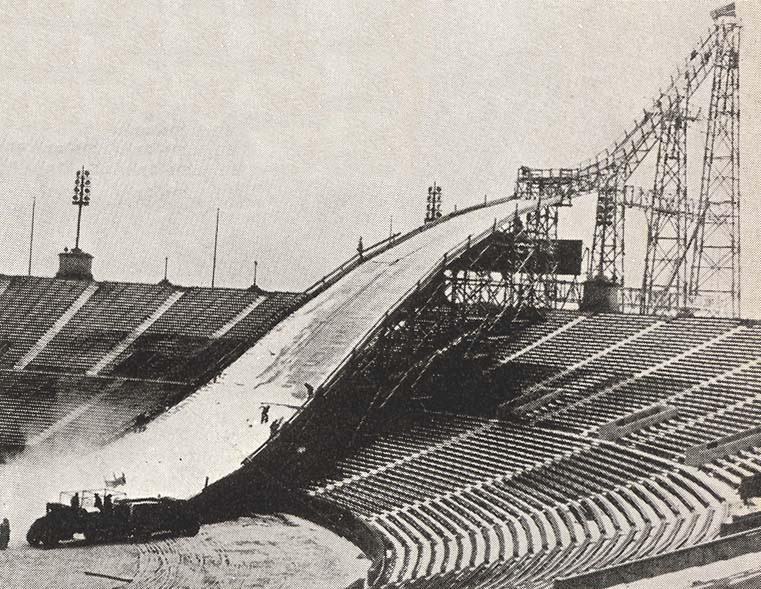 A ski jump is readied for competition at Soldier Field, Chicago, 1937 (from FHS Archives).

Of course, this begs the questions: Why was there ski jumping in Chicago? And what does this have to do with forest history?  To answer both questions it helps to dig into the TECO company files in our archives, where this image came from.

The Timber Engineering Company (TECO) was formed in 1933 as the timber research subsidiary of the National Lumber Manufacturing Association (later known as the National Forest Products Association, and today as the American Forest & Paper Association).  TECO immediately established a wood products research laboratory in Washington D.C., and began its pioneering work in wood engineering and forest products testing and development.  The most notable early innovation was a unique brand of timber connector called a “split-ring.”  TECO purchased the rights to the split-ring connector from a German manufacturer in 1934, and further developed the product for use in assembling large timber tresses for building construction.

TECO timber connectors  proved to be a revolutionary development in wood construction, and were used in thousands of building projects such as schools, churches, theaters, warehouses, airplane hangars, lookout towers, bridges, and much more. 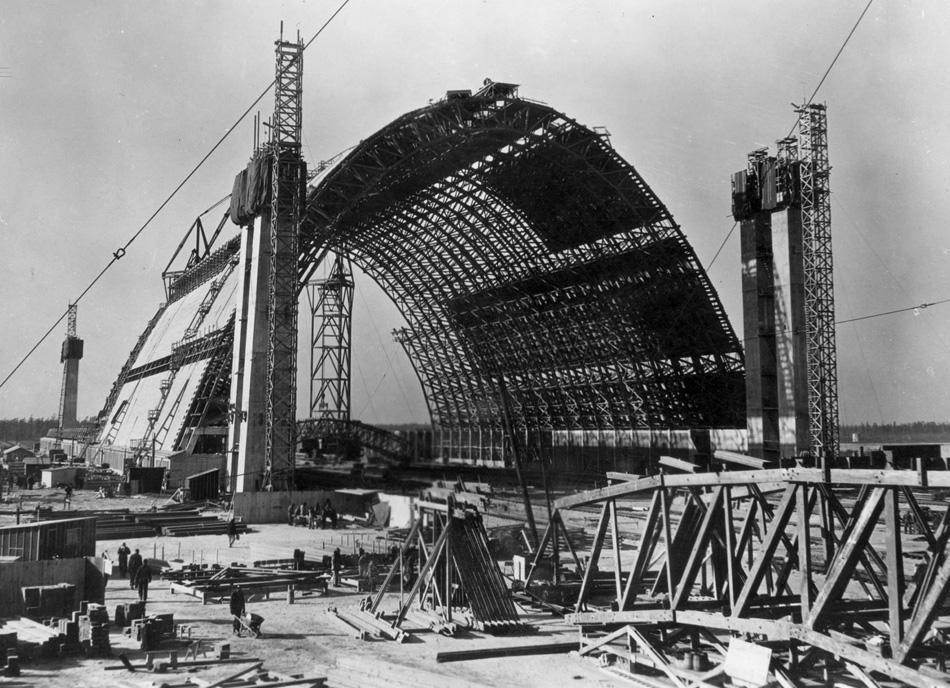 That list of TECO engineered timber structures also included ski jumps, the largest being a 180-foot tall wooden ski jump temporarily erected outside of Soldier Field on more than one occasion.  A little known fact about Chicago’s sports history is that the city has hosted several large-scale international ski jumping competitions.

Brought to the U.S. by Norwegian immigrants, ski jumping was a very popular sport in the early 20th century, especially in the Northeast.  The sport of skiing was more directly tied to jumping at this time rather than downhill racing.  The 1932 Winter Olympics in Lake Placid, New York, also helped to further spread the sport’s popularity in the U.S.  It was this popularity which facilitated the staging of ski jumping events in large American sports stadiums.

In February 1936, Soldier Field first hosted such a competition, which proved so successful that a larger ski jump was built again the following year.  In February 1937, 140 jumpers competed in the event in front of nearly 60,000 spectators.  The meet was sponsored by the Chicago Times, and was believed to be the largest crowd to ever see a ski jumping competition in the U.S. TECO provided the prefabricated, demountable timber connectored ski slide, with the all-wood tower standing at an incredible 180 feet tall (see photo below). Soldier Field hosted another competition in 1938, but then not again until 1954 (Wrigley Field would also host a jumping competition in 1944). 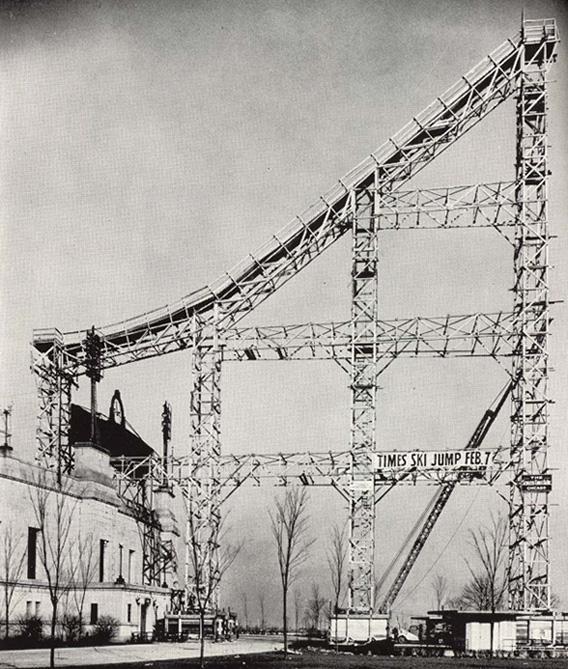 Chicago was not the only city hosting international ski jump events during this time period.  Surprisingly, California also hosted several similar events in equally unusual places.  TECO was not involved in their construction and wood was not always the main material used, but large temporary jumps were built in several California cities.  Using snow machines and crushed ice, ski jumping competitions were held in Berkeley in 1934, the Hollywood Bowl in 1935, at the San Francisco Golden Gate International Exposition on Treasure Island in 1939, and in Los Angeles Coliseum in both 1938 and 1939. 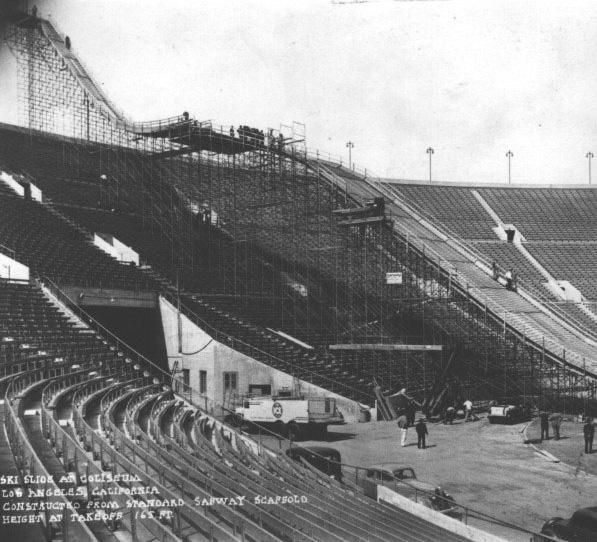 Construction of the temporary ski jump at Los Angeles Coliseum.

While the decades following this “golden age” of American ski jumping have seen a decline of interest in the sport, TECO has maintained its presence in the wood products industry.  Celebrating its 75th anniversary last year, TECO continues to provide important work for the industry today through the testing and certification of building products.

For more information on the history of TECO, see the following FHS resources: