Carl Schenck and His Life in Lindenfels

Historian Jameson Karns recently interviewed the two remaining “Schenck boys”—the young boys Carl Alwin Schenck taught and mentored in the aftermath of World War II. They have generously provided hours of interviews for FHS, as well as having donated some of Schenck’s lesson plans, correspondence, love letters, and photos. They provided an intimate look into a period of Carl Alwin Schenck’s life that has been largely omitted from the historical record.

The town of Lindenfels lies in the German state of Hesse, nestled within the forested mountain range known as the Odenwald. With a population of less than six thousand, Lindenfels maintains a quaint and charming atmosphere. In the center of the town, Burg Lindenfels, a castle dating back to 1080 AD, silently watches over the surrounding farmland and valleys. Lindenfels has a rich legacy, which can be traced back to the twelfth century. According to Germanic lore, the mythical hero Siegfried vanquished the dragon Fafnir at Lindenfels. During the Holy Roman Empire, the town belonged to the Electorate of the Palatine, after which it was transferred to the Grand Duchy of Hesse in 1802. For much of the nineteenth and twentieth centuries the town flourished as Germans flocked to the city’s famed health spa, seeking rejuvenation in the “Pearl of the Odenwald.” 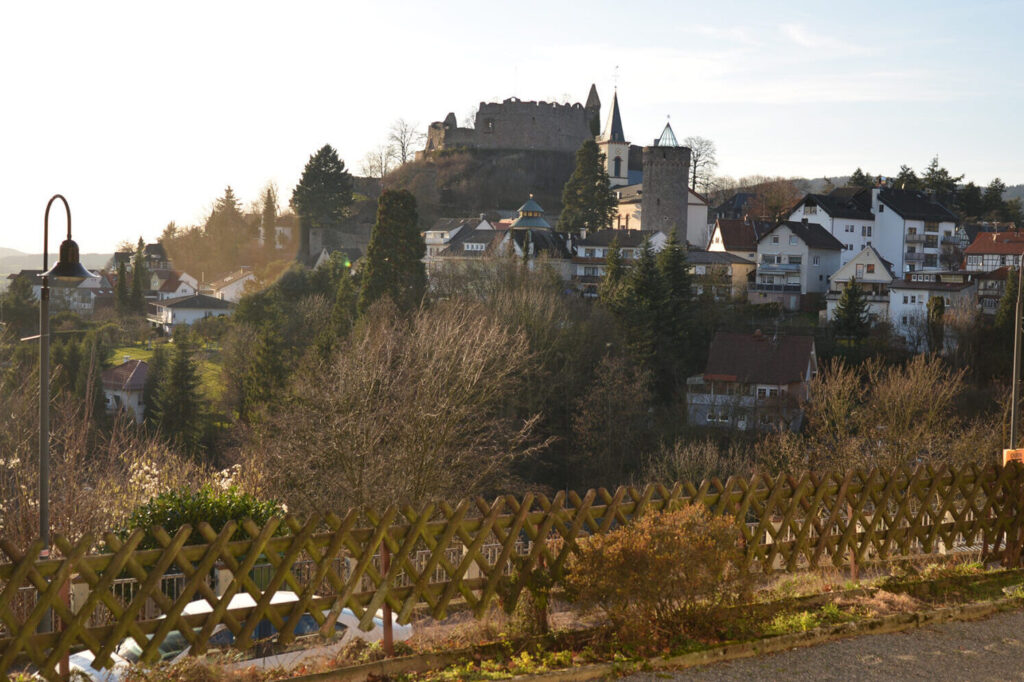 The view across Lindenfels from Carl Alwin Schenck’s garden, looking towards Burg Lindenfels.

Today, astute visitors to Lindenfels recognize that something is amiss. The town’s skyline is disrupted by a towering Californian, a Sequoia, and to a lesser degree, several Douglas firs. A prominent building on the street Nibelungenstrasse holds the distinction of being the only structure in the region that is constructed entirely from American lumber. Patrons in the town’s restaurants proudly dine below antler mounts from a bygone sportsman that bare the inscribed initials “C.A.S.” These “forest heirlooms” are a part of the legacy of one of America’s most influential foresters—Carl Alwin Schenck.

For centuries, the Schenck family presided as one of Hesse’s leading families. Carl Alwin’s ancestors rose to prominence in the seventeenth century as skilled goldsmiths in Darmstadt, with much of the family subsequently entering various levels of governmental service in Hesse. In the early nineteenth century, Schenck family members purchased property in Lindenfels to escape the city life of Darmstadt.

Born March 25, 1868, and raised in nearby Darmstadt, during his young adulthood Schenck spent relatively little time in Lindenfels. He was busy with his schooling, earning a doctorate in forestry in 1894. Encouraged by his mentor, Sir Dietrich Brandis, Schenck accepted the forester position at George Vanderbilt’s Biltmore Estate in western North Carolina the following year, replacing Gifford Pinchot, an American who had initiated forest management there.

For those not already familiar with Schenck’s accomplishments in the Pisgah Forest and with the Biltmore School of Forestry, in short, while working for Vanderbilt, he became involved in the rapidly emerging forest conservation movement—as an expert in the field of forestry, an advocate for private forest management, and as an educator. His Biltmore Forest School operated from 1898 to 1913 and graduated nearly 400 men. (To learn more about this transformative period in American environmental history, I wholeheartedly recommend viewing America’s First Forest.)

Despite living and working in America, Schenck remained a citizen of Germany. Consequently, he returned home on a handful of occasions during this period, often bringing his students with him. He organized a number of educational tours with the aid of Brandis and other foresters to expose his students to European forestry and lumbering methods and practices. When his schedule permitted, he took leave from his students, whom he called his “boys,” and returned to the welcoming embrace of Lindenfels. 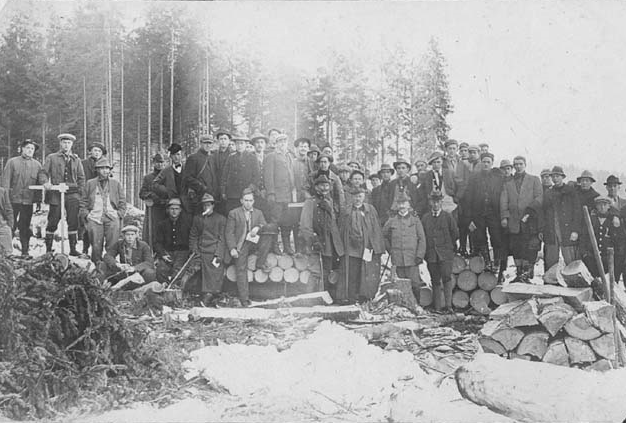 At the time of his resignation in North Carolina in 1909, Schenck was gifted a portion of his family’s property in the town. Utilizing his connections in North America, he built a home in Lindenfels entirely from tree species from forests he had visited in the United States. However, Schenck would have little time to enjoy the house or surrounding Odenwald, even after he closed the school in 1913 and returned home. The next summer, he joined thousands of army reservists called to arms by Emperor Wilhelm II at the onset of the Great War. During the war he was shot in the stomach by a Russian rifleman, a wound he nursed in a POW camp.

When Schenck returned to Lindenfels, he and the town had drastically changed. Lindenfels’ economy, as well as most of Germany’s, was in shambles, barely able to sustain its residents and refugees.

The interwar period was one of deep reflection for Schenck. In the years immediately following the war, he worked with the American Society of Friends to help feed German children. Feeling betrayed by the government that led him to war, he resigned from any political activity. He attempted to live within the limited means of his pension, though some of his former students supported him through this period. Despite his military service against the United States and its allies, surprisingly few of his American colleagues held animosity toward him.

Schenck took solace in his forestry work and in the woods. He wrote numerous articles and led forestry tours for American and English students across Europe, and even lectured at some American forestry schools. He kept to a rigid schedule to help pass time. Each morning he woke before sunrise and began reading the Bible in three languages: German, English, and Latin. Much of the day was spent enjoying one of his greatest passions, hiking. He was often reluctant to take motorized transport and instead opted to go by foot. When traveling to appointments in Darmstadt, nearly twenty miles from his home in Lindenfels, Schenck happily began hiking to the city the evening prior. His tramps about the Odenwald frequently went past midnight, often resulting in confrontations with village night watchmen who mistook him for a bandit. 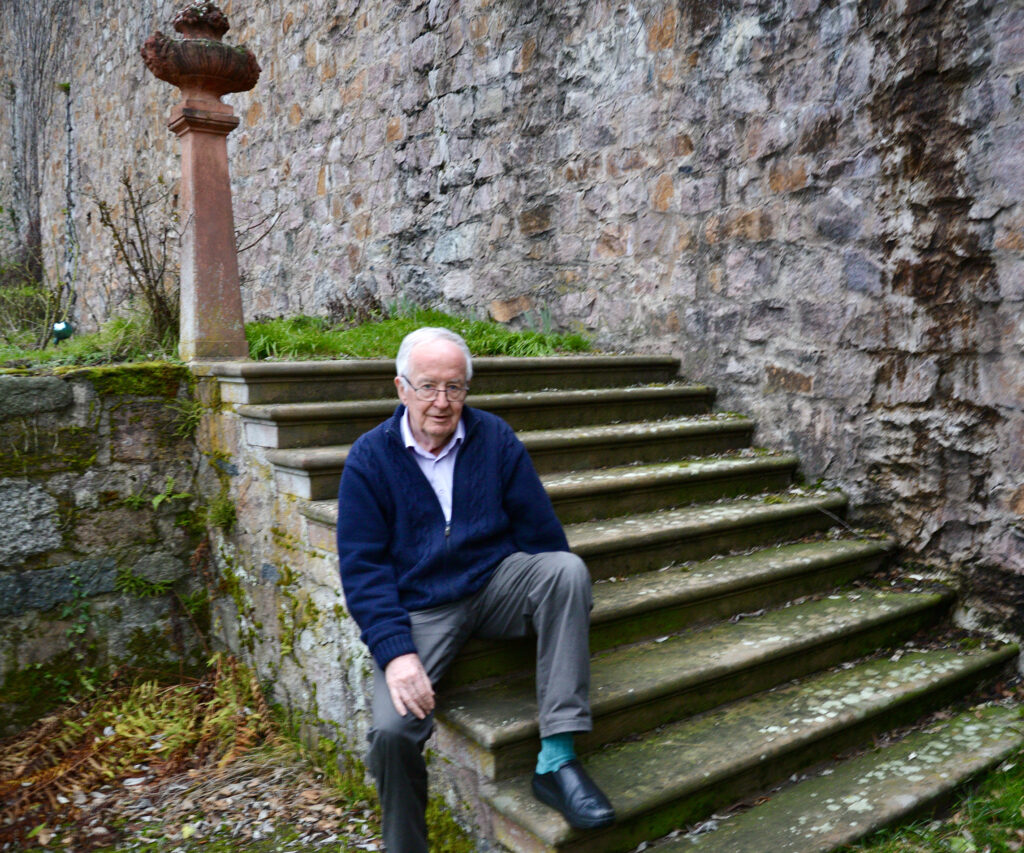 Christoph von Rhöeneck at his home near Burg Lindenfels.

Lindenfels remained relatively unscathed during the Second World War. This changed in the spring of 1945 when the American “tanks came up from the valley and crushed the fences” of the city. Fortunately, no bloodshed took place due to the preemptive advice of Schenck. He instructed the townspeople, “Go to bed, because Americans are afraid of diseases.” Occupying troops were astonished to find themselves welcomed by an English-speaking forester who volunteered to serve as a liaison to the city. His fluency and knowledge of the surrounding forests led to work from October 1945 to April 1946 with the American occupation forces charged with overseeing lumbering and milling operations. 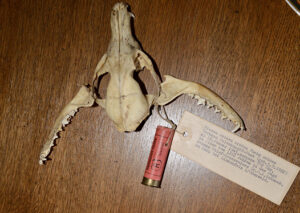 Hermann has proudly held on to the mount from his first hunt with Schenck.

Even before the American occupation, Schenck, by then nearly 80 years old, took it upon himself to conduct scholastic studies for the boys of Lindenfels, as the local school had fallen into disarray. Christoph Rhöeneck and Hermann Kulenkampff were two of Carl Alwin’s pupils. They still reside in Lindenfels. Here are a few highlights from my interviews about their beloved Onkel Ali (Uncle Ali), a term of endearment that both Christoph and Hermann use to this day.

Each day the boys of Lindenfels met Onkel Ali at his office at 10 am. As a lifelong enthusiast of Shakespeare, the mornings commenced with readings from bilingual editions of Hamlet, Macbeth, and the Bard’s sonnets. Afternoons were often spent traversing the nearby countryside, learning about local vegetation and wildlife. Occasionally, the boys were invited to hunt alongside him. As Hermann described it, there were few greater pleasures than having a successful hunt under Onkel Ali’s watchful eye.

Evenings concluded with high-stakes card games—Schenck always enjoyed playing hands with “the maximum risk possible.” When he won, he remained in good spirits; when he lost, the boys found themselves promptly thrown out of the house. The young boys were also beneficiaries of the Biltmore School. He shared with the children care packages sent by the American foresters, some of which contained a most coveted item—American chocolate bars. 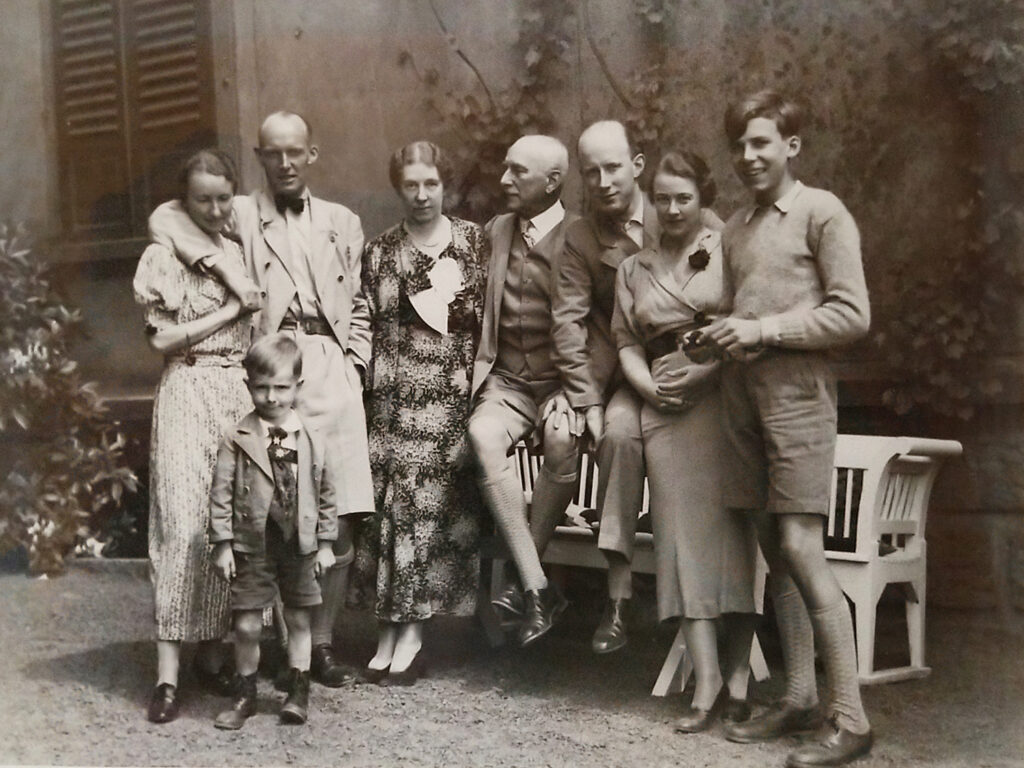 Both men recognize Schenck’s mentoring as a pivotal period in their lives. They agree that he had one goal: to instill independence in the boys. Hermann summed it up for both men: “He taught us [that] we must rely on ourselves and our own skills. Disregard the opinions of others and follow your inner path. It made me the person I am today.” 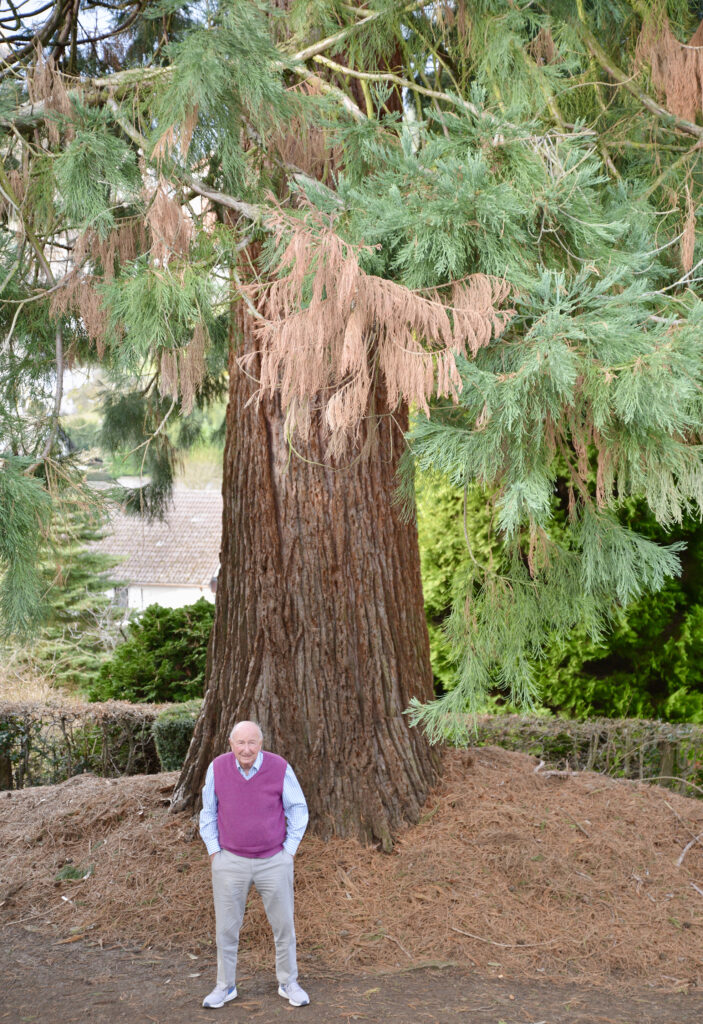 Hermann Kulenkampff next to the Sequoia that Hermann planted in memory of Carl Schenck.

Jameson Karns is a doctoral candidate at the University of California-Berkeley, in the History of Science program. With Dr. Johann Goldammer, he is coeditor of Carl Alwin Schenck Memoiren 1868-1887: Carl A. Schenck, Sir Dietrich Brandis Und Gifford Pinchot: Väter Der Amerikanischen Forstwirtschaft (Kessel, 2019). This blog post draws from that edited volume.