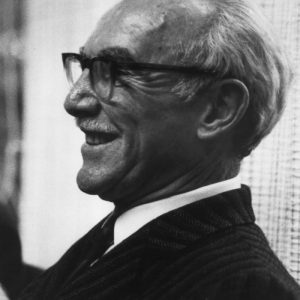 Alfred Dennis Bell, Jr., was a longtime member of the Forest History Society and served four terms as vice president of the FHS Board of Directors. A former editor of lumber industry magazines, Bell encouraged FHS to find innovative ways of providing assistance to young writers of forest history.

When Bell's family established an FHS endowment to honor his memory after his death in 1985, the FHS Board organized the Alfred D. Bell Travel Grants program to fulfill his earnest wish to assist young writers with their forest history scholarship. Since that time, Bell Travel Grants have supported the expenses of numerous young researchers who have used FHS resources in the production of Ph.D. dissertations, Master's theses, journal articles, books, and other publications and projects.

Born on 3 September 1909 in Yonkers, New York, Alfred Dennis Bell, Jr., started working in the lumber business at age fifteen. After graduating with a B.S. degree from Harvard University in 1932, Bell moved to the San Francisco, California, area to work for various businesses associated with the Hammond Lumber Company, which his stepfather A. B. Hammond had founded. From 1932 to 1934 he worked for Hammond Shipping Company; was manager of mill sales for Hammond Redwood Company in Samoa, California, from 1934 to 1939; and was sales manager for Hammond Lumber Company in San Francisco from the early to mid-1940s.

Bell was the president and owner of Bell Redwood Co., a San Francisco-based enterprise, from 1946 to 1969. During the same time period, he also served as partner, president, and chairman of the Hobbs Wall Lumber Company and as president of the Vacaville Lumber Co. in California. He was the editor of California Lumber Merchant beginning in 1964 and remained publisher emeritus of its successor journal, Merchant Magazine, for many years thereafter. He officially retired as president of Hobbs Wall in 1975.

During his lifetime Alfred Bell was quite active in both trade associations and charitable work. He served as president of the North American Wholesale Lumber Association (NAWLA) and of the Travelers Aid Association of America. In the late 1970s he held the positions of vice president of the Forest History Society and president of the FHS Endowment Fund; later he was an Emeritus FHS Board member. He was also a longtime member of the National Wood Council, the Lumber Industry Merchandising Council, and the Bay Area Wood Council.

Alfred Bell died on 20 November 1985 in Hillsborough, California, and was survived by his wife Marjorie Blyth Bell, a son, and three daughters.

Alfred Bell joined the Forest History Society as a member in 1965, and in the 1970s he served four terms as vice president of our Board of Directors. At the time of his death, the Bell family requested that memorials be directed to the Forest History Society. In 1988 the family endowed an FHS fellowship in his memory and requested that the memorial be used to help young people. Early uses of funds from the endowment presented fellowships to persons whose work was in some way augmented or associated with the FHS journal, library, archives, or research program. At an FHS board meeting in 1990, the Board authorized the use of earnings from the Bell memorial endowment to defray travel expenses for people doing research in the Society's Alvin J. Huss Archives and Carl A. Weyerhaeuser Library. Since that time, Alfred D. Bell Travel Grants have supported the travel and lodging expenses of many researchers who have used FHS research resources in the production of Ph.D. dissertations, Master's theses, journal articles, novels, nonfiction books about history, and other publications and projects. The service and leadership of Alfred Bell while a member of the Society and its Board of Directors is remembered by FHS with the awarding of each competitive Bell Travel Grant.