From the First Tree Farm to the President’s Front Lawn: Remembering the 1961 National Christmas Tree 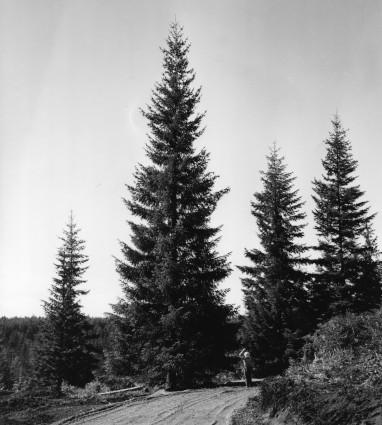 The chosen 75-foot Douglas fir on the Clemons Tree Farm.

However, the 1961 edition differs from all others because it had a direct forest history connection. The tree was a 75-foot Douglas fir harvested from the Weyerhaeuser Company's Clemons Tree Farm in northwestern Washington State. Clemons was the nation's first tree farm, dedicated in 1941 and the start of a nationwide movement. By 1961, the American Tree Farm System, which helped spread and promote sustainable forestry concepts, had members in 47 states. The 1961 National Christmas Tree would also serve as a promotional tool for the tree farm concept.

Weyerhaeuser harvested the large Douglas fir in November 1961, loaded it on a truck and took it to a rail yard. There a crowd listened to speakers and a marching band and watched as it was placed on a train car for shipment to DC. The car carrying the Christmas tree was adorned with signage celebrating its source: "Grown in Grays Harbor County by Weyerhaeuser Company Clemons Tree Farm, America's First Tree Farm." Shipment of the tree across the country was sponsored by the Aberdeen (WA) Lions Club, with transportation provided by Northern Pacific Railroad; Chicago, Burlington & Quincy Railroad; and Baltimore & Ohio (B&O) Railroad. Historic photographs from the Weyerhaeuser Company Records document the entire process from tree farm to the nation's capital. 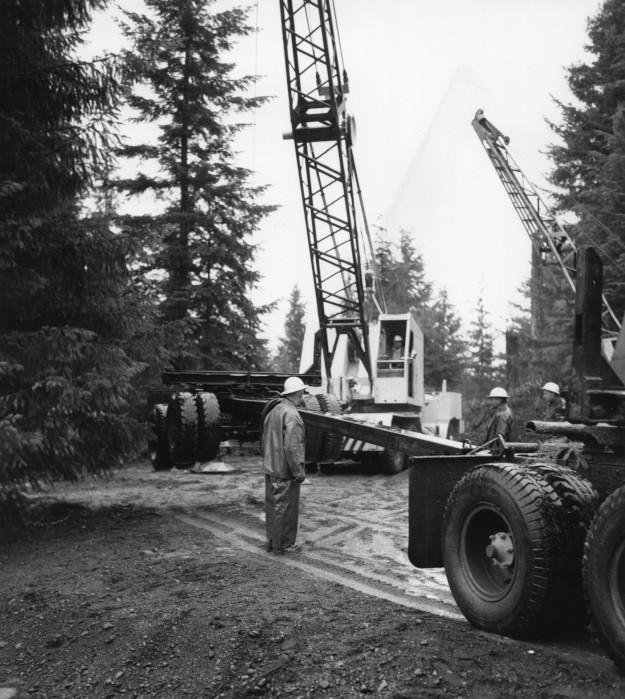 Harvesting the Douglas fir on the Clemons Tree Farm, November 1961. 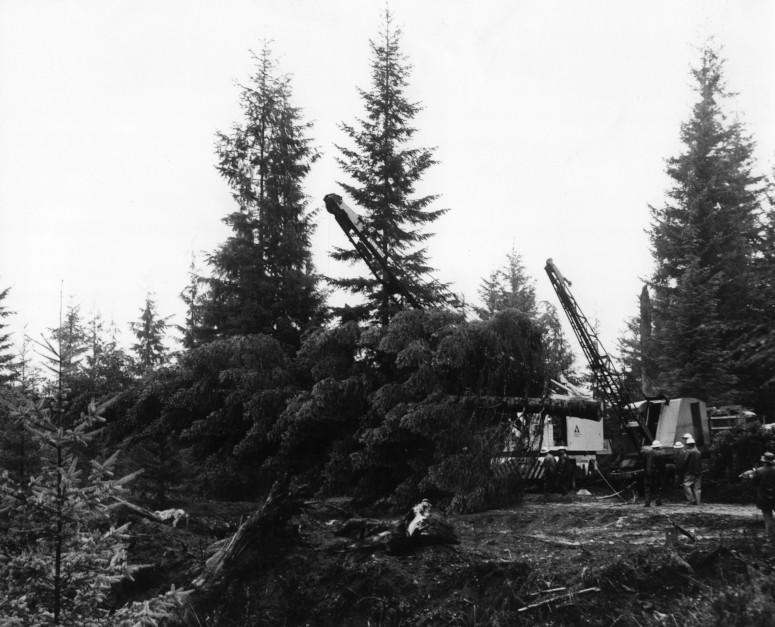 Weyerhaeuser cranes loading the tree onto a truck, November 1961. 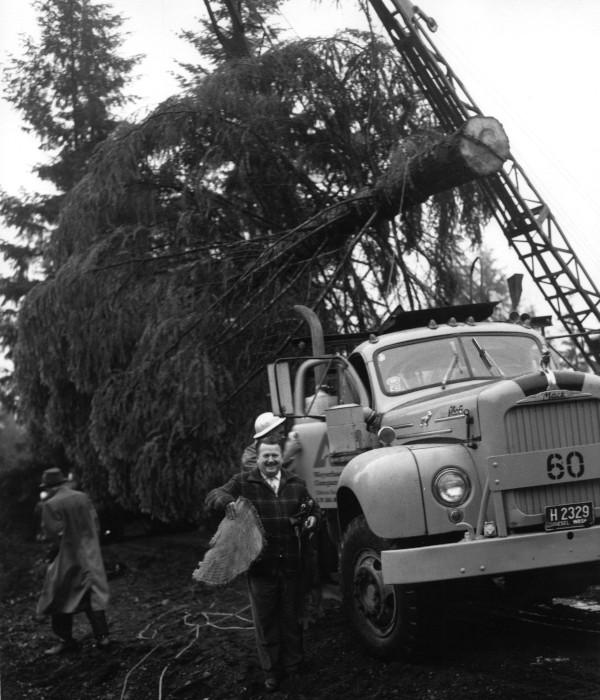 A Weyerhaeuser truck is ready to haul the tree to the rail yard for cross-country shipment. 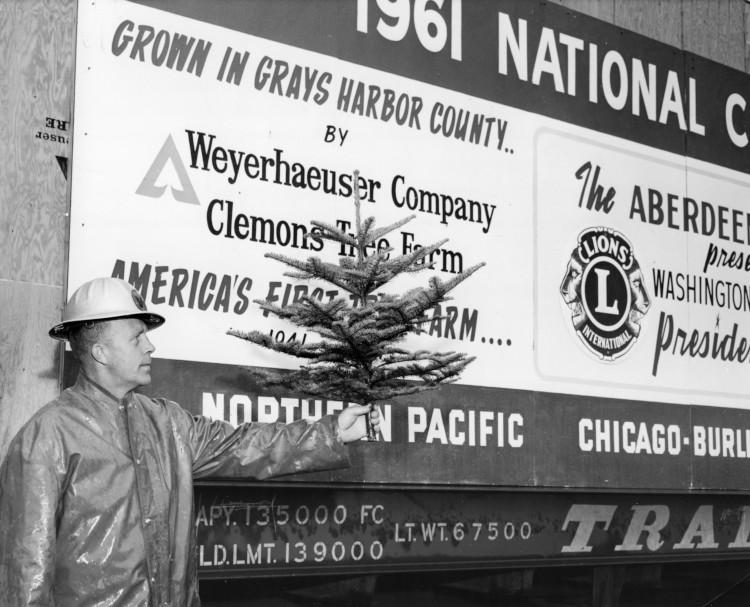 Signage on the side of rail car carrying the tree, prior to leaving Washington State.

A crowd of children was on hand to greet the tree as it arrived at the B&O's Georgetown rail yard. A promotional Tree Farm system sign was front and center at the event. The tree was brought by truck to the Ellipse (which was officially included in the national park system in 1961) and erected for decoration and display. 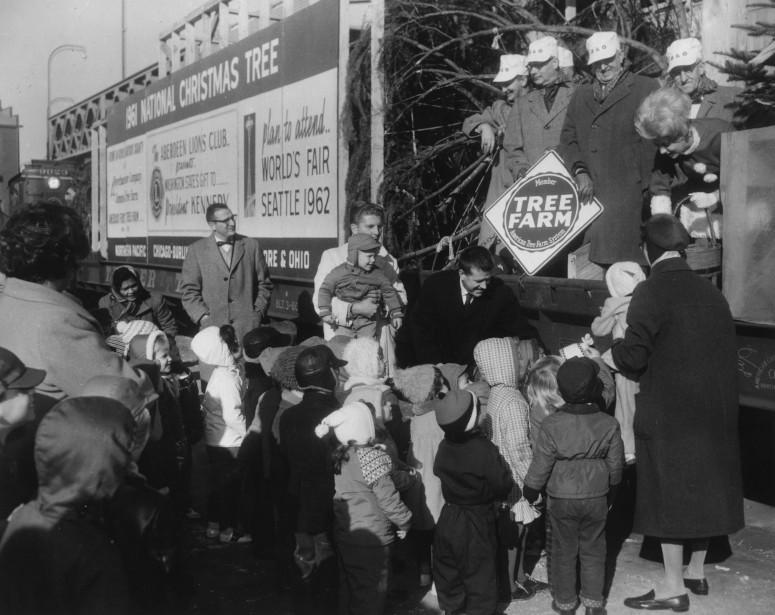 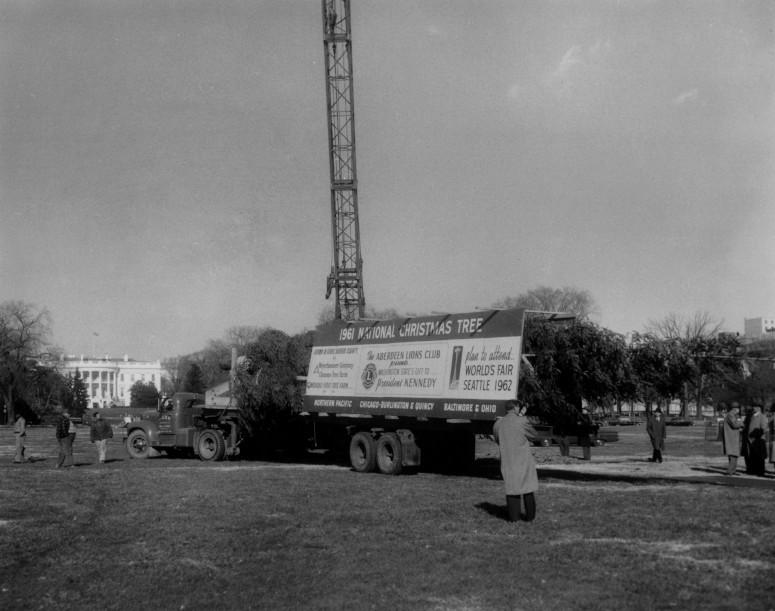 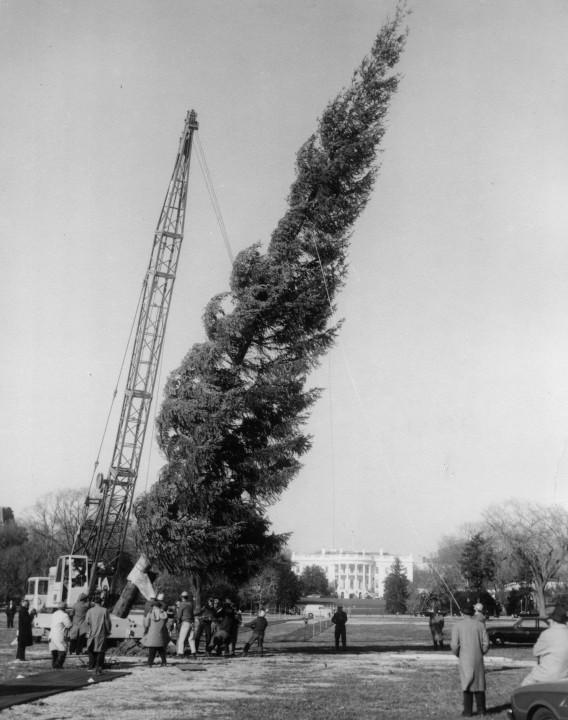 Workers used a crane to erect the National Christmas Tree on December 7, 1961. 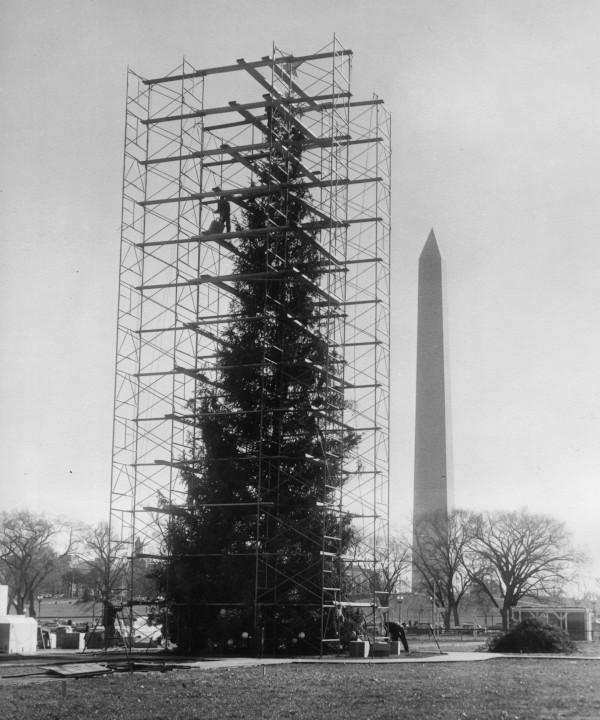 Scaffolding was needed to decorate the National Christmas Tree, shown December 15, 1961. The tree is 75 feet tall. By comparison, the Washington Monument, located some 1,700 feet away, is 555 feet tall. 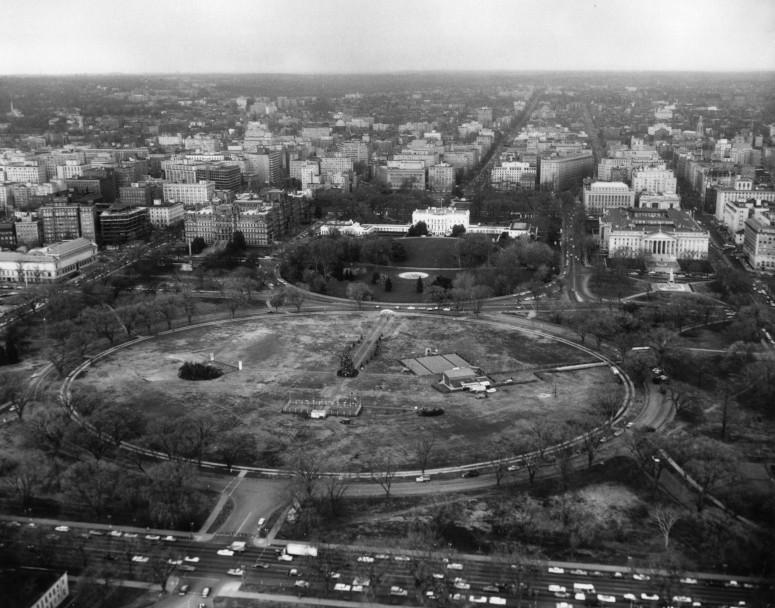 Looking north from the Washington Monument toward the White House showing the National Christmas Tree in the center of the Ellipse, seen the same day as the lighting ceremony.

The tree lighting ceremony took place on December 20th. While it was President John F. Kennedy's first Christmas in office, he was unable to attend because he was in Florida at the bedside of his ailing father. Vice President Lyndon Johnson did the honors instead. The press of a button lit 3,000 colored lights and a large white star tree-topper. An estimated crowd of 4,000 attended the event, which was then called the Pageant of Peace. Secretary of the Interior Stewart Udall was on hand, as were eight live reindeer from the National Zoo. 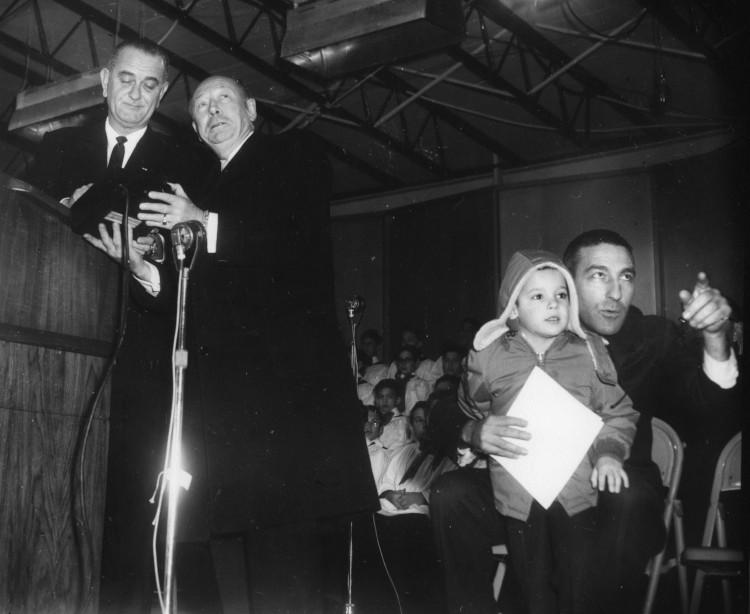 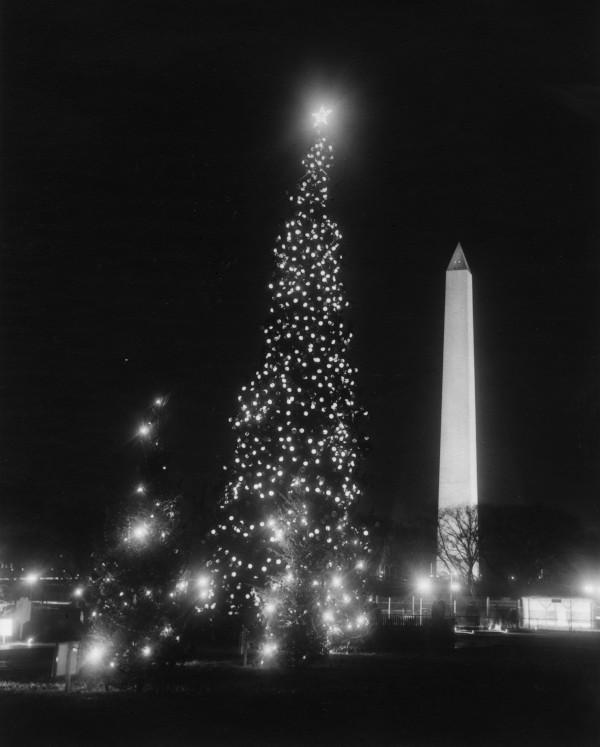 You can view digitized film footage below from the Weyerhaeuser Records of cutting the tree in November 1961, and the ceremony at the rail yard prior to shipment from Washington State to Washington, DC.