The 10th and 20th Forestry Engineers of WWI

Ninety years ago today, on November 11, 1918, at 11:00 am Paris time, an armistice treaty was signed between the Allies and Germany, officially ending WWI on the Western Front and marking victory for the Allied forces.

To further mark the historical significance of November 11th, we would like to announce the launch of a new World War I-focused digital project. In our new digital exhibit, we have chosen to explore the importance of timber to the Allied military operations in Europe.  Timber was critical to the war effort, and this wasn't only because of the protection it could provide front-line snipers: 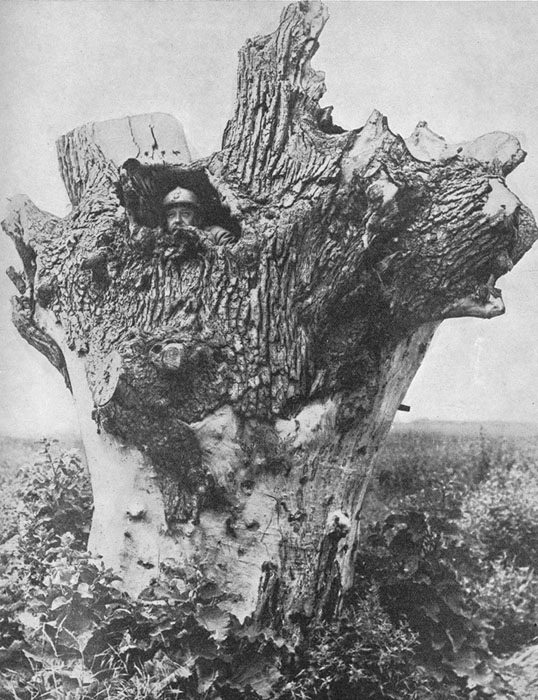 In constant demand for almost every phase of Allied military operations, wood was used for building roads and railroads, constructing barracks, erecting telephone poles, supporting trenches, and numerous other building and construction projects.  To meet these demands, the U.S. Army formed two forestry engineering regiments (the 10th and 20th Engineers) and recruited experienced foresters, loggers, and sawmill workers from around the country to fill their ranks, many from the U.S. Forest Service.  The 10th and 20th Engineers maintained operations in various areas of France's forestlands throughout the war, managing forest growth, felling timber, and operating sawmills.  The men of these regiments were able to streamline the process of producing wood for the Allied forces, and proved to greatly exceed all expectations of production.

A new featured page on the FHS website provides access to a wealth of primary source materials and historical essays from various collections documenting the work done by the 10th and 20th Forestry Engineers during WWI.  So please take some time to explore World War I: 10th and 20th Forestry Engineers and learn more about the important role played by these forestry troops in securing victory for the Allies in the Great War.

For those interested in forestry-related activity on the homefront, be sure to read the September 3 post on "World War I Photos" and visit the associated photo galleries.