Lumberman and longtime archival advocate Alvin J. Huss (1904-1998) was a true friend of the Forest History Society. His active leadership and support over many years proved invaluable to helping the Society develop a strong archival collecting program that incorporates significant, innovative outreach efforts.

Alvin Huss was a member of the FHS Board of Directors from 1979 to 1982, during which time he spearheaded the archival element of the FHS endowment campaign and chaired a committee that sought to underwrite the cost of adding an archival wing to our building. In recognition of his great service to the Society, the FHS Board named the Society's archival collecting program in his honor in 1984 and unanimously elected him a Fellow of FHS in 1987. He remained a senior director of FHS until his death. 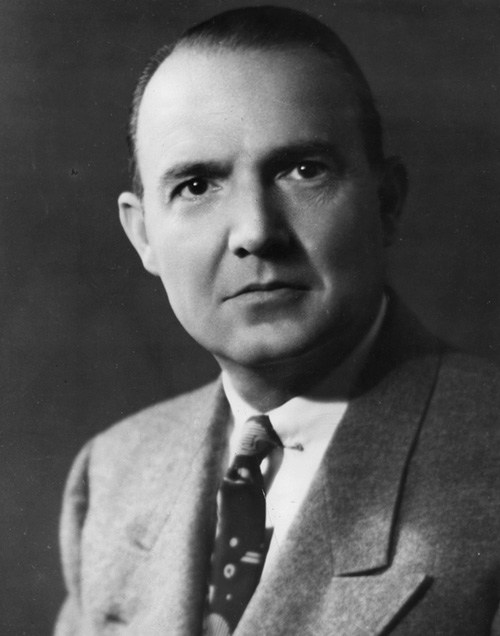 Alvin Huss was a native of St. Louis, Missouri. He attended Washington University and developed his knowledge of wood products at the Forest Products Laboratory in Wisconsin. In 1932 Huss formed the Chicago-based Huss Lumber Company, which marketed cypress and other lumber for leading producers in Florida and Louisiana. During World War II and the Korean War, he worked for the United States Navy Bureau of Ships in the design and wood procurement program for the production of wooden mine sweepers, PT boats, and wooden landing craft. In 1953 he acquired control of Northern Redwood Lumber Company in Korbel, California, which he later sold to Simpson Lumber Company of Seattle. He formed the Huss Ontonagan Pulp and Paper Company in 1955 after acquiring the Ontonagon, Michigan, paperboard mill from National Container Corporation. The company merged into Hoerner Boxes, Inc. in 1962, into Hoerner Waldorf Corporation in 1966, and into Champion International Corporation in 1977. Huss became chairman of the board of Hoerner Waldorf in 1967 and served as honorary vice-chairman and senior advisor for Champion International from 1977 until his retirement in 1994.

During the 1970s Huss devoted much time and effort to helping shape what became the Forest and Rangeland Renewable Resources Planning Act of 1974 and the National Forest Management Act of 1976. He and his wife Mirium Brewer Huss (d. 1999) were active philanthropists in their community, supporting causes that included the establishment of a physical therapy clinic and a fine arts gallery. The J. L. Kellogg Graduate School of Management at Northwestern University honored him in 1995 by creating the Alvin J. Huss Chair of Management and Strategy. Alvin Huss passed away in 1998 and was survived by his wife and one son, Alvin John Huss, Jr., of St. Paul, Minnesota.

In the year 2000 the Huss Foundation of St. Paul, Minnesota, made an endowment pledge to FHS of $1 million in honor of Alvin Huss to further the digitization and outreach of the Society's Alvin J. Huss Archives. The digitization program supports the creation of digital versions of selected collections from our archives that will be exhibited through our web site. The initial phase of the project is already underway and has resulted in the digitization and cataloging of thousands of images from the Society's collection of over 30,000 historic photographs. Digitization of collections benefits our patrons by increasing their level of access to our materials, while allowing our staff to provide a higher level of efficient reference assistance.

In October 2001 the Forest History Society accessioned into its Alvin J. Huss Archives the archival records of the Huss Lumber Company. Donated by John Huss, Alvin Huss's son, the records document the history of the Huss Lumber Company throughout all phases of its existence under the executive leadership of Alvin J. Huss, who served as either president, vice chairman, or chairman of the board for the company during the era from the early 1930s to the early 1970s. A finding aid describing the collection is available on our web site.

With the financial support and leadership provided by our longtime friend and benefactor Alvin J. Huss, the Forest History Society has developed an archival program that continually seeks new opportunities to expand archival collecting and outreach programs so that the important lessons of forest, conservation, and environmental history are passed along to each new generation. The Forest History Society gratefully embraces the opportunities his many gifts have provided and works diligently to further his legacy. Mr. Huss will always be fondly remembered and greatly missed. 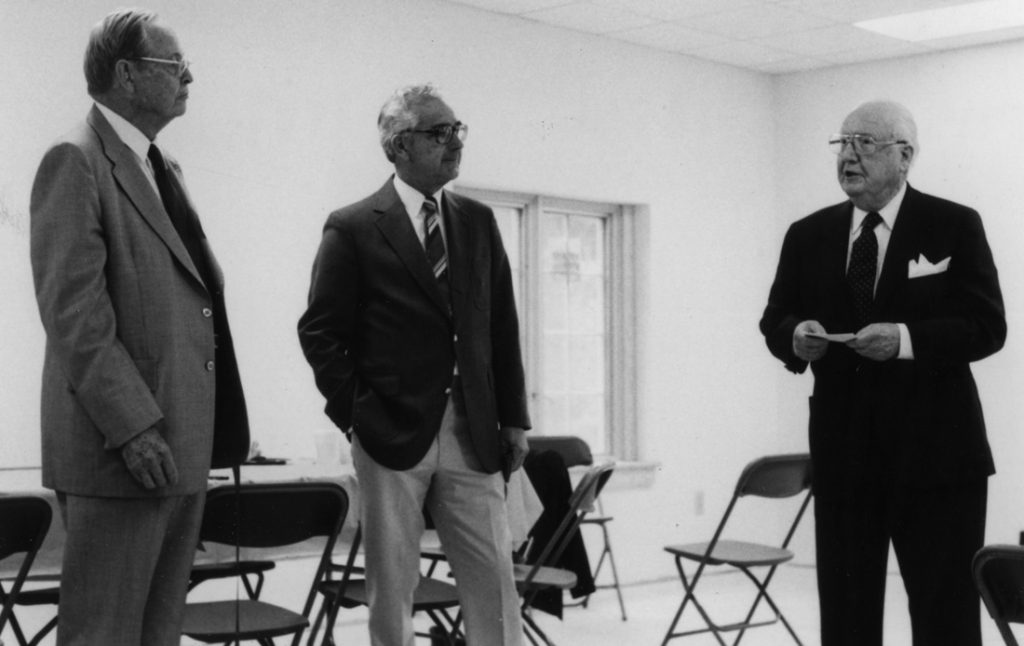