Stewart Udall and the Politics of the Environment and Race

Stewart Udall left a profound legacy of conservation and social justice. As the U.S. Interior Secretary during the Kennedy and Johnson administrations he successfully advocated for the creation of many national parks and monuments, and encouraged Lady Bird Johnson to undertake a national beautification program and promote the national parks for all Americans. He led the way for most of the environmental legislation we now take for granted, including the Clean Air and Water and Wilderness Acts, Wild and Scenic Rivers and National Trails Acts, and the National Historical Preservation Act, and the Land and Water Conservation Fund. He also fought for pesticide reduction and mining reclamation, endangered species protection, gas mileage requirements, and rapid transit systems. 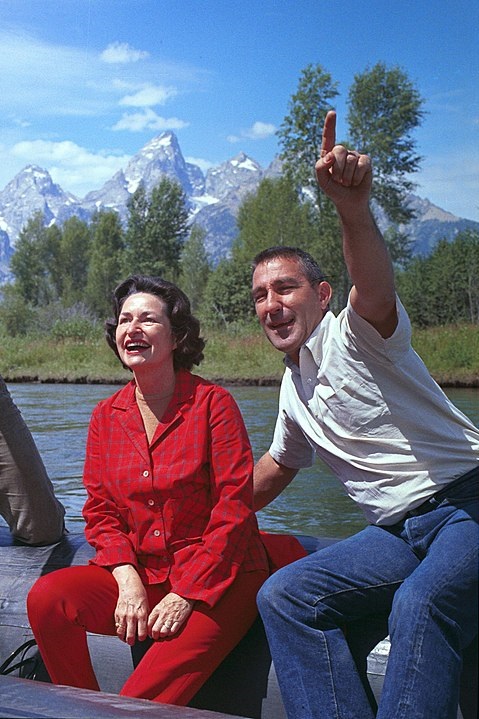 By no means was his work limited to the land. As Secretary and in his private life, Udall also worked for racial justice. He fought successfully to end Jim Crow era segregation at the University of Arizona and broke with the Mormon Church over its refusal to allow Blacks in the priesthood. As Secretary, he ordered the active recruitment of minorities for all Interior bureaus; appointed the first African Americans as park rangers since the time of the Buffalo Soldiers; forced the Washington Redskins (now the Washington Football Team) to integrate their team; championed self-determination for Native Americans; and fought for redress and compensation for Navajo uranium miners and other victims of the atomic age.

Discussing this transformative yet underappreciated conservation figure was John de Graaf, director of the upcoming PBS film Stewart Udall and the Politics of Beauty. John is a director and writer with 43 years of PBS experience, 15 national PBS programs, and the winner of more than a hundred film awards. Many of his films deal with environmental and racial issues, including David Brower and the Sierra Club, fair trade and product certification, and the Japanese-American internment camps during World War II. (The trailer for his new film is online here.)

Funding for this lecture is provided by the Forest History Society’s Lynn W. Day Endowment.