From “Invalids need not apply”
to “Black Foresters Wanted”:
The Forest Service in the Civil Rights Era

A Virtual Talk by Donna Sinclair

Early-20th-century images of the U.S. Forest Service typically show the “rough and ready ranger,” the manly cowboy’s cousin who traveled by horse or mule, packed a gun, built ranger stations with hand tools, strung telephone wire across the backcountry, and cleared the way for public forest access. In the Southwest, he had to “know enough Spanish to conduct reserve business with Mexicans,” but “invalids seeking light outdoor employment need not apply,” noted the 1906 edition of the employee handbook called the Use Book.

African Americans and other people of color remained largely excluded from forestry work until the late 1960s. Then, in the midst of an era of civil unrest, following passage of the Civil Rights Act, the Forest Service created the Tuskegee Pre-Forestry Program, a seminal effort in moving “Toward a Multicultural Organization” by the 1990s.

From the Tuskegee story to Gloria Brown’s appointment as the first African American female forest supervisor in 1999, the the storied agency provides unexpected lessons in civil rights action and representation, begging the question: What can the Forest Service teach us about civil rights today? In the talk “From ‘Invalids need not apply’ to ‘Black Foresters Wanted’: The Forest Service in the Civil Rights Era,” historian and author Donna Sinclair discussed the overlapping complexities of environmental law, social policy, and race in twentieth century America. Click here to watch the presentation. 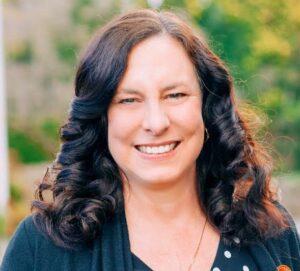 Donna Sinclair is a history professor at Washington State University-Vancouver and Western Oregon University. She has written for the National Park Service, ran the Oregon Historical Society Oral History Program, and has managed major oral history projects throughout the Pacific Northwest. She has presented dozens of community-based and academic oral history workshops. A museum professional, she has curated exhibits for the Clark County Historical Museum. Sinclair’s awards include the K’EtSi-Yeu-Yeu Award from the Nez Perce Tribe in 1999 for documenting the incarceration of the Red Heart band at Fort Vancouver, the Columbia Slough Watershed Council’s Achievement Award in 2002, and the Catherine Prelinger Award for non-traditional women historians in 2013. With Gloria Brown, she’s co-author of the memoir, Black Woman in Green: Gloria Brown and the Unmarked Trail to Forest Service Leadership (Oregon State University Press, 2020).

This event is made possible with funding from the Lynn W. Day Endowment.