"The Ecology of Erasure: Soil Erosion, Landscape Conservation, and the Greening of the South" 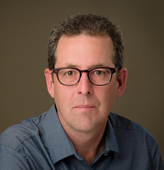 Dr. Paul Sutter, associate professor of history at the University of Colorado, delivered the 2015 Lynn W. Day Distinguished Lectureship in Forest and Conservation History. His talk was based upon the concluding section of his new book, Let Us Now Praise Famous Gullies: Providence Canyon and the Soils of the South, which looks at the ways in which the signs of the massive soil erosion that accompanied tobacco and cotton agriculture in the 19th and early 20th centuries became hidden beneath a mantle of trees during the postwar years. What Thomas Clark long ago called “the greening of the south,” Sutter calls the “ecology of erasure.” Sutter discusses the relationship between soil erosion and the creation of a suite of Piedmont national forests that exist today where once there existed terrible erosion.

The 2015 Lecture was held on Wednesday, November 11th, at 5:00 pm, in Field Auditorium at Environment Hall on Duke University’s West Campus (map of the area).